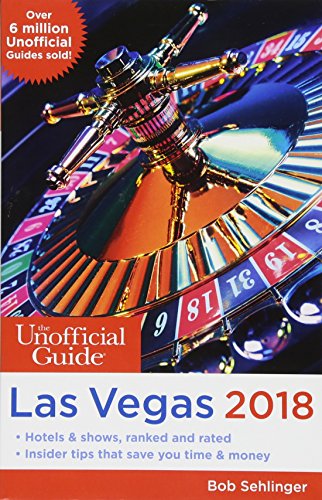 In October of 2006, I was asked by my sister and her husband to go to Las Vegas for ten days. Aside from the fact that my job was killing me and that I needed a break, Vegas was on my Bucket List of places to see before I got to my maker. It was an opportunity of a lifetime and so I didn't hesitate when they asked--I didn't even have to think about it. For me, it was a simple question with an easy answer. I started packing almost immediately. Our plane couldn't get to Vegas' McCarran Airport soon enough!

I must say, the sights, sounds, and people were amazing and that was just the terminal! There were slot machines inside the terminal! I sensed danger, like Spider-Man but ignored it. I was here to have fun. Just as soon as we arrived, we followed the escalators down to the sub-level to where we waited for what seemed like an instant for the high-speed Tram to pick us up to bring us to our luggage. I tried to control myself by not looking around too much but I couldn’t help myself. There was just so much to take in. I couldn’t wait to play some roulette and black jack.

By the time my sister--always the shrewd negotiator--got us checked into our rooms, I already had three Mojitos (remember James Bond’s, Die Another Day?) and won $875 at the roulette table. All this, and I didn’t even see my room! The great thing about Vegas is that many of the rooms are suites, complete with Jacuzzis, balconies, bars, and big flat-panel TVs. That’s just how they roll, I guessed. I didn’t regret coming at all when I was asked out of the blue, and also didn’t realize just how much I needed a break until I got there.

After a few days of drinking, dancing, gambling, eating, and LOTS of sleeping, my sister decided that we needed a change. She wanted to go and see the Grand Canyon and as the smart husband as he is, he complied. “Okay, hon,” he said. What a smart fellow! So off we went on this bus tour early the following morning. Where the heck’s the sun? I thought. When we got onto the bus and sat down, the bus driver had an announcement to make. For some reason, I thought it was bad news. In so many words, he told us that “something had come up” and that there wasn’t enough people on the other bus and exactly three spots were available for the much better but longer tour to the West Rim. “Does any one want to go?” The three of us looked at one another and then our hands flew up into the air in unison. We had no idea that we were going to get a rare treat at no extra charge.  Consequently, we got the Platinum Packaged Tour at the Aluminum Foil Price. Here’s what we saw:

In October of 2006, when I ventured out to the Grand Canyon's West Rim, the glass Skywalk was yet to be completed. It wouldn't be until March 28th, 2007 when famous astronaut Edwin "Buzz" Aldrin would take the maiden walk to commemorate the occasion. After having made the walk, he was quoted by the Reuters News agency, saying: "I felt wonderful, not exactly floating on air...But a vision of hope for the future." BBC's Andy Gallacher who went on the Skywalk remarked that the glass beneath his feet was so clear it was like walking on a cloud. The Grand Canyon Skywalk is owned and operated by the Hualapai Nation who built the attraction to earn some much needed cash.

Extending 65 feet beyond the edge of the Grand Canyon, the Skywalk offers a one-of-a-kind view of the Grand Canyon at 4,000 feet above the ground (please take a look at the graph on the right). Horseshoe-shaped, the Skywalk's walls are made of 4-inch thick glass so visitors must wear special non-scratch socks as a precaution when taking in the magnificent view. In itself, the construction and engineering of the Skywalk is astounding as it can hold up to 70 tons or 14 African Elephants and withstand winds of up to 100 miles per hour. The price of admission to walk the "walk" is currently $33 a person after the 7% tribal tax.

What I personally enjoyed most about visiting the West Rim is the fact that it was uninhibited. There were no railings (to the chagrin of many) and there really wasn't many people there. I enjoyed the serenity of the scenery, the stillness of the air and the tribes people of the Hualapai Nation who were very informative and friendly towards their guests. I didn't get my teeth knocked out when taking any of my pictures and wasn't pushed or shoved when getting on or off the bus. I even made a couple of friends and managed to not getting into any fights.

I really enjoyed seeing Eagle Rock...The first picture is mine. If I were to take the second picture, I would've needed to be aboard a helicopter or quickly falling to my doom, as I leaned over the edge of the cliff so much that both my sister and her husband were screaming for me to step back. Funny as it may be, I am afraid of heights but while there, I had absolutely no fear of falling for some reason.

Being that we were official touring around the Hualapai Reservation, which section was also called West Canyon, Eagle Point, and to the surprise of many, Guano Point. Yes, as in poop. Once upon a time before synthetic fertilizer was invented, men used to collect guano from one of the biggest known bat caves in the U.S. Bat guano is actually very rich in nutrients.

The Hualapai had on their reservation an outdoor museum which I found to be amazing. For the most part, we were asked to stay on the trail. We were able to enter a few of the tee pees and dwellings per our guide and were able to take as many pictures as we liked.

When we came across a little mound of clay with a hole inside it, I tapped my sister on the shoulder and pointed at the clay mound. "Look!" i said. "It's Molly's house!" In response, my sister began to crack up and no one else knew why. Molly is a Pekingese that my sister owns. For any of you that know my hub: Write a 55-Word Story, you'll know that she's in the one photo I have on that hub. Our tour guide then glared at me to the point where I wanted to apologize (and didn't know why). You'd think I punched the guy's little sister in the face, the way he looked at me. Any how, I thought the joke was funny. Turns out that clay dog house was a fire-pit. Very cool.

One the coolest things that I saw while at West Canyon was a fossilized seashell. Our tour guide told me that the Colorado River that once flowed through the Grand Canyon proceeded after the Pacific Ocean flowed through it millions of years ago and here was the proof. I had no idea of this at the time. When learning about Mars another time, I found out that the Martian Canyons are seven to ten times deeper than the Grand Canyon. That would then lead many to believe that Mars was once very much like Earth with an abundance of water.

Lastly, our tour group were treated to a Circle Dance which lasted about seven or eight minutes. It took a great deal of hand and eye coordination, not to mention footwork, as the circle dancer is required to skip hoops or circles on the floor and twirl them with all his limbs. It was very impressive. The speaker told the story about circles and about how important they are to his people. If you've seen Dances With Wolves, you'll know that to the Plains Indians, circles were extremely important as they are constantly recurring in nature (i.e. the migration of the Great American Buffalo).

Some of My Newest Hubs

Would you walk the Skywalk?