My Dream of Traveling

Let me tell you a little about myself to give you insight on my inexperience. I'm a 42 year old single mother of two teenage boys. My time and finances do not allow me to do much traveling far from home. Sadly, my 8 year old passport had only one stamp and it was from Cancun, Mexico, which some may argue doesn't count as leaving the U.S. However, when opportunity came my way to travel abroad then you can bet your bottom dollar this small town chic was going to pack her bags. It was time this woman leave her sheltered life and experience her dream of traveling.

The day had arrived for my journey to Africa. I dropped my children at school and headed from my small town just outside of Birmingham, Alabama to a 3 hour drive to the Atlanta International airport. I arrived very early because I was so nervous about going through customs and unsure how long it would take. I was meeting a friend but we would not be together until I arrived in Dubai, the first stop on my flight. As I sat waiting to board my flight, the first of many incidences took place. I sat alone, with my little pink carry on, my purse, and my book. I, a white, American, Christian female, traveling alone outside of America. As I looked around, the room had become very crowded with people of foreign nationalities. They mostly seemed to be what I assumed Arabic or of Muslim religion due to the style of dress. Keep in mind, I am completely ignorant to life outside of my sheltered home. Then I heard my name over the speaker. I was asked to please come to the information desk. It seemed that since I had checked in online, I had been red flagged. This meant that my carry on and my purse had to be rechecked and my passport verified. I must say that out of all the people in the room, I guess I did look suspicious 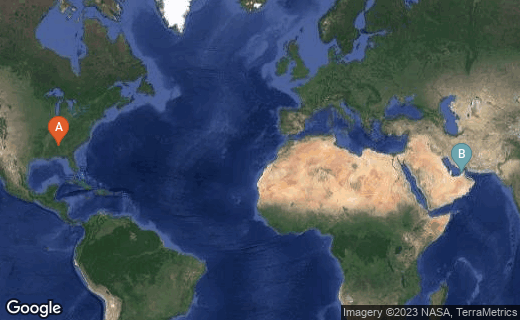 I had boarded the plane at 10pm on Friday night. The plan was to stay awake, eat dinner, watch some movies then take some Advil pm and sleep. That plan would have worked great had it not been for the glass of wine I had with dinner. The longest flight before now that I had been on was two hours. Keep in mind that I can hardly sit through a two hour movie without getting bored. Aside from my stomach rumbling and the nauseous feeling for several hours, the flight wasn't so bad. Before I knew it time had gone from 10pm Friday to 8 pm Saturday. Yes, it was not only a 14 hour flight but also a 9 hour time difference. I had lost an entire day of my vacation on that flight. Now to meet my friends and spend 6 hours on the ground, or in the airport.

I Was so excited to finally see familiar faces as I met my friends in the airport in Dubai. The 6 hour layover flew by and before I knew it we were boarding the flight to Kenya. I had lost all perception of time at this point but I believe it was somewhere around 3 am. Five hours later we were flying over Mt. Kenya and landing in Nairobi. We were taken through customs where I learned that being American doesn't mean I'm welcomed with open arms. I was made to fill out an application for a Visa and shocked to learn that my $50 fee couldn't be paid with my $100 bill because it was older than the year 2000. Finally I was allowed through and collected my bag and we loaded the safari bus and started on our five hour journey to the campsite in Mesa Mara. 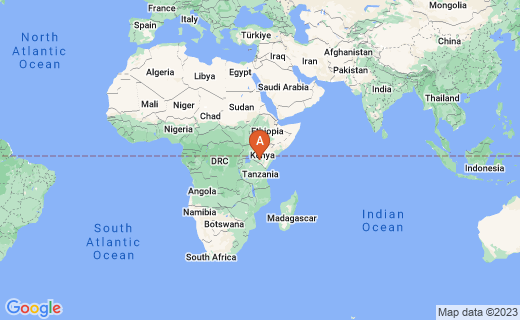 The ride from Nairobi to Mesa Mara was indeed scenic but much to my surprise the last three hours of this ride was on a dirt road. It was a very bumpy, dusty and hot dirt road. For those that know me, know that I'm a large breasted woman and for travelers such as myself, it makes for an uncomfortable ride. At the end of the day, I was in need of therapy Or at least a better support bra. As we were nearing the campsite, it became clear to me that we were very far away from civilization. We came upon a bridge that had recently collapsed. The only way to the campsite was to go around the bridge through the mud and as you probably guessed, we became stuck. We all exited the vehicle and tried to push. Yes, tourists were pushing the bus as the driver spun the wheels and covered us all in mud.

Suddenly from out of nowhere appeared a group of school aged children. They immediately went to work gathering rocks to place under the wheels to give leverage for the bus to drive out of the mud. They were speaking Swahili, which I did not understand. I had the translator app on my iphone but of course the battery had died many hours back while in transit. I then noticed that several of these children were staring at me and smiling. There were twelve others in our group so I couldn't understand why they were only looking at me. Then I heard one of the boys mutter the word sweet. I quickly made my way back to the group where I expressed concerns. I didn't know what sweet meant in Swahili but these kids looked hungry and they were smiling at the chubby chic. I feared they wanted to eat me. My friends all laughed and explained that there aren't any cannibals in this country. I wasn't sure if I believed them so I searched through my bag where I had m&ms and Reese pieces. I decided to fill them up on candy just in case. The boys were thrilled! You would think it's the first time they had ever eaten candy. An hour and a half had passed and the safari bus was now out of the mud and we were ready to continue on our journey. In less than an hour we had arrived at our campsite in Mesa Mara.

Upon arrival at camp, we were greeted by Kenya natives who spoke both English and Swahili. They showed us around camp. I, not being a very "outdoorsy" girl, was interested to see this camp which was listed as luxurious accommodations. I couldn't imagine any type of camping to be luxurious. As the woman showed us our tents she instructed us to lock our luggage because the monkeys are known to open the tents and take guest's belongings. I insisted on having a cabin. I didn't mind missing out on the whole campsite, sleeping in a tent experience. We then learned that we would only have power from generators for one hour per day. I could list numerous things I didn't like about this place but my friends reminded me that it's a campsite in the middle of an African wilderness and not a Hilton Hotel. Everyone seemed thrilled with the accommodations and since I had taken all my vaccinations I figured I'd just try and make the most of it and not complain. The workers there were extremely sweet and helpful. They had breakfast ready each morning, lunch packed for our safari every afternoon and dinner ready when we arrived back at camp in the evenings. I chose not to eat while staying there just for the fear of the unknown. I did have a slice of toast each morning.

After a good nights sleep I was awake, packed and ready for safari. I met my group in the dining room where they were eating breakfast. They all laughed as they saw I had a backpack full of supplies. I am a momma that comes prepared with a change of clothes, a light jacket, phone, camera, sunglasses, binoculars, notebook and pen, sunscreen, insect repellant, ibuprofen, antihistamine, band aids, cortisone cream, alcohol wipes, antacids, nausea pills, Imodium, and anti bacterial wipes. They all laughed but each one dipped in that bag daily. We once again loaded our safari bus and we were on our way. The land was stunningly beautiful with endless grassy fields, high mountain peaks, winding rivers, and blooming plants and trees. There was an abundance of wildlife. Everywhere we looked we saw wildebeests, gazelles, buffalo, hedgehogs, monkeys. There were zebras running freely through the fields. We had to stop as two young giraffes crossed the road ahead of us. We saw hundreds of elephants traveling across the plains. We happened upon a pride of lions resting under the shade of a tree. A cheetah curiously circled our bus. Then Paul, our safari guide, stopped along a river bank for us to see the hippos in the river. I was amazed to learn that what I thought were large boulders were actually hippos cooling in the river. We saw birds of all sizes and colors. The most amazing to me was to see groups of animals grazing together. It looked like a scene from Noah's Ark. The only animals we were disappointed to not see were the rhinos. We were told that they are hard to spot this time of year. I was also very saddened to learn about the endangerment of the rhinos due to poachers killing them for their horns. After three days, our safari had come to an end as we had seen all we could see.

Before leaving the wilderness, we went for a walk through the village just outside of camp to meet the villagers. For me this was a very humbling experience. These people were hard working families. They live in total poverty. They have no electricity or running water. They wash in the dirty creek. They raise their cattle, goats and farm the land for food. The soil was very dry so the crops were not plentiful. The cattle were poor as well because feed was not sufficient. The children wore no shoes and had dirty hands and faces. they had what seemed to be nothing to me yet they all wore smiles on their faces. These were the sweetest people you will ever meet. They welcomed us into their tiny shack homes and offered us what little food they had. They prayed daily and gave thanks to their God for their many blessings. If I gained nothing else from this experience, I gained appreciation. We then had to say goodbye. The first part of my adventure had come to an end. However, the second part was just beginning.