The Summer Institute for Training in Biostatistics: experiences and lessons learned from a summer in Minnesota

Four days into the SIBS program, I felt lost as if I had been marooned on an island.

Using data from the MRFIT trials, my teammates and I tried to write a computer program that would help us see if race, smoking or diabetes could be a reliable predictor for a person’s six year cardiovascular disease mortality rate. I had minimal programming experience. I felt proud of my first (and only) program that I wrote, a short program in C++ that would calculate the perimeter and area of a rectangle. I had some experience using Mathematica. As my fingers clicked away, I appreciated the SAS language's syntax, which seemed more intuitive to me than C++. Even then, relative to my peers, I continued to type away slowly. By the time I completed writing the program, my group mates finished composing the lab report and packed up to leave.

I had a flashback from earlier in the morning. The biostatistics professor took a survey in class to find out how many male and female students wore socks versus how many did not and drew a four box chart to organize the data. She then asked our cohort to find if there was an association between sock wearing and gender. I could not figure out where to even begin. I glanced over to my teammates discussing amongst themselves how to approach the example problem.

“What's that test you use to measure variation in your data?”

Kai square what? That sounded like a name for a sushi restaurant. My eyes began to water as I continued to type the rest of the code.

The Summer Institute for Training in Biostatistics (SIBS) is a summer program funded by the National Institute of Health. Created because there is an imbalance between the supply and demand for biostatisticians, this program provides the opportunity to expose students to the this field by providing seminars from working biostatisticians and epidemiologists, utilizing the languages SAS and R to analyze the data collected by the National Heart, Lung and Blood Institute as well as receiving advice in regards to graduate school. Our cohort also received lectures to give us a foundation into public health and statistics as well as managed two projects by collaborating in groups. Currently there are eight universities that host SIBS programs around the United States. I participated in the SIBS program hosted by the University of Minnesota. Biostatistics in a nutshell, could be described as applied statistics to help analyze data generated from biology, medicine and the health sciences. The field has overlaps with other fields such as epidemiology as well as pure statistics.

But it wasn't all work and no play. Out and about in Minneapolis 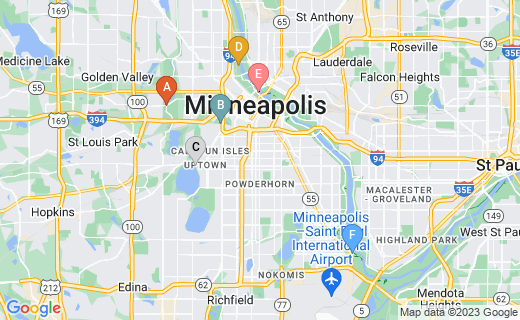 My first week on the program could be described as a trying and difficult one: but it did have a happy ending. Later as I returned back to our dorms from the lab, my suite mates invited me to a quick shopping trip. Afterward we bonded over a game of Phase 10 and our shared overwhelming feelings about participating in a program with bright students from around the country. In addition to lectures and seminars our cohort took field trips to Medtronic as well as the Mayo Clinic to get a feel for biostatisticians working in the industry.

Ava drew six dashes on the whiteboard and turned to face us. Silence.

She wrote the letter to the side of the board and drew in a circle for the head.

“A.” She drew another arm onto the stick figure that came into being with every wrong guess. We exhausted all vowels. What was this word? Actually, what the heck were we doing?

As we waited for the Mayo Clinic facility tour, we decided to play hangman on the lecture hall whiteboards. I laughed inside my head at the group of us crowding around the whiteboard, taking the austereness away from this prestigious trip.

While our group played hangman, the doodlers continued to draw random cartoons on the other half of the board.

“What’s that supposed to be?” Calvin pointed to the furry creature in the trees.

I looked at its face. Where I felt there should have been two slits for eyes instead Jasmine drew with two black dots.

“Isn’t it more like this?’ I erased the two pointed dots and redrew them to almond-shaped eyes parted in the middle with black slivers for pupils.

“Yeah~ more like that,” Her eyes brightened with new inspiration as she continued with the drawing. I glanced at the hangman crew still deciphering the mystery word.

One M at the end of the word.

Two H’s. David snapped his fingers, gestured with his hands as if to conjure the word from air. “Rhythm!” Ava filled in the missing letters to the mystery word. Everyone went “Ohh.”

“It’s harder to figure out the words without any vowels."

Pepin, Wisconsin is a village located along Lake Pepin, the largest lake by the Mississippi River. Founded in the 1850s by a pair of frenchmen, the village is known as the birthplace for Laura Ingalls Wilder, the author of the Little House on the Prairie series.

In my everyday life, I would call myself a homebody. Most weekends I would rather stay home and cook than explore what Los Angeles has to offer. But away from home, I catch the travel bug. I miraculously become more adventurous and seek out new experiences. I hiked during the night to see fireworks in Edinburgh. I forced myself not to use English in Spain. Street performers sang for us on a metro in Paris. I almost never want to stay at home, always planning ahead what to do the following weekend.

In Minneapolis, I rented a “zip bike” much like the Zipcars we can rent throughout LA. I tried cheese curds. When I realized that the Wisconsin border was only 25 miles outside of the Twin Cities, I knew I had to drive there.

The waves sloshed around my ankles, making my feet sink deeper into the sand. Sunlight shimmered on the water’s surface as if scales on a fish. This looked more like a beach: my second weekend in Minnesota the SIBS gang and I went to the “beach,” Lake Calhoun located in Minneapolis. I looked forward to going to the lake. I imagined a quiet lakeside surrounded by evergreens with a pebbly beach. Once we arrived, the crowd lay sunbathing on their beach towels. Children played on the jungle gym and swing set in the distance. Kayakers and boaters skimmed the water in front of the trees that lined the edge of the lake. Growing up near the ocean, where the sand dunes seem to stretch for miles and the water stretches to the horizon line, I couldn’t be convinced that this ribbon of sand could be called a beach.

Earlier in the day, I almost did not make it to Lake Pepin. My roommate and I planned to rent a car and drive from Minneapolis to Wisconsin but she fell ill at the last minute. I didn’t know who else to invite. The SIBS gang reminded me of myself, people who take longer than others to get used to new people and surroundings. But caught by the travel bug, this didn’t sit well with my sense for adventure. For a second I thought about not going. But I didn’t want to regret what I would have missed. I decided to take the trip by myself.

My journey to Pepin, Wisconsin 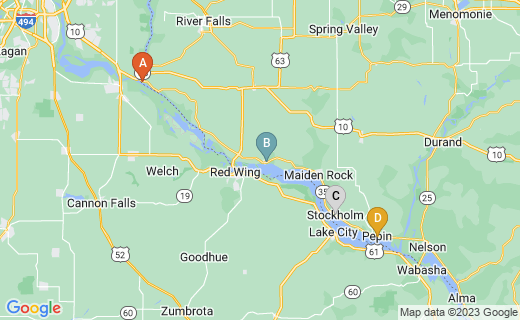 I made a few stops on the way to Pepin. I first stopped at the Visitor’s Center in Prescott, where I got a road map which showed the highways much better than the ink and paper map I copied from Google Maps’ directions. I made another stop in Bay City where I stopped at a gas station asking if there was something wrong with the gas meter in the car. After driving for over 60 miles, I felt concerned that the digital needle did not move at all. The mechanic told me the car was fine, it had really good milage.

Standing next to the lake, I watched children swim in the water while a pair of friends played with their dogs among the waves. I knew I made the right decision to come.

In the serene ambience my minded drifted to my experience from Yellowstone, how fortunate I felt to be able to travel out-of-state for two consecutive summers. I remembered the Mount Washburn hike and how I reflected on where my life was going. Those thoughts re-emerged in my head once more, but unlike the year before, I didn’t feel a pull to draw myself out of despair. I felt that becoming accepted into the SIBS program reaffirmed to me that I’m doing the right thing, that I should pursue my past educational goals, despite its challenges.

The absence of a salty breeze reminded me that I wasn’t looking at an ocean. I turned my gaze from the vast water toward the tiny pebbles scattered among the sand. My hand brushed over the stones, looking for the prettiest ones. I decided I wanted to take a few home, just like how my dad does when he goes on road trips. I also reflected on how much I grew as a person. Sometimes I felt like a grandmother compared to the rest of the SIBS gang. Many of them were in a stage where they are still figuring out who they are, a life dominated by grades and school. I am no life guru, and I know I am still growing as a person, but the insecurities I held in my teens such as being liked by a certain group of people, maintaining a near perfect GPA, those things didn’t hold as much importance to me anymore. I could never have imagined in high school that I would one day be comfortable enough to be part of a group but then act out on my own despite no one else wanting to follow my lead. I became aware that there are joys that come from being immersed in the working world such as interacting and learning from colleagues at various life stages or the pride that comes with financial independence.

I raced against the sun to return back to Minneapolis before dark. I went home with a calculated leisure compared to the drive to Pepin ( I made sure to make time to take pictures of the limestone cliffs and farmland that I passed on the way there). As I drove following the waning sun, Some Nights by FUN began to play on the radio:

But I still wake up, I still see your ghost

Oh lord I’m still not sure what I stand for

What do I stand for?

What do I stand for? I would like to say a beatnik that can appear in a Kerouac novel but no, I haven’t been risky enough to be considered an outlaw. Perhaps I stand for the ones that stubbornly pursue what their hearts set out to find. A daydreamer that has a need to imagine just as much as be analytic.

The Summer Institute for Training in Biostatistics: experiences and lessons learned from a summer in Minnesota by StellaSee is licensed under a Creative Commons Attribution-NonCommercial-NoDerivatives 4.0 International License.