I have something in common with the Orville and Wilbur Wright. The three of us consider our home town Dayton, Ohio. The Wright Brothers are known for the first manned flight.

The first flight occurred in 1903 while they recorded a flight in 1905 that lasted nearly twenty-five miles. They continued to improve aviation and demonstrate their inventions to the world until Wilbur’s death on May 30, 1912 and Orville’s death in January 30, 1948.

Dayton has been recognized as the National Aviation Heritage Area and we Daytonians pride ourselves in our city’s history. The Aviation Heritage Trail highlights multiple locations in Dayton, Ohio, honoring achievements in aviation. When focusing on celebrating the achievements of Orville and Wilbur Wright, the Wright Brother National Memorial in Kills Devil Hills, North Carolina must not be overlooked.

To admire the achievements of the Wright Brothers, consider visiting the multiple historical sites in Ohio and North Carolina. 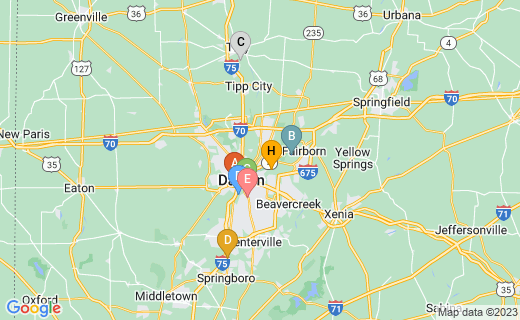 Carillon Park is best known for the large carillon bells seen as you enter the park. This history rich park has twenty-five educational building including a display of the original Wright Flyer III famous for its 1905 flight.

My children also enjoy the National Air Force museum. The Early Years highlights the Wright Brothers, but our kids really enjoyed the unique artwork on the side of planes on display that flew in various wars. Additionally, the kids were able to sit inside a cockpit and go into a three story room filled with rockets and missiles. They were in awe.

Four Must Sees at the Wright Brothers National Memorial at the Outer Banks, NC

Located in Kill Devil Hills, North Carolina, the Wright Brothers National Memorial was unveiled in 1932 with Orville Wright in attendance.

Kitty Hawk is often noted as being the first in flight, but Kill Devil Hills is the incorporated city which can claim the exact location of the Wright Brother's flights.

The Wright Brothers were inventors that imagined man's ability to fly. They took two boats, two trains and an oxcart and headed for the Outer Banks to test their flier. Through trial and error, they achieved their goal of the first successful, powered, piloted flight.

I grew up off Wright Brothers Parkway in Dayton, Ohio. I attended Carillon Park for field trips as a child. My children enjoy the National Air Force Museum on a regular basis. We made our first trip to the Outer Banks of North Carolina on the way to our summer vacation.

Seeing the Wright Brothers National Memorial was a must see for me as much as an educational opportunity for my children. As we stood in the path of the Wright Flyer of 1903, I could imagine two young men eager to see if their perseverance had finally paid off. I imagined their mixed emotions ranging from fear, anxiety, excitement and wonder.

I was born in a city two inventors called home and where years of brainstorming and trial and error occurred.

I stood in the path where their blood, sweat and tears became reality.

We took a moment to applaud their journey.

Books on the Wright Brothers