My Brother lived in Birmingham till he was nearly thirty years old, just down the road from my Mom and Dad. And in all that time my Mother always did his washing for him. When she heard I was moving back here she rubbed her hands in glee. "Oo good," she said. "I can do your washing." Well I wasn't going to allow myself such an indignity, but we agreed on a compromise. I'd come over for Sunday lunch, maybe. One day.

The following Saturday my Dad rang me up. "Your Mom wants to know if you're coming over tomorrow. Only we're just going shopping. She wants to know whether to get extra vegetables or not."

So that was that. In the game of Happy Families, Mothers hold the trumps.

"What time should I be there?" I asked.

When I arrived the following day my Mom said, "Dad can't go for that drink after all. He's got a funny tummy." We drank Spanish Brandy instead and a bottle of my Dad's home made Elderberry wine. So much for his bad stomach. I guessed that Mom had played another of her trump cards. She wasn't going to allow him to have me all to himself.

We were talking about old times, sitting around in their comfortable sitting room, with the gas fire blazing. "Remember that friend of mine, Joe?"

"The clever one, with the auburn hair? The one who was offered a place in a Grammar School but turned it down?"

"That's the one," I said. "Well I went to see him a few months ago. He lives in Weston-super-Mare now. He told me he used to fancy you."

"Is he an oldest child?" she said, trying to be modest. "The oldest child always fancies older women."

"He's not exactly a Toy Boy," I said. "He's got three kids. One of them is at University."

"Well he's a Toy Boy to me," she said. "Younger than him anyhow," she added, indicating my Dad, who was just coming in from the kitchen.

"Why do I always get the feeling you're laughing at me," my Dad said.

"I dunno. Something in waste management, I think."

"A bit more posh than that," I said. "He's middle class these days. He writes books on the subject. He still supports the Villa though. He's a member of an Aston Villa supporters club on the Internet. Spends his time doing reports on Villa matches to fans in Norway and Australia. The funniest thing is that he wears a baseball cap while he's on there, with 'Internet Villans' written on it. He wears it at matches too, so that all the 'Internet Villans' can recognise each other. Don't you think that's sad? And there's something else too," I added. "It was really strange. I was walking down the stairs one night and I suddenly thought: 'it's just like being in Mom and Dad's house.' When I pointed it out to him he agreed. He told me that when he first visited here he thought, 'now that's a proper family home.' I get the feeling he models himself on our Dad. He even looks like him. Same shape."

"Bay windows. People who are brought up in council houses always want to own a house with bay windows."

But I couldn't remember if my friend had bay windows or not. She was right in one respect though. Both my friend and my father have stomachs specially constructed to look like bay windows.

We drank Spanish Brandy instead and a bottle of my Dad's home made Elderberry wine. So much for his bad stomach

Later, at the dinner table, they were telling me about their holiday in Tenerife. They'd gone to see a show, a display of what was described as "Spanish Ballet."

"Dad didn't want to go. He thought it meant ordinary ballet. But I told him. 'Spanish Ballet is just Spanish dancing, that's all. Like flamenco.'"

"We quite enjoyed it actually, didn't we Mary? The costumes were great. And the women were real women, and the men were real men. Not like ordinary ballet, the men all prancing around in tights with their legs wide apart showing their thingies."

"It's all padding anyway," my Mom said.

Mom had cooked far too much. We had roast potatoes by the bucketful, a whole cabbage, peas, carrots, the lot. Mom said, "I don't know how much to cook for three. I'm only used to cooking for the two of us."

I couldn't finish my dinner. (That's what we call lunch in Birmingham: dinner). Dad said, "What I like about having your brother to dinner is that he's got such a good appetite." He said it like an accusation. I'm obviously deficient in the eating department.

We spent the rest of the afternoon in pleasant remembrance, talking about this and that, about the family, and what my brother and sisters were up to. They were pressing tea on me all the time, and my Mother kept trying to feed me. It was like I was a little boy, as if she was trying to feed me up. Eventually I had to go. They wanted to watch a film on the telly. They both came out to see me off, and waited while I backed out of the drive. I felt strangely incompetent. I was driving really badly, as if I had no right to be in charge of a motor vehicle.

So what is it about going to see your parents? No matter how old you get, you always seem to revert to some previous age. There's a kind of withering look my Mom gives me that still makes me cringe, guiltily, as if I was nine years old again.That's why I was having so much difficulty with the car. Nine year olds can't drive. 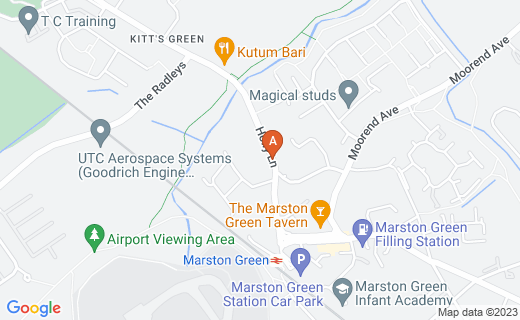