Things to Do and Places to See in Durban, South Africa

David has written several articles on a variety of topics. He writes here about what to do in the city of Durban, South Africa.

Durban is a city that lies on the east coast of South Africa and has a population of 3.5 million, including the towns that surround it. It is the biggest city in the South African province of KwaZulu-Natal. It has a large manufacturing sector, second to Johannesburg and is the most active port in South Africa.

The climate is subtropical and warm, summers are hot and humid while winter is relatively moderate and pleasant. Rains fall mostly in summer from November until April; occasionally there are tropical storms.

In the 1800's it was named after the governor of the Cape Colony, one Sir Benjamin d'Urban. The British started farming sugarcane in the 1860s and brought many labourers from India to work in the cane fields. It is believed that the area was first occupied by hunter-gatherers.

Durban is culturally diverse; Zulus are the biggest ethnic collective, there are many people of British descent living here and it has a large population of Indians.

Currently Durban is a popular tourist attraction as well as being commercially active through container shipping and other industrial activities.

The Golden Mile, started in the 1970s begins at South Beach and continues until the Suncoast Casino & Entertainment World. It hosts sunny beaches for swimming, surfing and other water sports as well as markets, a skateboarding park and various tourist attractions such as the uShaka Marine World.

Durban Has Much to Offer - Summary Of Tourist Attractions

Places To See, Things To Do 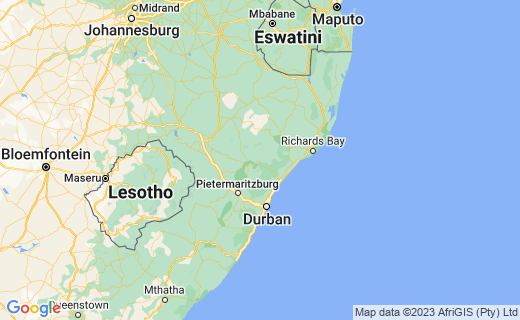