Things To Do In The French Riviera

Cannes In The French Riviera

Learn about things to do while visiting the French Riviera. Not just the typical tourist destinations. Consider visiting some of the not so highly trafficked parts of the French Riviera to gain the full experience of this unique region within Europe.

Fayence Provides A Respite From The Busy French Riviera

The French Riviera is the premiere destination for the wealthy elite in Europe, which adds a flavor of opulence to the region that attracts travelers of all backgrounds. Situated on the eastern side of France, along the Mediterranean Sea from the Italian border to Toulon, the French Riviera has some of the finest warm water beaches in Europe. During the late spring, summer, and early fall months, the beaches and nightspots in the French Riviera are crowded with tourists.

Promenade Des Anglais – Nice’s historic promenade with its extravagant hotels have been a focal point of the French Riviera since the days when wealthy British tourists started frequenting the area.

The Nice Markets – A walk through Nice markets in the old town section of Nice is a great way to get a feel for life on the French Riviera and perhaps pick up an item or two.

Eze – A medieval village in the French Riviera perched on a high cliff that offers spectacular views, picturesque scenes, and interesting architecture.

Musée Ephrussi de Rothschild – For those looking for a taste of how the super-rich enjoy their time on the French Riviera, this Italianate villa that is surrounded by spectacular gardens provides a peek.

Musée Picasso – An art museum in Antibes that features over 200 of Picasso’s pieces of artwork, and works by a number of other artists.

La Croisette Boulevard In Cannes – A famous boulevard in Cannes that hosts of number of luxury hotels and is lined with palm trees.

Grasse – The perfume capital of the world, which may interest those who like perfumes.

St-Tropez – The area of the French Riviera known as the “playground for the rich and famous”. Crowded during the high season, but worth a trip during slower times of the year.

Port-Grimaud – A taste of Venice on the French Riviera. The town is an artificial marina town that is both unique and picturesque.

Train Des Pignes – A steam train trip that travels from Nice to Digne and provides beautiful views of the French Riviera, as it winds through the hillsides.

Monaco – Monaco is a small independent country that lies within the French Riviera. Known for its opulence and scenery, Monaco offers a few spots worth visiting.

The Inland Part of the French Riviera | Fayence

The French Riviera not only offers some of the finest warm water beaches in Europe, it also includes a number of historic sites and scenic vistas in the hills that overlook the beaches. Many of the villages in the French Riviera have historic buildings and restaurants that attract visitors who are looking for a break from the crowded beach areas and want to explore the rustic inland areas.

One of the most noteworthy inland villages is Fayence, a small village with approximately 4,000 residents that is situated in the hills above the French Riviera in the Var region of France. Fayence has a picturesque historic section and 12th century castle. In addition to its historic charm, Fayence is home to a plane gliding center that is one of Europe's largest. Fayence also has three hiking trails that lead to nearby villages along small roads and off-road trail-ways.

Le France restaurant is located in the center of Fayence at 1, Grande rue du Chateau. The restaurant serves traditional French cuisine and features an outdoor terrace that overlooks the main street in Fayence. Trip Advisor says Le France is good for being: child-friendly, romantic, business, local cuisine, special occasion dining, and entertaining clients. The food is considered very good and moderately priced, with the fish dishes being especially praiseworthy. The atmosphere is described as lively, with a friendly waitstaff.

Sights In The French Riviera 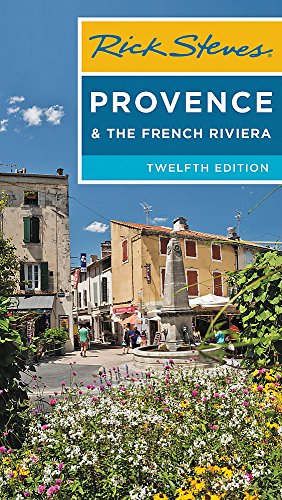 How To Get To And Around The French Riviera

Having a car while visiting the French Riviera is convenient for making day trips to the historic villages in the hills overlooking the region and to travel along the coast; however, it is not necessary. Plentiful public transit and taxi options are available in the French Riviera and surrounding regions to take tourists wherever they want to go. Having a car is nice to visit small villages and vistas that may not be accessible via public transit, but for most tourists a car is an expense that they do not need to incur while visiting the French Riviera.

Have You Visited The French Riviera?