Forget your visions of Dutch people running around on wooden shoes with tulips in one hand, cheese in the other and a joint between their lips beneath the windmills. Okay, we might be looking like that, but only when we know that busloads of tourists are coming. We like to fool the tourist sometimes. But I admit, for some foreigners it might seem we have some strange habits.

Next to the cheese, Dutch traditions like Delfts Blauw (Dutch porcelain on which they painted windmills and other kinds of Dutch things to satisfy the souvenir buying tourist) we have a lot of other food products to eat. We eat raw salted fish for example. Salted raw fish we call haring( yes herring), preferably with some onion. And do you know DROP? Try to pronounce it.

Black candy we like, sweet flavor or salted. Almost all of us like it here. We need to like it really, because most of the time it rains and the wind blows nicely. Especially autumn and wintertime. And then we get a cough and we just need to eat DROP.

Ow we’ve got a lot of those things here. I would love to hear you pronounce pepernoten, hagelslag, oliebollen, pannekoeken, and poffertjes. But I won’t get in to those. Unless you really want me to. And you don’t really want me to do you?

There is this other thing the Netherlands seems to be known for. Tolerance. Freedom of speech, gay marriages, the asylum policy, sex and soft drugs for example. Even though things are not that easy anymore. I’m not going to talk much about all of them. Freedom of speech is too much for me if even a guy like Geert Wilders can just say anything about foreigners, which in my opinion just is the start of more intolerance and hatred. And hatred causes wars.

Gay marriages. Since about 7 years this is possible here. But I think the gay population here hasn’t so much problems compared to other countries. I love the gay parade by the way, every year in Amsterdam were gay from all over the world come together. One big party. Not a dirty one, just fun and celebration.

Cannabis (and other soft drugs). Yes, it’s easy to buy them. Almost every town has a coffee shop. And in the main capital there are areas that are just filled with coffee shops. You’re allowed to own about 5 plants for own use in your own home and when the weather is good, you just have them in your garden. There are more soft drugs of course.

Now we get to the next. Sex. We seem to talk about it easily. At least the last two generations. The red light districts, even gay marriages are normal, so why don’t talk about sex? (The first one is one of the safest places to walk around here by the way in Amsterdam)There are always exceptions of course. It’s not just a case of Dutch values, but more personal. But we are not ashamed. Much Dutch television series show some nudity, sex education on schools for example, make it a lot easier to talk about those things. But I think this is more European than just Dutch.

No taboo when my sister shows her new Mr. Bunny on her birthday, or when my dad is talking about his sex life in front of everyone or when I ask my son if I have to buy him condoms already.

There are “toy stores” in almost every city and they make it hardly a secret what they sell. Fetish or no fetish, there are stores for everyone. I remember shopping in Holland with some American male friends from the base who got almost embarrassed when I walked into the store with one of the Korean wives to buy some fun stuff for the guys. So that brings me to the question; did they fear intimacy? Or did they rather have one of those dolls that Christoph wrote about? No taboo makes it all so simple to talk about.

Is it typical Dutch?

Or just typical me?

What do you think is Typical Dutch? 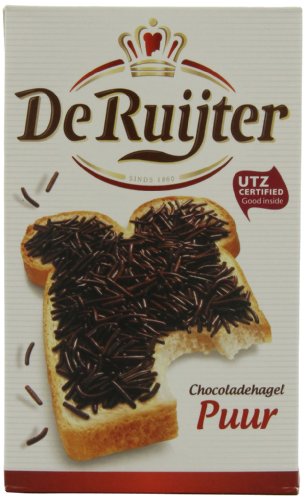