Scottish and Finding Our Ancestors Home

I am part Scottish! My father's father's father came from Scotland and ended up crossing the plains with the Mormon Pioneers to Utah. I never dreamed I would be able to travel there, but we were able to exchang our timeshare in Vegas for one in the highlands of Scotland. I searched for weeks for a good fare. Then I found one pretty reasonable online. We would travel from Salt Lake City to Boston, Boston to Paris and Paris to Edinburgh – long, but at least it was broken up so we could have a little rest in between.

We traveled from Hawaii, where we lived, and met Dad at the Salt Lake City airport to start our journey. Everything went pretty smoothly until we reached France. We had only a one-hour layover and found out that we needed to be in another terminal, for which we had to take a bus. We were literally running. We finally got to where we thought we were supposed to be, but the gate that was on our boarding tickets was not the flight to Edinburgh. So, frantically we checked the monitors to find our correct gate and just barely made it on the plane before it took off. Whew! Dad was a real trouper, and I’m sure he was wondering if he had made a good decision in coming with us.

Air France was a nice airline as far as food, but the seats weren’t very comfortable. We all had tailbone issues and we all had our pressure socks on which helped us with leg pains. Luckily we had some blow-ups and we tried them on our necks and our butts.

All in all it took about 15 hours of flying to get from SLC to Edinburgh. We were glad when we finally made it and quite happy and surprised that our luggage made it too. We had to walk quite a ways with our luggage to get to the rental car area.

The drive to our timeshare for a week was amazingly beautiful. The rolling hills, wildflowers, green foliage and forests were gorgeous. I felt like we had been in a time machine and thought of our ancestors and why they might have left this lush country. It reminded us of when we traveled to New Zealand, because there were forests mixed with ferns. Of course, we were driving on the left side of the road, which in itself was quite an adventure. We spotted a few castles on the way, and it was hard not to stop and go in, but we needed a bit of a rest. We had crossed several time zones and had lost a few hours, so it was an adjustment for our bodies and minds.

One of the many castles in Scotland

What I learned from our travels in Scotland was that you do not need traveler's checks, but visa and master card are accepted most places. We used Sterling pounds. We drove through the highlands and the lowlands and thought we saw the Lochness monster in one of the lakes near our accommodations. We saw people playing rugby, many sheep on green fields, went to about a dozen very impressive castles and ate the most luscious dairy products I had ever tasted.

All in all, we had a wonderful time in Scotland, but next time we will make sure to have at minimum two weeks to see all the sites. My father and husband tired of the castles way before I did. I would love to go back to see more. I loved the yogurt in Scotland - so many flavors, including rhubarb! It was so lovely there with the rolling hills and tidy little villages. 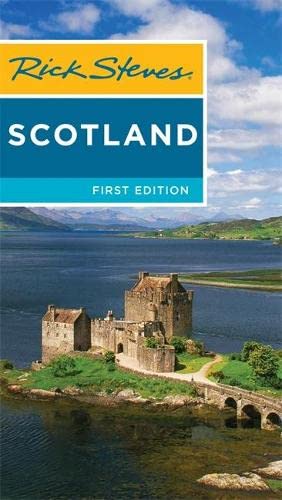 Have you been to Scotland?

Rate Scotland as a Travel Destination