India, the seventh largest country in the world, has a large coastline of 7517 kms. In particular, the Southern part of India is surrounded by the Arabian sea in the southwest and Bay of Bengal in the southeast. It has numerous beaches spread over different parts along the coastline as well as in many inhabited and uninhabited islands.

Tourists from all over the world are attracted by the sea, sun and sand available at these beaches in India and many of them have become popular destinations. Many picturesque beaches and the facilities for enjoying marine life there along with beautiful resorts developed, will continue to fascinate tourists along these coastlines.

Just 16 kms away from Thiruvananthapuram, the capital city of Kerala state, there is internationally known beach at Kovalam. Three adjacent crescent beaches make it a magnificent destination for tourists to enjoy specially organised cultural programme in addition to usual sunbaths, swimming and herbal massages and other activities. Touch of fine sand, views of coconut trees and all budgets restaurants with plenty of seafood make it a unique experience. There is a Lighthouse also for which it is famous.

Relatively less explored but still popular among students is Kapu (also called Kaup) Beach in the Udupi District of Karnataka State. It has an additional attraction of a Lighthouse built on a rock boulder long back in 1901. The might of the Arabian sea can be experienced by the tourists by the roar created due to striking of waves with rocks present along this coast. The Lighthouse was erected, perhaps, to warn the sailors about the danger they may face in the presence of rocks. Tourists are allowed to go atop the Lighthouse to have a panoramic view of the Beach.

Located at one of the most popular tourist destinations Kozhikode (previously called Calicut) in Kerala State, this beautiful beach is of historical importance to India and the world. Vasco da Gama, the Portuguese explorer, along with 170 men happened to land here in 1498, paving the way for spice trade with the world and socio-political interaction with Europe. The Beach is quite calm and pollution free and the sunset view is fascinating.

West Bengal State also has a few beautiful beaches, New Digha being one of the most popular. It is quite crowded, specially on Sundays and Holidays and Kolkatans love to go to this place with friends and families on weekends. Just 2 kms away from the Old Digha Beach, this eastern coast of India attracts many for romantic trip, sunbaths and availability of cashew nuts, seashells and other souvenirs for the tourists.

About 16 kms from Kasaragod in Kerala there is a Fort at Bekal which is a well preserved historical structure. Built in 1640 AD, this landmark remained a strategic military station used by Tipu Sultan and later by the British. Circular platform on the west provides a wider view of this splendid Beach having lot of palm trees. Installation of two sculptures with beautiful murals has enhanced the beauty of this Beach significantly.

Some tourists believe that Radhanagar Beach is one of the best beaches in the world. The waves here come on regular intervals which is followed by silence. This sequence of momentary silence and sound of the waves is experienced on the vast coast of about 5 kms. long. There are thick green trees around making it a picturesque destination. Tourists also enjoy elephant rides here

Sun Screens while Travelling and at Beach 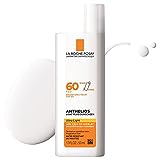 Goa has many spectacular beaches and many of these remain overcrowded with tourists from all over the world. Towards the north, the beaches are more commerciaised and attracting more for night life. There is more of peace and relaxation on the beaches in the South Goa. This Beach is with skies overcast.

Magnificence of sea is at its full swing at this stunning beach. The beach is unique as it has cliffs near it though the coast all along Kerala is otherwise flat. The Beach is known for peace, beautiful sun set and sun bathing. One can enjoy paragliding also at this beach these days.

There is a lot more to enjoy other than beautiful blue sea water at this white sand beach. In the west there is roaring sea and there are high hills on the east. A temple of Lord Shiva having second tallest (123 feet) Shiva Statue, surrounded by Arabian sea on three sides makes it a perfect point to oversee one of the finest beaches in this part of the country. Buffalo race and cock fight are other attractions for tourists.

Elephant Beach at Havelock Islands in Andaman is very near to Radhanagar Beach. This is a great spot for snorkeling in view of excellent coral and marine life in this area. Unfortunately, there was a widespread damage due to Tsunami in 2004.