Travel and Jobs In Northwestern Georgia: Summerville and Rome

Jobs Increase Significantly During a Recession

In a period of 18 months and even during a US economic recession, the town of Summerville GA increased in jobs by almost 500%. This is an amazing - nearly unbelievable - number of new jobs for the small town located about 100 miles from metropolitan Atlanta.

Summerville, Georgia is 95 miles northwest of the Atlanta city center, near the border of the state and representative of the statistical area called Chattanooga Valley. Chattanooga, Tennessee is just to the north.

Along with Rome GA, which is approximately 23 miles to the southeast, Summerville and the Chattanooga Valley area of Georgia experienced an increase of jobs during the Recession of 2008 - 2010, rather than a decrease. 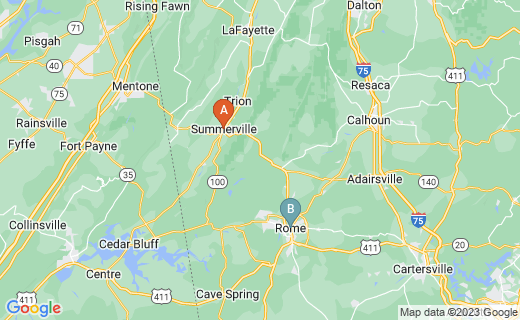 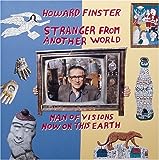 Howard Finster, Stranger from Another World Man of Visions Now on This Earth
Buy Now

The population of the Chattanooga Valley statistical area was 504,861 for 2008, a 299.4% increase in the 10 years following 1998 (population tripled in 10 years). This indicates an eceonomic development climate very friendly to residential and commercial business development.

Summerville is further away from the Atlanta-Gainesville metroplex than the three suburbs listed among Forbes.com top places to move for work in the US; Alpharetta (Number One), Roswell, and Sandy Springs. However, jobs seem to be growing even faster in Summerville or the area encompassing Summervile and Rome. This is definitely a place to watch through 2020 for economic and business success, as well as an increasing population. From 2003 - 2009, for example, the population increased from around 4000 to about 5,200. Nearby Rome GA houses about 36,000 people, an increase of about 1,000 since the year 2000. Summerville is growing by percentage more quickly at this point.

Many new jobs provided by the increase in openings for Summerville are located between this city and the city of Rome, the county seat of neighboring Floyd County. Rome was named after Italian city, because both feature at least one river and 7 hills. A Romulus and Remus wolf statue stands outide the Municipal Building and was received from the Governor of rome, Italy on the orders of dictator Benito Mussolini in 1929 in commemoration of a shared silk business that moved to Georgia.

Downtown Rome is located at the juncture of three rivers to create the Between the Rivers Historic District. Rome is focusing on sustainability and conservation, providing many miles of waking trails in the city and along its rivers. Consistent economic development plans and historic preservation activities help to create ongoing strength in Rome for business and jobs.

Consistent Increases In Jobs In the Rome-Summerville Area

Many of the job listings found above are named among the official Top 10 Employment Projections though 2016, as asserted by statistics trending offered by the US, State, and local government statistics and labor departments.

The only job title that does not match the projections for high demand jobs in the future is "Cashiers", but they might also be considered part of the actual sales force of some retail establishments.

Overall, this is one of the highest matches I have seen thus far between Projected Jobs and Actual Jobs anywhere in the country.

Many of these job openings are found between Sumemrville and Rome or in Rome itself.

Additional frequently listed job titles in the Summerville and nearly Calhoun, Rome, and Fort Paynes include these:

The & Hills and 3 Rivers of Rome GA

Summerville bills itself as The City with a Future and its continued growth since its founding in the 1800s supports this title.

The Cherokee Nation was the first people to live in the Summerville-Rome area and much of the State of Georgia. Euro-American settlers entered the Summerville region in the 1830s and 1840s before the Civil War, staying in what is now Chattooga County. The county seat was called Selma in 1839. In the spring of 1941, the town was renamed Summerville. More permanent homes were constructed, out of brick, and were joined by many business operations later in 1851. After the Civil War, Summerville continued to expand, becoming a city at the end of 1897.

Like many growing and successful communities today, Summerville was enhanced early on by the coming of the American railroads. Specifically, the Chattanooga, Rome, and Columbus Railroad and its local depot arrived in Summerville in 1889. The local historical society bought the current depot in 1988 and succeeded in having it named a National Historic Register of Historical Places about four years later. The depot is sometimes used for railroad tours and is the subject of ongoing improvements.

Also like successful communities elsewhere, downtown revitalization and ongoing development, along with historic preservation programs, help Summerville to grow and expand consistently through the years.

The Summerville Better Hometown Program is a large part of the revitalization movement. It spurs the restoration of the railroad depot, a courthouse display, and promotes the National Register of Historic Places.

Many local and regional festivals and events add to the tourism and retail sales economies of Summerville and one of these is the popular Northwest Georgia Balloon Festival held each Spring. Another is the local Pets in the Park event, a Farmers Market, Steam all the Way (railroad tour), Railroad Days, Santa-In-Uniform, and several others.

Steam All the Way Festival

The Camp Creek Train Crash of 1900: In Atlanta or In Hell (Disaster)
Buy Now