Top 10 Adventures You Must Go On Before you Die!

Do you live for adventure? Excitement? Undertaking that new thrill? Is life just not as interesting if your adrenaline isn’t pumping? Well outdoor enthusiasts, this is the perfect list for you! After traveling and exploring four continents in search of that next best discovery, Carmen Sandiego has compiled a list of adventures YOU MUST go on in this lifetime!

ZION, UTAH -- Descend through deep, narrow, twisted gorges called 'slot canyons' located throughout Zion National Park in Utah. In the mildest form, canyoneering (the formal word for it), may consist of nothing more than a hike along an ankle-deep stream. More difficult routes however, may require you to swim, raft, scramble over rocks, or rappel down steep pitches and waterfalls. Typically, canyoneers begin their journey on the sheer upper reaches of a canyon and make their way downstream to a point where the canyon widens and becomes accessible to normal walking trails or roads (i.e. the finish line).

NEW ZEALAND -- If adrenaline is what you’re after, why not head to the adventure capital of the world? New Zealand has it all; hiking, biking, kayaking, snowboarding and yes, bungee jumping! The country claims to be the birthplace of this freefall sport, and holds the record for the worlds 2nd highest bungee jump coming in at a 440-foot fall from a gondola suspended above a canyon.

JACKSON HOLE, WYOMING -- Cliff drops, boulder fields, ditches, massive tree runs, and hardly any tourists! How can a mountain get any better? With 2,500 acres of legendary inbounds terrain, a 4,139' vertical rise, 459" of average snowfall each winter, and unparalleled backcountry access, Jackson Hole offers a truly unique winter experience. Two distinct mountains in the heart of the Tetons - Rendezvous and Après Vous - make up Jackson Hole Mountain Resort and have been home to incredible skiing and snowboarding for the past 40 years.

Thats it Thats All
Best snowboard video of all time!
Buy Now

QUEENSLAND, AUSTRALIA -- It is little wonder as there is such an abundance of underwater reef teeming with brilliantly colored corals and an infinite number of vibrant tropical fish, sharks, dolphins, sea turtles, and whales. Being the largest coral reef system in the world, composing of over 2,900 individual reefs and 900 islands stretching over an area of 133,000 square miles, the reef can be seen from space. Come experience a different world in Earth's largest single structure made by living organisms.

CAPE TOWN, SOUTH AFRICA -- Submerge yourself in a floating cage in the midst of Great White territory.  See one of the most magnificent fish up close and personal off the coasts of South Africa.  This predator is found in temperate waters throughout the world’s oceans and what makes sharks unique is that they’ve thrived as a group for over 350 million years!  Take that dinosaur.

Dive Atlas of the World: An Illustrated Reference to the Best Sites
Buy Now

5. Go on a Surf Safari in Costa Rica

COSTA RICA -- Rent a car and travel all along Costa Rica’s stunning shoreline in search of the perfect wave. With over 40 known breaks to choose from on both the Caribbean side and the West Coast, there’s bound to be something for everyone. ‘Pura Vida’ as the locals like say, meaning ‘the good life’, is surely a motto to live by. Sit and relax in a hammock in-between sessions and take in the sounds of the lush jungle around you. One can hear toucans and howler monkeys close by, or perhaps the sounds of marimba music playing in the distance.

4. Work with Jaguars in Bolivia

AMAZON BASIN, BOLIVIA -- Why not incorporate an adventure trip with some volunteer work? At Inti Wara Yassi Wildlife Refuge in Bolivia, you get to work hands-on with Pumas, Jaguars, and Ocelots. These orphaned cats have been rescued off the black market in Bolivia where they were abused and neglected. Now at the refuge, they once again have an opportunity for a great life. Unfortunately they can’t be released back into the wild because of their dependence on human care. It is up to the volunteer to walk (or run) them through the jungle on a daily basis and give them the best life possible while in captivity. For more information on how to become a volunteer or to make a donation, visit http://www.intiwarayassi.org/articles/volunteer_animal_refuge/home.html

***Please note that working with large cats is not for everyone and that it is highly probable that you will get bit or scratched. The large cats at the refuge are very similar in behavior to your average house cat, as they were raised from birth.

3. Climb One of the World's Seven Summits

The Seven Summits are the highest mountains of each of the seven continents. Summiting all of them is regarded as a mountaineering challenge, and would be nearly impossible for your average adventure seeker. This is why, I urge you to climb at least one in your lifetime. The following summits are as follows:

2. Live with an African Tribe

AFRICA -- Yep, you read that correctly! Step back in time 150 years and experience the history of the human species firsthand! Living with a tribe in Africa is an experience you don't want to miss, and an adventure of a lifetime. With over 400 tribes that exist throughout the continent, you're bound to find one that will welcome you in. Each tribe possesses their own traditional and social values that have been influenced by language, religion and way of life. Because of their long reign of existence, their life styles have not been changed significantly by western influences. The amount of knowledge and insight you’ll gain will surely change your life for the better.

***For information on how to locate a tribe to live with, please read my hub "Living with the Maasai"

JINJA, UGANDA -- This isn't your standard family float trip. Nestled at the source of Lake Victoria in Uganda lies the longest and 2nd oldest river in the world. The Nile is the classic pool-drop river with deep, calm pools interspersed between powerful and exciting rapids so massive they could be classified as waterfalls! Rapids range between Class V and VI and with the mammoth width the river occupies, the multitudes of different channels are mind boggling. You're bound to never run the same route twice. Lush green jungle encompasses the banks surrounding this beast. You'll see cliffs full of large vines, with a campfire burning at the occasional African hut on the shore. Perhaps a fisherman from the village is paddling around in his wooden boat trying not to get sucked into the rapids. Worried about hitting a rock if you flip? Don't be; because of the Nile's old age, it makes for a very deep river bed. You'll get tossed and turned like an ant in a Jacuzzi, but it's unlikely that you'll be injured. 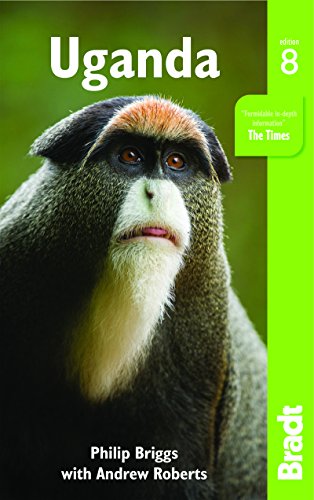 Western Whitewater from the Rockies to the Pacific: A River Guide for Raft, Kayak, and Canoe
Buy Now

Was this information useful?

Things to Bring with you on your Adventure!