The intrinsic value found in life

It winds along the coast of California just North of the Golden Gate Bridge. Point Reyes National Seashore is not just an ecological sanctuary; it is also a Mecca of sorts to the historical and geological past. There is a lot of history here that paints many stories including those of humans. This is a place where you can stop, sit and watch the interaction of nature. I encourage you to look closely at things that move and see how the movement impacts the world around the activity. Obvious movement comes from the wind and the ocean. To gain a fraction of what this place offers it is important to look at the interactions between all of the elements at play here. Time is an important consideration including today, and yesterday, and millions of years back. There are some exciting features here that may amaze you. There is an intrinsic beauty that is found in the plants, animals, landscape and even the sunsets. This is a place that you can return to often and still discover new things. This is a place that you return often to continue learning and to find answers to questions that play at your mind. This is a place that is soothingly quiet, yet, full of songs such as those from the gulls, seals, and the constant drum of the ocean. If you have never been, I encourage you to visit.

Plants in the Coastal Dune

Time, Strata and the past

It is somewhat fitting to discuss time at the beach. Those grains of sand represent so much time and from so many perspectives that when you begin to consider the sand, time transcends the moment in tales.

Have you ever wondered where sand comes from? We have a lot of it. It seems to be in many locations, and those loci do not seem to be the same. That is where time comes into play. What is today may not have been the same as what was yesterday They say that time changes everything, and "they" could not be more wrong. Time is simply a tool that we use to measure the span between points and events. It has no power. The power to cause change comes from the natural forces such as gravity and erosion. Sand is the result of natural forces. Sand was once made up of larger pebbles, that came from rocks that came from boulders that came from larger boulders that were once part of a mountain or a geological structure such as a batholith. All of this is captured in time. In this case, we are talking millions of years worth of time.

When you visit Point Reyes, you will see how physical forces work. They are working every second that you are there. The result of their past work is all around you. Strata are exposed along the cliff walls. It tells a story. The fact the cliff is exposed tells a story. There is story, upon story in what those exposed cliff face tells you. The thing to remember about strata is that it is laid down in flat sheets. The completion of one sheet takes a lot of time, sometimes as many as millions of years. When you examine strata, you look at the size of the grains that compose each sheet. Smaller grains, such as mud, require a quiet body of water in which to form. They also require a lot of time. Larger grains like sand need fairly still water to form. Strata that contain pebbles requires active water, such as a riverbed. Strata that has larger rocks, boulders, and have a highly mixed size to its content needs a violent force, such as a flash flood, to form. Here is a look at some of the strata and the story that it tells.

Strata and what you can see

In the Photo, Remarkable Strata to the right what you see is that the different layers of rock remain in their flat, horizontal state. This is how they were formed. These are sedimentary rocks. Sedimentary rocks include sandstone, limestone, shale, and mudstone, to name a few varieties. The thing to notice here is the horizontal layering. Each layer is a different rock. Each layer tells a story about what was going on with the environment during its formation. This is what "normal" strata should look like. It may vary in thickness, but if it is untouched, it remains flat.

In the picture titled Uplift, you can see that the strata is no longer in its horizontal state. What this tells us is that once the layers of strata formed, something happened to cause the earth where they reside to tilt upwards on one end. It is also important to realize that these sedimentary rocks were formed in a water environment. We are at Point Reyes National Seashore, so it is a fairly safe bet to say that what we are looking at here is what was once the bottom of the continental shelf...the sea floor. There is uplift here that goes on in a very slow process. It causes (over time) parts of the coast to lift upwards to form these coastal terraces. In the picture above titled Coastal Terrace, you can see the result of one of these terraces. The point of land that sticks out is terrace. It was once part of the continental shelf and has since been lifted upwards to become part of dry land. The uplift process is due to tectonic activity. The earth is covered in floating plates that move relative to each other. There are two kinds or tectonic plates; those are oceanic plates and continental plates. Changes can also occur when sea level rises or falls. California was once dominated by an oceanic plate that was subducting under the continental plate. In fact, all along the Pacific Ocean you will find subduction. It is why there are so many volcanos along the Pacific Coast. Time has changed this somewhat. There are no volcanos here at Point Reyes National Sea Shore, but you can see evidence that there was volcanic activity here.

This is just a few examples of what strata can tell you. Today there is a major earthquake fault that runs through this area. It is the San Andreas fault. This is a transform fault that moves the oceanic plate North and the continental plate south in a sliding motion. This is why they say that Los Angels will one day be an island.

This is a small fault

Faults are nothing more than cracks in the earths crust. They are usually caused by movement of bodies of rock within the earths crust. In the above picture, there is a fault, or rather a fault zone. The picture to the right titled Fault shows the dynamics that this piece of earth holds. The fault is given away by the broken line in the strata (green arrows.) Notice the section of strata in the middle is lifted up above the line of strata on either side. Because there is a break in the line of strata, we know, this is a fault. Notice also that this stratum is taller on the right than it is on the left. If you remember back to the photo titled Tilt, the strata in that picture was tilted up higher on the left than on the right. Geographically speaking Tilt occurs to the right of Fault so what we see here is the two ends of something that lifted up the middle section between these two sets of strata (Tilt and Fault.)

The fault that you see here is the result of two pieces of earth pushing together from opposite directions. If you look at the green arrows, they are pointing towards each other. The result was that the middle section of land (between the green arrows) was forced upwards about a foot. This is a fault. This is not the San Andreas fault. This is also a relatively small fault, but it shows itself so nicely.

There are three types of rock. Those are Sedimentary, igneous, and metamorphic. They interact within the rock cycle. This is how the earth reshapes its surface. What we see in the picture titled Uplift is a large chunk of igneous rock being forced upwards through the layers of sedimentary rock (strata) above it. Notice how the strata bend. This is also a fault, and the line runs near the tip of the green arrow.

All of these events are told by the way we read the story that is told by the strata. Rocks tell geologist many things. It is important that we show people so that they too can see the evidence and piece together to stories that are told in by geologic structures. 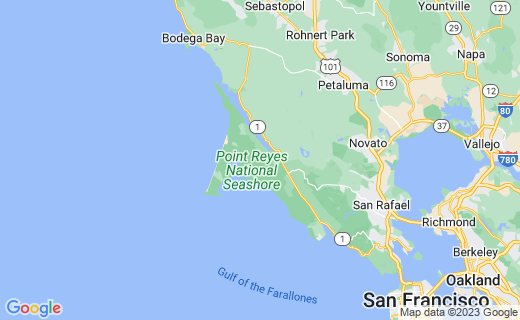 Point Reyes is accessible from several points along Highway 101. Most of these routes are scenic drives. These are two lane county roads that twist and wind along communities. Drakes beach is a popular location. Remember that this is a huge park. It is very remote. A good place to start your journey here is at Bear Valley Visitor Center. There are trails, campgrounds, and beaches that you can explore. 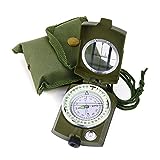 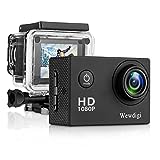 1. A change of clothes. The ocean is cold but the surf and tide poles are inviting.

2. Dress in layers, the Marine Climate changes often and it can be windy, foggy, and sunny all at the same time.

3. A health respect for the ocean. The waves may look calm but there are sleeper waves that will drag you off rocks. The ocean can be deadly. Be wary of it at all times.

4. Lunch, water, and snacks. You may not find places to buy food.

7. A bag to take all of your garbage home with you.

The natural forces at work

The Ocean and the Land

David is a freelance content writer. He has produced thousands of articles and blogs for other people over the last five years. He writes in a variety of styles and across many industries. Travel writing and geology are two areas about which he loves to write. He produces content for a variety of clients and covers many different industries. To view David's writing profile, just follow the link.