Massachusetts - One Day to Visit Charleston Harbor (in Brilliant Boston!)

The day began on the pier at eight o'clock in the morning, with a cannon blast from the USS Constitution and the raising of the colors off her stern (the back of the boat). There was only a touch of a chill left from the prior night and the sunshine promised a very warm day ahead. A long line began to form of the lucky lottery recipients of the annual ride into the harbor on her decks. Unfortunately, for people who didn't want to go aboard the USS Constitution, they had to wait in the same long line to get into the National Park Service Visitor's Center. So, I waited twenty minutes in line to be told by an uninformed Naval enlisted man that the Visitor Center was closed when in reality it was open at that very moment. As I walked away with my three children, I accidentally ran into a top-ranking National Park Service Ranger who proceeded to immediately rectify the situation while the Naval enlisted man continued to say how we were wrong and I wasn't supposed to go in. Well, guess what? I still went in. Since the jurisdiction over the National Park Service (NPS) is not the domain of the US Navy, I think you can guess who won that one. But, it left me with the odd feeling that the NPS and the US Navy are fighting over non-sensible foolishness, like weather a door is unlocked or not or if the NPS is open or not. If the Navy man had just peered inside the building right next to him, he would have seen three employees inside it ready for visitors. But, he didn't even try. So, that wasn't the Navy showing their best effort but I didn't let this deter us from having a great day and we did have a great day!

After a quick visit to the Visitor's Center, it was off to the lovely USS Constitution Museum, just across the Navy yard. This fantastic museum chronicles the life of the USS Constituion, ordered built by George Washington, since her birth over 200 years ago. She is one of six ships built to fight pirates and protect American merchant marines in the late 1770s. She defended America during the the War of 1812 and is still a working battleship. The ship floating in the harbor is the actual USS Constitution, not a replica. The USS Constitution Museum near her includes a large children's center upstairs that is even fun enough for adults to explore, with ample interactive displays on the first story for kids of all ages. The USS Constitution is run by a private, non-profit and admits everyone for free. Donations are kindly accepted but not required.

The USS Constitution has two nicknames. One nickname is "Old Ironsides." The story is that during the battle with the British ship Guerriere, the 18 pound cannonballs bounced off her hull. Her thick oak wood was heavily reinforced and, not knowing this, a sailor shouted, "Huzza, her sides are made of iron!" Her other nickname was acquired when newspapers of the 1830s ran a poem by Oliver Wendell Homes. The poem referenced the USS Constitution as "The eagle of the sea!" and the new name stuck.

During Navy Week, the US Navy shows off its best side . This included fly-bys of the Blue Angels over the USS Constitution while she was at sea, other Naval jets flying overhead, open tours of vessels such as the Coast Guard boats, the NOAA vessel, and the visiting ships of other countries. On board the NATO flag ship, the Danish HDMS Esbern Snare, her officers offered an exciting tour. The Danish speak excellent English, have a pristinely clean vessel and are a friendly people. Their white naval uniforms very much look like ours so you may be surprised to look twice at an officer that you had believed to be an American but is actually an officer speaking in Danish! The HDMS Esbern Snare has served in fundamental missions that serve American interests and often combat piracy on the open seas near Panama and have previously freed Somalian captives taken hostage by pirates.

Take The Freedom Trail From the Harbor to Bunker Hill

Explore the Freedom Trail, leading to the Revolutionary monument at Bunker Hill. A ten minute walk from the harbor, the trail leads uphill along bricked, narrow walkways so it may be a challenge for those with respiratory, heart, or mobility issues. After traversing to the top of Bunker Hill, there is a 20 story monument which one may opt to climb. There are 294 steps to the top and another 294 steps down. Unless you are a StairMaster expert, your legs will be shaking at the end of this experience but the view is fantastic and children as young as six were making it to the top without a problem. However, my legs were sore for four days after that small ascension. Yet, it was worth it!

Bunker Hill was an important battle point during the Revolution. The battle that took place on June 17, 1775 was the first major battle of the American Revolutionary War. The adjacent hill is known as Bunker Hill, for which the battle is named. As you may be aware, there was a Bostonian on the look-out for the attack by the British but it was unknown whether the Brits would arrive by land or sea. Once the Brittish were spotted arriving by sea, two lanterns were hung in the Old North Church, a signal to the legendary Paul Revere and other riders to sound the alarm to the Minute Men, who rallied around Breed's Hill, of which the battle is sometimes referred though it ended at Bunker Hill. William Dawes, the shoemaker, and Samuel Prescott, a doctor, were the other riders who went in separate directions to other communities. William Prescott led the 1,200 assembled farmers and residents of the surrounding areas where they made ready for the British, just outside the Charleston Harbor. When the British approached the Americans to assault them, the Americans severely rebuffed them with heavy casualties. The third time the British attempted to overtake the colonists, the American defenders were exhausted after their all night ride and all day fight and, at that point, they were low on ammunition. The Americans retreated to Bunker Hill, where they faced some losses. While the Brits took over Bunker Hill but, by then, the Americans had reduced their numbers by a third and were able to retreat and regroup later. The importance of the battle is that it showed the British that the inexperience, non-military, rag-tag colonists were willing to fight against the best army of the world and inflict serious damages.

The National Park Service gives talks on the history of the battle at their facility next to the Bunker Hill Monument. There is also a Bunker Hill Museum run by the NPS on one side of the green that has cold water and bathrooms available.

All of the Historic Sites on the Freedom Trail 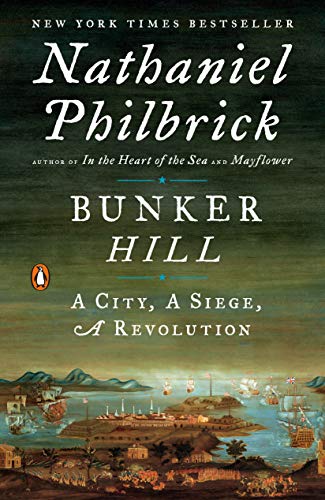 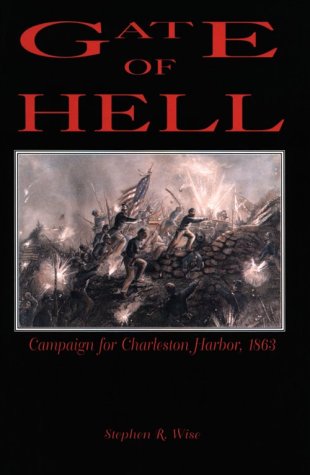 A fitting finale to the night was to climb back up to the top of Bunker Hill and watch the fireworks from the green up there. However, no matter which of the many brochures available delightfully described the fireworks, none of them said what time it would start. As I am from California and we are not allowed large fireworks in our home state, I mistakenly believed the neighborhood fireworks were the real show. But, it was very low and visibility from the green was limited enough that we left about a half hour after they started. When we reached our car and left the lot, we found out while asking for directions that the actual fireworks were due to begin another hour later, at eleven o'clock, but at that time it was impossible to find any parking, even in the attended lots. Our disappointment at missing the fireworks was short-lived because the next day we were able to see fireworks in another town. So, there was a great fireworks show for us, after all.

A Fitting End To the Day - The Old North Church

The last point we drove by was the Old North Church, the site of the lanterns hung by Dr. Joseph Warren. There are tours available at the Old North Church but, as is true in most of Boston, no parking to be found by non-residents. It's best to park in a parking lot and take a cab or walk there.