Li Galo has been a writer is a published poet and former columnist. Li moved from print publication to online publication several years ago.

It Happened In Wilmington

In 1898, Wilmington was a black-dominated area. The Republican Party was the favored political party. But white supremacists had another plan after being incited to kill by a racist woman who made public her views that black men would rape the white women without lynchings. In a highly planned and orchestrated event, the white supremacists ousted the entire governmental body, killed more than 100 African Americans openly in the street and changed the dynamics of Wilmington forever. Today, Wilmington is predominantly white as a result of the "Wilmington Massacre" of 1898. No action was ever taken to hold anyone accountable for the mass murders of that time or the illegal political take-over of the local government.

Wilmington is an attractive small town catering to TV shows and tourists. The residents are very welcoming of outsiders. No placards I saw made mention of this momentous event in Wilmington history. One of the nine main white supremacists responsible for the murders, named Hugh MacRae, had a park named after him as recently as 1998, in land he had previously bequeathed to the city in the earlier part of the century. His instructions were clear that this be a park for "whites only." This seems an embarrassment to the officials who were either ignorant or chose to ignore the knowledge of this participant of the 1898 Massacre. In an effort to create community harmony and build bridges between the races, in the late 1990s, the local government began a series of public and open talks, lectures, and exchanges about the Massacre, which included MacRae's grandson. Some of these talks were between direct decendants of white and blacks that experienced the Massacre and who had maintained personal relationship with relatives who lived during those times.

From these discussions, a formal committee decided to attempt to rectify some of the past errors of the city by a two-fold response in 1998. The first was to develop black-heritage tourism, a move highly endorsed by the black community. The second move was to begin a program of inclusion of the black community "in [the] greater business environment." Ultimately, in 2006, the Commission decided upon 14 steps to bridge healing between the communities. Some have called the Commission's approach revisionist, in that it ignored the rebound of the African American community just a few years after the Massacre in the business community. But most feel the impact was permanent, not temporary, and deserved formal atonement.

Nothing To Fear in This Cape Fear Town

Wilmington is inviting and welcoming today of everyone. There are many options for visitors to explore from exploring antebellum mansions to visiting a modern day battleship to enjoying a myriad of museum or dining choices. While we were in Wilmington, we chose to enjoy a special location: The Wilmington Railroad Museum. This seems like a fitting choice because the history of the local railroad line included the contributions of both African Americans and whites. The museum hosts a fantastic model train, as well as real trains, historic information and dedicated staff. My son, age 14 years, spent four hours at the museum. Wilmington Railroad Museum also set a new Guinness Record for model trains.

In addition to the following list, there is the nearby Wrightsville Beach. 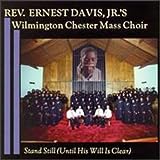