Travel to Wales and you must see Cardiff

Cardiff is the capital of Wales

If you are travelling to Wales on holiday it is very likely you will spend some time in Cardiff, which is the capital of the country. You may well be arriving by plane to Cardiff Airport, or perhaps by coach or train to Cardiff General Station.

There is much to see around the city and in the valleys, countryside and coastal resorts nearby.

Although Cardiff is the Welsh capital you won't hear the language being spoken much and everybody there understands English. Cardiff is a very cosmopolitan city mainly due to its history as a port.

Cardiff Docklands were known as Tiger Bay and this was the title of a film many years ago. The docks area is known today as Cardiff Bay, although residents still call it Butetown. 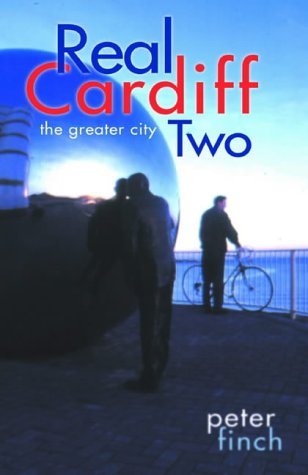 What to see around and about Cardiff City

Cardiff has a magnificent castle right in its heart and you can swap shopping in its busy streets for a relaxing time in the Castle Grounds or the nearby Bute Park that runs alongside the River Taff.

Follow this river northwards long enough and you will reach Llandaff, which is a city within a city. It has its own cathedral and a village green still.

Back in central Cardiff you will find its much-publicised Civic Centre where the City Hall, Law Courts and National Museum of Wales are located. There are more parks and lawns in this part of the city.

Cardiff University is also in this area along with the Students Union building.

Cardiff City centre boasts the Millennium Stadium where important matches and sporting events are held as well as big concerts. It is built right alongside the River Taff and with its massive spiky architecture it is impossible to miss it.

Cardiff is well-known for football and rugby. Cardiff City FC, or "The Bluebirds" as they are affectionately known, is the team and the new Cardiff City Stadium is where matches take place.

Cardiff has plenty of bars and nightclubs and there is live music on every night somewhere in the city. The Clwb Ifor Bach or "Welsh Club" as it is commonly known in Womanby Street, is a popular venue with rock and indie music fans and a good place to see local bands. This is the venue the Stereophonics had played at just before Sir Richard Branson signed them to Virgin all those years back.

World-class acts and household names in the music world play at the Cardiff International Arena (CIA) or at the Millennium Stadium.

Cardiff City also hosts many festivals throughout the year, such as the Big Weekend in August, which is held on the City Centre Lawns and always features many big names from top and rock music.

Cardiff has a popular arts centre not far from the city centre in the suburb of Canton. Chapter Arts shows films as well as staging musical and other events and displaying exhibitions of artwork of all types. It is very popular with local people as a place to meet up and have a meal and a drink too.

Outside Cardiff, but well worth making the effort to visit, can be found the fairytale castle known as Castell Coch, which translated means "Red Castle." It is on the wooded hillside of Tongwynlais, and whilst it is actually a folly it is nevertheless the sort of castle you would expect to see in medieval romances and tales of sword and sorcery.

Caerphilly Castle with its moats and drawbridge in the valleys above Cardiff is very popular with tourists too.

The village of St Fagans to the west of Cardiff overlooks the Plymouth Woods and River Ely. It is where the Celtic Folk Museum can be found and makes a great place to go for a day out.

The Plymouth Arms is the local pub for St Fagans where many people enjoy eating and drinking inside or out in its wonderful beer garden on the lawns.

If you fancy the seaside, the resort towns of Penarth and Barry are not far from Cardiff. Penarth has a promenade and attractive sea front. Barry has sandy beaches and a fun fair in the popular Barry Island part of it.

As well as a bustling city centre, Cardiff has many suburbs. There's Grangetown, Adamsdown, Splott, Tremorfa and Roath, as well as Penylan, Pentwyn, Cyncoed, Lisvane, Llanishen, Cathays and Gabalfa.

Some of these suburban areas like Llanrumney are very large.The Ely council estate to the west of the city is said to be one of the biggest estates of this nature in Europe.

It was home to the Bard of Ely for some 25 years and he helped show author Peter Finch around when he was writing his much-acclaimed book Real Cardiff, which has spawned two follow-ups in a series so far.

Peter is a well-known Cardiff poet and literary critic as well as being an author but in Real Cardiff he explores the back streets and alleys and meets with the local residents. In doing so he uncovers Cardiff's past and present, but this is not the Cardiff you will find in glossy tour-guides and brochures. This is as the title proclaims: Real Cardiff !

To quote Peter in his book: "Cardiff is a great place. Full of quirks, twists, turns, failures, magnificences, entertainments and excitements. It's small enough to hold but big enough to get lost in."