Deciding When to Visit Disney World

This past January (2014), my wife, son, and I traveled to Walt Disney World in Orlando, FL. Let me start by saying that January is a fantastic time to go to Disney World. We did not have to deal with the extreme heat and humidity, the bugs, the peak-season crowds, or peak-season price hikes. The temperature was normally around 70° (F) during the day, which, in my opinion, is an enjoyable temperature, especially if you are coming from a colder state like we were. With the exception of one day where we dealt with on and off light showers, the whole week was sunny. If you do decide to go in January, play around with the dates. If you go too close to New Years, you will get caught paying a little extra. I found that the second/third week yielded the lowest prices.

When I was trying to decide where to stay, I weighed all of my options. I searched hotel prices daily for 2 months (it drove my wife crazy). After all of my research, I found that staying at one of the Disney World Resorts was the best bang for my buck. Be sure to do your research, but remember that staying at a Disney World Resort gives you unlimited free use of their transportation system. Maybe the best benefit of staying at a resort, you can arrange to be picked up, as well as dropped off, at Orlando's airport for no additional charges, as long as you call and make a reservation ahead of time. The buses that are actually on the DIsney property will take you to and from any park, Downtown Disney, and other places, such as the water parks and some of the other resorts. Besides the added plus of free transportation, the resorts have dining options on site. You will have to pay for the food (unless you have the dining plan), but it is convenient to having dining options on site.

So, after all of my time researching prices in order to find the cheapest prices, I let my wife talk me into staying at Coronado Springs. It is by no means the most expensive resort, but it was not the cheapest either. Fortunately, I was able to book my room on Expedia and saved a bit of money. I will admit (thought not to my wife) that Coronado Springs turned out to be a great choice. The rooms were spacious and well stocked, and there were several impressive pools, as well as stunning grounds. The resort offered a wide variety of on-site dining options, and they were all delicious. The resort had friendly staff and was very accommodating. Next time I go to Disney, I will certainly be staying there again. 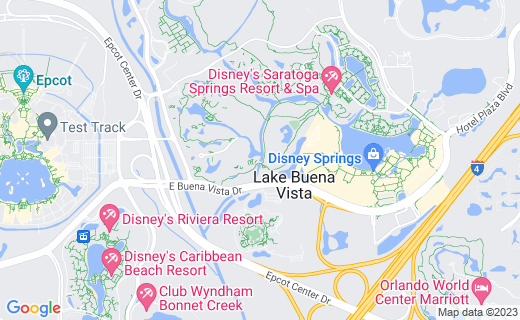 As I mentioned, my wife and I took our soon who was 7 months at the time of our trip. This was not his first travel experience, but we were still worried we were going to have problems. Lucky for us, we did not. Disney is extremely stroller friendly. You can go almost anywhere with a stroller. And, if you cant, there are areas next to most rides/buildings for stroller parking, and there is usually an attendant overseeing the stroller areas. We also found that every bathroom, or at least every bathroom we tried, had a changing station.

With our son being so young, we knew that we would not be able to go on the majority of the rides. We were, however, pleasantly surprised by the number of things that we could do. There are a large number of attractions that cater to small children, or at least allow small children on them.

If you were wary about going to Disney with young children, I hope this has helped ease some of your tensions.

There are four theme parks at Disney World: Magic Kingdom, Animal Kingdom, Epcot, and Hollywood Studios. Especially if you have never been to Disney, I strongly suggest that you check out all four. We only had base tickets, so we did a park a day, and it worked out great for us. Besides the theme parks, there are also water parks and Universal Orlando.

Other than parks, there is Downtown Disney, which is worth a visit. Downtown has great restaurants and shopping. Something that i recommend you see, if you have the extra time and money, is Cirque du Soleil. Cirque du Soleil is located in Downtown Disney and plays two shows a night. The version running in Disney can only be seen in Disney. It was a bit pricey, but it was a phenomenal show and I will definitely see it next time I go.

Incase you want an idea of prices, here you go. I had to pay for 4 base tickets x 2 people, hotel accommodations for 2 people (my son did not count because he is under 2) x 6 nights, plane tickets for 2, and food. I chose not to pay for the dining plan because I assumed (correctly) that I could do it for cheaper. Not including the food or any souvenirs, the trip cost roughly $2,000. The plane tickets cost $670, so depending on how close/far you are from Disney, that may change. I must say, for spending over $2000, I was not disappointed. That was my first trip to Disney and I thoroughly enjoyed it.

Hopefully this has helped you in some way, and if it did not, drop a comment with a question. Please use my information here, but do not take anything for definite. That being said:

DISCLAIMER: I did my research, so you should do yours. While I hope my blog helped you, do not take my word for anything, especially those involving prices, weather, etc. I take no responsibility for anything that may go wrong on your trip (although hopefully all will go well).