Travelling and Visiting in Canada - The Province of British Columbia

The Province of British Columbia, Canada

For more information on the West Coast of British Columbia,

What to Do Along the Pacific Coast

The farthest western province in Canada is the province of British Columbia. It is framed by the Pacific Ocean on the west, a combination of Alaska, Yukon and the Northwest Territories on the north, Alberta on the east and the United States in the south. On Vancouver Island you can find the provincial capital, Victoria that was named in honour of Queen Victoria. Vancouver city, which is host to the 2010 Olympic Winter Games, is located on the main land across from Vancouver Island.

British Columbia can be divided up into 6 regions for tourism. These being Northern British Columbia, Vancouver Island, Cariboo-Chilcotin Coast, Vancouver Coast and Mountains, Thompson-Okanagan and Kootenay-Rockies.

Each region has different topography, climate and wildlife within the province. Also, each offers a variety of activities that will keep you enthralled and entertained.

British Columbia has a vast topography that ranges from mountains to beaches, rainforest to desert, and open to forested. Its varying terrain offers many choices of activities for the visitor.

The first region is Northern British Columbia. Here, you can find grizzly bears, ancient forests in protected stands, glaciers, white water rivers and great advantage points to watch the Northern Lights. There is a wide variety of wildlife and fauna that can be found in the national and provincial parks when hiking, mountaineering, camping, horseback riding or golfing. During the winter season, there is glacier viewing, alpine skiing, snowboarding and cross-country skiing.

Vancouver Island, which is 280 miles (450 km) in length, is located on the Pacific Coast of Canada and has the most diverse ecosystem in the world. This region has rainforests, rivers, lakes, oceans, marshes, meadows, beaches and mountains. This region is primarily protected parkland and is home to a multitude of animals and fauna. It is common to see people watching wildlife, including whales, birds, and salmon during the salmon run. Campbell River is world renowned for the salmon run and offers chartered adventures for watching and for fishing salmon. If you love to surf, then Tofino is a great destination. Surfers travel from around the world during the summer to catch a wave or two here! During the off season, November through February, trade in your surf board for storm watching off the ocean coastline. Bring your camera for fantastic photos.

As Vancouver Island is surrounded by water, there are plenty of activities that are focussed on water. There is kayaking, scuba diving, sailing, natural hot springing and general boating. There are plenty of land related activities too, which include caving, hiking or just relaxing on the beach. There is a diversified menu of restaurants for the gourmand, including sushi. 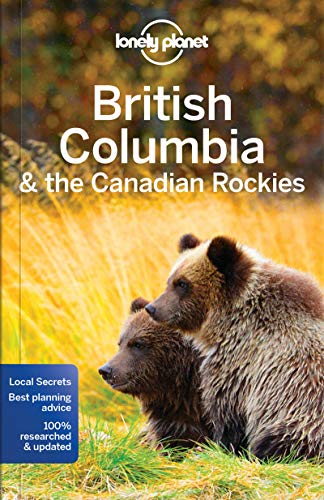 What to Do in the Interior of the Province

The Cariboo-Chilcotin Coast is home to the Cariboo Mountains and Bowron Lake Provincial Park. The topography in this region is mixed with rolling grass lands and forests, to green valleys and snow capped mountains, to waterfalls and lakes. For the history buff, one can follow the Gold Rush Trail and visit the mining frontier town of Barkerville. This region has lots of lakes and rivers, which provide ample locations for fishing, boating, camping, kayaking and swimming.

The Thompson-Okanagan Region is well known for its lush valley and fruit orchards and vineyards. The Okanagan Valley produces a variety of fruit such as apples, peaches, plums, apricots, and cherries. There are many roadside stands that sell fresh produce which is picked daily and a large quantity of it is organically grown.

After touring the wine country, you can relax aboard a house boat in the Shuswap, go fishing for trout or experience rafting. This region also offers hiking, golfing, kayaking, camping and horseback riding. During the winter season, one can go snowshoeing, cross country skiing or alpine skiing. While in this region, visit the highest mountain in the Canadian Rockies, Mount Robson, which is at an elevation of 12,972 feet (3954 m) at the peak.

This area is the prime destination for avid alpine skiers, snowboarders, heli-skiing and snowmobilers as there is always fresh powder available during the winter months. There are many ski hills, including Kimberly Alpine Ski Resort and Whistler Blackcomb. Pack your ski suit and get ready to make tracks in the powder.

The summer season is packed full of hiking, zip lining, aerial games, golfing, mountain biking, cycling, boating, fishing, canoeing, windsurfing, water skiing and white water rafting. There are many wonderful campsites available that provide more activities and great outdoor adventures. Don’t forget to visit Radium Hot Springs or Fairmont Hot Springs for a relaxing dip in the therapeutic mineral hot springs. This is a great relaxing way to wrap up a day of skiing or hiking.

For general information on visiting British Columbia, Canada, check out the following links:

For more information on attractions in British Columbia,

Curious about Canada? These links will bring to you more articles about Canada ranging from living there to fun, cool and random facts about this awesome count