Windmills, clogs, cheese - these images come to mind when thinking of the Netherlands. But probably the most ultimate image of the country is the tulip - the Netherlands' most famous flower. For ages tulips have been a huge part of the Dutch culture. In the Netherlands tulips are presented for any occasion, often complete with their own mythology and hidden meaning, depending on flower type and color. Tulip, in general, represents a declaration of love and passion, but depending on color it has variety of meanings. For example, red tulip means "undying love", while yellow tulip signifies "unrequited love". On the other hand, here yellow tulips are the specified flower for birthdays that occur on May 21. There is no one Dutch garden without tulips, there is no one flower market in the Netherlands that doesn't have variety of bunches of fresh tulips and tulip bulbs. Tulips are not only important part of the Dutch culture, but the country's economy as well. Dutch growers produce more than 9 million bulbs annually. The Netherlands, particularly area between Amsterdam and Rotterdam, export more cut flowers than the rest of the world combined. Today, the flower industry brings 25 percent of the revenue from all Dutch agricultural exports.

Tulips came to Holland in 16th century and rapidly become an attribute of wealth for nouveaux riches. A garden full of expensive tulips was a sign of prestige and social standing. In 17th century in the Netherlands demand for tulip bulbs reached such a peak that ridiculous prices were charged for a single tulip bulb. The craze became known as ‘tulipomania', the term that is still used to describe metaphorically any large economic bubble. Nowadays there are 41 flower auctions across the Netherlands that sell flowers, including the world's largest, the Aalsmeer Flower Auction (VBA) located at Aalsmeer, just outside Amsterdam. The Aalsmeer Flower Auctions are held early in the morning from 7:30 to 11 am from Monday to Friday and attracts a lot of tourists as well as professional flower buyers, exporters and wholesalers from around the world. From April to September the Bloemencorso, or flower parade, takes place in different parts of the Netherlands. Probably most famous the Bloemencorso takes place on the first weekend of September, and goes from the center of Aalsmeer via Amstelveen to Amsterdam. Even in December, the Netherlands is blooming during five days Christmas flower show - Kerstflora show. However, if you really want to enjoy blossoming flowers, particularly tulips, then you have to visit Keukenhof gardens in April or May.

Keukenhof is situated between the towns of Hillegom and Lisse, just southwest of Amsterdam. The world's largest flower garden, also known as the Garden of Europe has approximately 7 million flower bulbs which are annually planted here. Nowhere else in the world are the flowers and colors of the spring as glorious as at Keukenhof. In Keukenhof you can see a kaleidoscope of blooming tulips, fantastic flower shows, the Netherlands' largest sculpture park and also take one the most breathtaking pictures in the world. You can try your green thumb at the Inspirational Gardens and be inspired to grow your own tulips at home with the purchase of great tulip bulbs here. You can rent a bicycle and ride on the tracks in the tulip fields and make it a lifetime experience. If you come to the Netherlands in April or May to visit Keukenhof is a must! If you are staying in Amsterdam, the best way to get to Keukenhof is to take a train from Amsterdam Centraal station to Haarlem and a bus from Haarlem to Vrieswijk. Then you have to just walk about 10 minutes to reach Keukenhof Garden or to take another bus from Vrieswijk to Keukenhof Garden. If you are staying in a hotel near Schiphol Airport, a shuttle bus goes to Keukenhof from Schiphol train station every 15 minutes. There are also very nice hotels in Lisse if you decide to spend more time at Keukenhof. 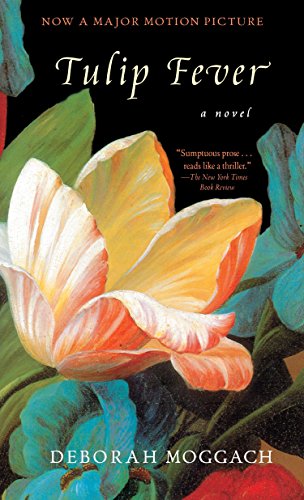 If you don't have a chance to visit Keukenhof Garden, you still have a chance to enjoy fantastic blossoms at the Bloemenmarkt, flower market in Amsterdam. The Bloemenmarkt, the only floating flower market in the world, is located along the Singel Canal between Muntplein and Koningsplein. Here you can take a look at different sorts of tulips and other flowers, buy tulip bulbs and have fantastic time strolling along a canal surrounded by fresh flowers all year long. And of course, you can bring the tulip bulbs home, so you will enjoy your own small part of the Netherlands.