Type of Beaches: Strategies for Finding the Beach that Best Suits You

Larry Rankin loves nothing so much as a relaxing day at the beach. He is glad to share what wisdom he's learned as a beachgoer with you.

There are all manner of ways one can endeavor to break up beaches into types. In this article I have chosen to simply examine the various topographies of beaches and to break them down into broad categories. The following categorizations are by no means scientific, but are intended to aid would-be beachgoers in finding their own piece of paradise on a budget.

Give anywhere that beachfront feel with a tiki torch. 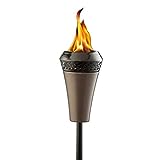 When most of us think of the beach, we think of seemingly endless coasts of sand, clear blue waters, the rustling of waves, and sitting beneath an umbrella with a cold beverage in hand, but most of us believe this experience can’t be achieved without paying a price. Things like large crowds and spending boatloads of money are just conceded as coming with the experience.

For those of you who truly believe such concessions must be made, might I suggest looking at a map. Just look, please. There are thousands of miles of coast that aren’t L.A. or Miami or even Galveston. There are hundreds, if not thousands of beach communities of less than 10,000 people where a person can rent a vacation home for a week at a fraction of the price you would expect to pay for one day in Malibu.

Whatever beach you choose, it is nice to have a good beach towel.

But all the best beaches must be where all the people are. Absolutely not. There are many areas that have everything a person could want out of the experience sans the crowds, pollution, and price-gouging. I’ve been to Miami and I’ve been to Malibu, and it never ceases to amaze me why so many people would choose these locations when by simply driving down the road a bit you can have an entire sandy beach pretty much to yourself.

You can find these long, sandy beaches most everywhere on the coast. There really isn’t a central location, but if you’re looking to have a bit of fun in the sun in the Continental U.S. during the winter months, I would suggest heading south to Southern California, or even better, Florida and the Gulf of Mexico where ocean waters tend to stay fairly warm throughout the year.

For as much as people covet long beaches of never-ending sand, you wouldn’t think rocky beaches were good for anything but a stubbed tow, and while it is true that a person can have an accident and get scraped up pretty good in these areas, they are also places of wondrous beauty.

Not only is the rock beautiful, whether it be volcanic in nature or of another origin, it provides a wonderful experience for those of us that are explorers at heart, because hidden amongst these rocks are hundreds of small, secluded, beautiful beaches, beaches a person can have completely to themselves for a time. 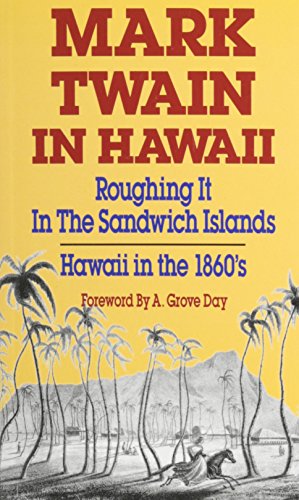 Mark Twain in Hawaii: Roughing It in the Sandwich Islands, Hawaii in the 1860's
Buy Now

Simply follow the rocks, and they will periodically open up to small areas of beach. Yes, there are a few rocks on these beaches and in the ocean, so you’ll have to mind your toes, but these sorts of areas allow a treasure trove of aquatic life to be found by the determined snorkeler.

While long, endless beaches are no doubt beautiful, it can be argued that beachfront broken up by rock formations are even more so. Look at it this way: long beaches don’t provide as much diversity in scenery, while the rock formations add texture to the landscape. In addition, you most likely won’t see any old lighthouses in areas without rock. The old lighthouse is one of the most marquee images of the ocean experience, and where there isn’t rock you will miss out on this beach icon.

As for finding rocky beaches, most Islands can provide this experience, but if you’re staying in the continental U.S., both the west and northeast coasts are good places to look. If you have intentions of getting in the water on the rocky beaches of the U.S. coast, though, stick to the warmest summer months.

Just like with all the other types of beaches, there are an abundance of rocky beaches that you can have pretty much to yourself on a budget.

A Bayou beach is technically an ocean beach, but they usually have cloudy, brown water like most lakes and no long, meandering beachfront. Instead, you have little patches of beach, because plant-life tends to grow up near to the water’s edge in most areas. This is a result of large amounts of freshwater flowing into swampland and eventually intermingling with the oceanfront waters, thus reducing salinity levels.

A bayou beach isn’t really what most people think of as being out on the ocean, but there are many reasons why a person would want to go to such an area. The primary reason is fishing. These areas are teaming with aquatic life. In addition to all the fish one might expect to catch out at sea, you also have many of the freshwater species of fish, as well. This, again, is due to the lower levels of salinity in these waters. It is not unusual to catch a manta ray, shark, and catfish all in the same day.

The dingy water is also a calling card for large, predatory fish, some of the most sought after game fish in the world inhabit these areas. This is due in part to the fact that many predatory fish love to hunt in murky waters. For those of us terrified by movies like Jaws, this may be a sufficient reason to stay out of the water, but for our braver readers, it may serve as an adventure. From personal experience, I find swimming in the ocean while not being able to see the creatures in the water a bit unnerving, but if you stick to designated swimming areas, it is a relatively safe practice.

Bayou areas can also be wonderful for kayaking and piloting small boats. You usually don’t have large waves in these areas, so even un-experienced seaman can perform these activities with relative ease. One of the reasons for the lack of turbulence on the water’s surface in bayou areas is that the beachfront is shielded by the curvature of the land and the hundreds of little islands that can usually be found in these areas.

You can spend days exploring these various islands, kayaking or boating from one to the next. In addition, because bayou areas tend to be less populated, it is not unusual to find an island all to your very own.

Because of the intense forestation of these areas, bayous also provide a wide array of land animals to observe for the nature lover, from alligators to birds to snakes and lizards to even the occasional black bear; like the water in these areas, the forests are teaming with life.

Now, I know I haven’t convinced anybody whose last inclination on earth is to see alligators, sharks, or bears in their natural habitat, but one truly can have a wonderful time in these areas. On top of all the sights and exploring to be done, the food in bayou areas tends to be outstanding and well-priced. As for lodging, whole condos can be rented for less than the price of a single room with a single bed in say Miami.

Bayou beaches can be found many places where there is the convergence of major water sources dumping into the ocean, but Louisiana and Florida are some of the most fertile ground for these locations.

First off, every type of beach can be found on the various islands of the world, but in my experience the most common type of island beaches are rocky with occasional patches of sand.

Island beaches are my personal favorite. There is just something special about knowing you are on a little dot on a map out in an ocean somewhere. No matter how you look at it, you are going to spend a little more money to get out to these places, but you don’t have to pay as much as you might think.

Again, look at a map! You will see hundreds of Islands dotting the coast of the Continental U.S., and there are hundreds more that are not significant enough in size to constitute a dot on a map. Yes, you’ll have to pay the extra price to be ferried out there, but it isn’t necessarily that expensive.

I won’t lie and tell you these islands are as nice as places that take mundo cash just to get to, like Hawai’i, Fiji, and the like, because they just aren’t, but one can still have a wonderful island experience on the coastal islands of the Continental U.S. at a reasonable price.

If you do choose to venture to some of the more exotically located islands, do your homework. Yes, no matter what it is going to cost a pretty penny to get out there. This is a given, but the question is whether or not you’ll be held for ransom when you get there. Again, there are hundreds of sparsely populated exotic islands where you can expect to pay reasonable prices upon arrival. Don’t save up for an island getaway only to find out you don’t have enough money to live once you arrive.

What is your favorite type of beach?

Whether it is the vast beaches of Florida, the turbulent coasts of the upper Northeast, the bayous of the Gulf of Mexico, or a rocky island paradise, there is a type of beach to be enjoyed by everyone, even on a tight budget. Happy hunting.