I was in Taiwan when typhoon Morakot hit Taiwan on Friday, the 7thof Aug, 2009. Reportedly to be the deadliest typhoon to have impacted Taiwan in recorded history, Typhoon Morakot brought catastrophic damage estimated at USD$3.3 billion. It claimed the lives of almost 700 people and left 8,000 people homeless.

On the 6thof August, 2009, I was still able to tour around the city of Kaohsiung, and visited one of the islands called QiJin (旗津). An enchanted island, QiJin has long slender-shaped and used to be part of the mainland. In 1975, due to the requirement to have the second entry point to Kaohsiung port, the government broke the connection to the mainland at the southern tip and since then, Qijin Island can only be accessed through ferries and boats or by car via the Cross-Harbor Tunnel. My friends and I went to a few attractions on the islands such as Qihou Batter, Qihou Light house, Tianhou Temple, Museum of Marine Exploration and Seaside Park. As we watched the sunset, we observed the rough waves hitting the seashore; a sign of typhoon approaching. Barriers were put up to prevent the public from going near the sea.

My Taiwanese friends then suggested that we filled our stomachs with the famous seafood on this island. With restaurants lining up on Miaoqian Street beside Qijin Ferry Pier, this place is a haven for fresh and very reasonably priced seafood. I had scrumptious shashimi (raw fish), beautifully decorated, in one of the restaurant on this island. Despite the sign of an approaching typhoon, it was just another normal busy day for the Taiwanese.

7thof August started with windy morning, but nothing spectacular to talk about. After a long wait, Typhoon Morakot hit the central of Taiwan at around 5pm. The highest wind speed was 148km/h. Since Kaohsiung is located at the southern part of Taiwan, the impact is not as severe. I was in the office when it took place. I could hear the heavy down pour and strong wind breaking parts of the building and water leaking in parts of the office. We try to protect as many machines as we could by covering them with plastic sheets. When it was time to go home, I wasn’t able to walk to the outdoor car park. My colleague had to drive the car to the nearest building exit to fetch me. As I walked towards the car, I was actually excited to witness the storm and the strong wind turned my umbrella inside out.

My hotel was only ten minutes drive away, so I had ten minutes to witness the devastation brought about by Marakot. All the shops along the street were closed. Traffic lights and street lamps were broken. Some trees were uprooted; branches tore away by the sheer force of the wind. The street was deserted except for cars. Cars were driven slowly due to poor visibility. Government offices and schools were closed. A few restaurants were opened and were packed with people. There were no seats for those without reservation.

My Taiwanese colleague has been making phone calls to his wife, daughter and son from time to time to check on their whereabouts and well-being. I could feel the anxiety building up; nevertheless, he managed to maintain his composure. He knew what to expect from years of typhoon experience.

When we arrived at the hotel, despite the short three-meter walk to the hotel door, we were almost swept away by the storm! We stood at the entrance and observed the commotion in front of the hotel. Below was the video I captured with my mobile phone. 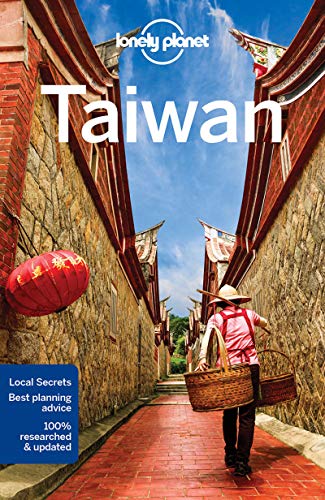 Natural Disaster: I Cover Them. I am One.
Buy Now

I was not able to sleep well that night. Staying on the 80th floor of Splendor Hotel, I wonder if this tallest building in Kaohsiung can withstand the typhoon even though I know it has been built to withstand typhoon winds and earthquake tremors common in this area of the Asia Pacific. All through the night, I could hear knocking sounds coming out of the walls, on and off. Being a light sleeper, it really disturbed my sleep. Luckily, nothing worse happened that night.

I was still expected to work on Saturday, 8th of August. My schedule was tight and I was unable to extend my stay. The day passed by with typhoon winds blowing and destroying parts of the office building. More water had leak into the building and puddles of water were everywhere. The Taiwanese took it calmly, so did I.

That evening, I had to take my dinner in the hotel. I wanted to get over to a restaurant on the other side of the road, but the typhoon wind was so strong that there was nowhere I could step out of the building. So I had to settle for a restaurant indoor. Unfortunately, all the restaurants were fully booked except the buffet dinner at Buffet Basserie. After dinner, I did some shopping at the hotel. I felt bored. Typhoon had “imprisoned” me in the hotel.

I was supposed to fly home the next morning, but the typhoon wind was still blowing hard at 10pm. I felt my chance was slim. The news reported all flights in and out of Taiwan were cancelled since yesterday. I called the airline but there was no answer. Hotel reception was able to give me better information. Airport was closed. All I could do then was to wait for tomorrow to come. If the weather condition improved, the airport would resume its operation. There was some hope. The worse that could happen was to get stranded in this hotel for a few more days.

With wind blowing loud and knocking sounds on the wall, I tried to sleep, but with little success. After some time, I think the storm died down, and I had a good night sleep. When I woke up in the morning, there was calm. Hopeful, I pulled the curtain to the side. My heart sank. It was still pouring outside. I dialled the front desk, and to my pleasant surprise they informed me that the airport had reopened and resumed operation that morning. I brushed up, went for breakfast, checked out of the hotel and took a taxi to the airport.

The airport was packed. Some people were sleeping there. I was unsure of getting a place on the plane. I went to the check-in counter and, thanked God, I got a seat without much hassle.

The heavy rain did not hinder the flight from taking off on time.

The flight was full as expected. I met a woman and her daughter whose flight was re-scheduled to the same flight as mine. Her flight was delayed for one day. When I looked at my ticket, it was printed 8thof August – the previous day’s flight. I was really lucky to be on board on the 9th of August plane which was the re-timed flight of 8th of August.

By the time left Taiwan, the news read that Morakot Typhoon has left the country for China. So, I thought the worst was over. It was not the case. When I reached home and read the news, the typhoon has done further horrific damage to Taiwan. Taiwanese farmers suffer great loss. Taiwan was facing water crisis before the typhoon arrived and hence the typhoon was half-heartedly welcomed to fill up their water reservoir. However, in some parts of the island, with 2.68 meters of rainfall in just two days, it was more than the country had asked for. Taiwan experienced the worst flooding in the past half century. Flooding and landslides in some remote mountainous area in southern Kaohsiung Country has made help to these areas inaccessible. Roads were washed away. Helicopter landing was difficult in the slippery landscape. Lives of more than 700 people were taken away, majority of them were mountain-dwellers buried in sudden mudslide triggered by the heavy rainfall.

Now August, 2010, a year after Morakot Typhoon visit to Taiwan, the country has done many reconstruction works; new residential areas were built, agriculture industries have been revived and new jobs have been created for the people, with collective efforts from the government, volunteers, survivors of typhoon as well as emergency relief efforts from around the world. 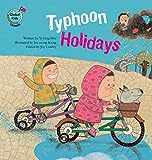