Versailles: Highlights of the Palace and Grounds

Jaynie is from Madison, WI but has traveled extensively. Her family speaks 4 languages, making the world very accessible.

Palace of Versailles: The Highlights

If you happen to be in Paris, it is worth the short train ride (approximately 20 kilometers) from Paris to Versailles. This 67,000 square foot palace was built in the 1600s for Louis XIV and his royal court. Versailles features 700 rooms, 67 staircases and countless pieces of priceless art including paintings and sculptures. Among the rooms are the infamous Hall of Mirrors and the King’s ornate private chapel. The King and Queen each had their own separate apartments inside of Versailles, which have been lovingly maintained. The grounds are breathtaking with their gardens, foot paths, ponds, fountains, sculptures and private chateaus. The quaint hamlet of Marie Antoinette and her own palace residence can also be found in the far reaches of the grounds.Visitors will feel as if they are on a voyage of discovery when touring the grounds that have been painstakingly maintained.

Guided tours are offered and headsets for self-guided tours are available to rent. The grounds can be toured on foot or by renting one of the many golf carts available, making it even more possible to see every corner of the magnificent gardens. The carts are pricy, but worth the expense, especially if you are pressed for time or if walking great distances is a hardship for you.

The following are some of the highlights of a trip to Versailles.

Typically cordoned to protect its integrity the chapel is a breathtaking example of French Baroque architecture. Paintings adorn the walls and ceilings and strong columns with relief carvings support two stories of marble and gold adornments. Even the floor contains intricately inlaid marble patterns. The pipe organ pipes stand majestically above the altar. The chapel was Louis XIV’s last major renovation to Versailles. It was in this chapel that Louis XIV and Marie Antoinette were married.

The Hall of Mirrors

This magnificent hall is the largest room at Versailles and offers spectacular views of Versailles Park. The hall features a grand total of 357 mirrors. Hence the name, Hall of Mirrors. The hall was constructed in 1678 to serve as a locale for the King’s grandiose celebrations. It was also in this hall that the Treaty of Versailles was signed in 1918 officially putting an end to World War I.

At the remarkable age of only seven, Wolfgang Amadeus Mozart performed at the Palace of Versailles in this room. The king’s prized astronomical clock is a central feature of this room and this clock was the first official time keeping system for the kingdom. 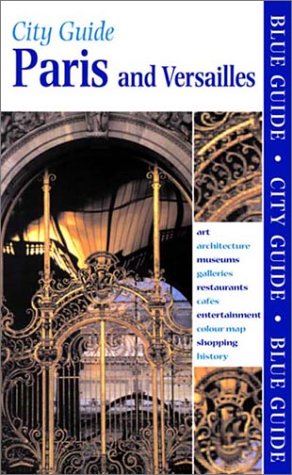 The Gardens of Versailles

The gardens span approximately 800 hectares of land to the west of the palace. Over six million people walk the gardens annually, and after just one visit, it will be clear why. They are nothing short of spectacular. Featuring impeccably manicured lawns, sculptures, fountains, flowers, small hamlets, ponds and glorious swans, the gardens magically transport visitors to another era. Don’t miss the hamlet of Marie Antoinette and the other quaint cottages in the far north-west corner of the gardens.

There are many striking pieces of art within the walls of Versailles and visitors may also be interested in the museum, gift shop, private apartments of the king and queen. If you have the time and inclination, the palace is open for your discovery, but the rooms and gardens I’ve highlighted will likely leave the most lasting impression.

5 out of 5 stars from 1 rating of Versailles Palace