For many ages Lithuania have had different statuses. It was the last pagan country in Europe. Later with co-operation with Poland it made Europe's first constitution, leaving French people behind just a few months. Lithuanian status has changed through ages, from duchy to kingdom and duchy again. Then it just became a part of Russian Empire. Later we gained freedom after World War I. As all countries those days we had authoritarian ruling, and then World War II came. There were many Jews in Lithuania, especially in Vilnius, so it's population dramatically decreased at the end of WWII. In 1990 Lithuania became the first country to secede Soviet Union and became an example for many other countries.

Vilnius is a beautiful city in the center of Europe. The geographical center of Europe is just 20km north from Lithuanian capital. In fact people consider Lithuania to be an eastern European country, but when you look at the map, you can see it's not true.

There is monument made in the Geographical Centre of Europe that you can visit by rented car, or with sightseeing tours. In fact it's worth visiting, to find out how it is in the centre of Europe.

A brief history of Vilnius

There are no exact date when Vilnius was established, but we know that it was first mentioned in 1323, in letters of our Dutch Gediminas. In 1387 we already used Magdeburg rights that were very moder those days. Here in Vilnius we also have one of Europe's oldest universities, established in 1579 by Steponas Batoras. The University is named for the city, so it's called Vilnius University. In 1610 there has been a huge fire in Vilnius that made a lot of damaged, and are sometimes even compared with the Great Fire of London. Vilnius was not always Lithuanian city. In 1920 Polish soldiers occupied Vilnius, and for 19 years it was Polish city. Still even now there is a big part of Polish living in Vilnius. At the time when Vilnius was captured, our capital was transfered to Kaunas. Even now sometimes Kaunas is called as Temporary Capital. Also after Lithuania left the Soviet Union soviet leaders where not happy about it and made an invasion in Lithuania at the night of January 13th, 1991. They occupied our TV tower, and in this way turned of any connections with other parts of world. There were 14 civilians who scarified their lives for Lithuania freedom. But after all those lives made Russians understand what they did and leave our country independent.

As Vilnius isn't very big city and has just a bit over half a million people living here, there are to subways or metros, and we don't even have a tram. The most popular and convenient way to travel in Vilnius is by bus or trolleybus. There are 2 types of buses. Those that are owned by municipality and others so called 'private/commercial'. The prices of traveling are almost the same. 2 litas ($0.8) per adult and 1litas ($0.4) per student/child if you buy it in newsstand or kiosk. But if you buy tickets on the bus price goes a bit up and stands respectively 2.5 litas ($1) and 1.25 litas ($0.5).

If want, you can buy Vilnius city card. This card gives you free-of-charge traveling by buses and minibuses in Vilnius city. Also you can visit museums free-of-charge and get discounts for tours on foot, minibus or bicycle. It also includes discount on some hotels, restaurants, cafes ect.

Places you must see

When you come to every city, there are some a must see places. There are such places here too. I will give you a short list with descriptions of the most interesting, and a must see places in Vilnius and around.

The Cathedral of Vilnius

A must buy photo album about the beautiful nature of Lithuania

As Vilnius is one of the 'greenest' cities around, there are lots of parks of course. I insist you on visiting at least 3 or 4 to feel how 'green' Vilnius is. In fact There are a few parks in the center of Vilnius.

It's Kalnų park (Park of Hills) located in the same place as Three Crosses Monument.

Sereikiškių park is just in the same place, but on the other side of the river.

Verkiai regional park is the place i marked in map. It's The northernmost pin on the map marked as Verkiai Palace.

Vingio park. The biggest park in Vilnius. It's very popular among townspeople. Many concerts are held there.

More information about parks in Vilnius is here.

Vilnius by the night

As i have been in many European counties, i know what night life there is and what it can offer. Vilnius has it's party spots too. There a lots of night clubs, but I include the most popular or interesting: 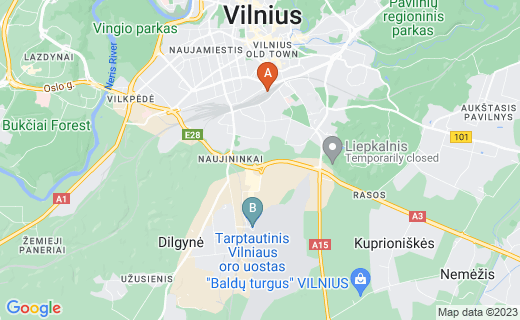 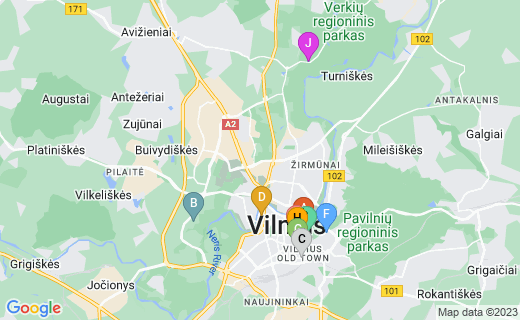 The area where o lot of artists live. Translated should sound like - On the other side of river

The most beautiful view of Neris in Vilnius

Hubs about other Lithuanian cities 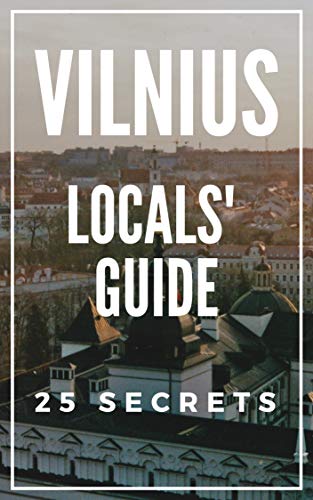 VILNIUS 25 Secrets 2020 - The Locals Travel Guide For Your Trip to Vilnius - Lithuania: Where to Go, Eat & Party in Vilnius (Lithuania)
Buy Now