In the city of Pittsburgh, there is a park located in the downtown area called Point State Park. Locals refer to it as “The Point.” It is a 36 acres park that is managed by the state of Pennsylvania. It is located where the Monongahela and Allegheny rivers meet to form the Ohio River.

The park was created from land acquired by the local government through the use of eminent domain. At one time, the area was a very busy industrial site until this acquisition during the 1950s. Point State Park was officially open to the public in 1974. This is also the same year the park fountain, located at the place where the three rivers join, was completed. The current design for the park happened when a plan to build a Point Park Civic Center was rejected.

History Of The Park

Visitors to Point State Park can see the outlines and remains of Pittsburgh's two oldest structures. They are Fort Duquesne and Fort Pitt. Also located in the park is the Fort Pitt Museum. It has many interesting artifacts and information about how the Pittsburgh area was involved with the French and Indian War. The war lasted from 1754 to 1763. During this war, the land that eventually became Pittsburgh was a major battlefield for the conflict. Fort Duquesne was built by the French in 1754. It was destroyed by the French as the British approached. Fort Pitt was built by colonists on the same site as Fort Duquesne in 1758. The city of Pittsburgh authorized archeological excavation of the foundation of Fort Pitt in 1965. There is an outline of the place where the fort stood in the park. This gives visitors a sense of the size of Fort Pitt. At Point State Park, there are also a number of monuments, plaques as well as markers designed to help people realize the history of the area.

Point State Park offers visitors a chance to enjoy the rivers, the fountain and the many events held there. Everything from the Three Rivers Arts Festival to the Three Rivers Regatta is held at the park. It provides people with a place to travel down the river on their boat and then moor the boat for an event. A person can hike the Three Rivers Heritage Trail. It is a 37-mile long trail. This trail is also open for walkers, runners, and bicyclists. There are a number of environmental education as well as interpretive and recreation programs offered at the park.

Point State Park has an impressive fountain that can spray water over 149 feet into the air. The water used by the fountain comes from an aquifer. It is known as the “Wisconsin Glacial Flow” and flows over 50 feet underneath the park. This aquifer is filled with gravel and sand. It is sometimes referred to as Pittsburgh's fourth river. The fountain is located at the tip of the park. Prior to the fountain, this area was where two bridges connected. They were the Point Bridge and the Manchester Bridge. Both of them were removed during the 1970s. This was done so the fountain could be constructed. The circular base of the fountain is 200 feet in diameter. It is a popular place for people to sit and enjoy a nice summer day.

Located at Point State Park is a small brick building known as the Blockhouse. It remains the only intact portion of the original Fort Pitt. The blockhouse was built in 1764. It is believed by many to be the oldest structure in Pittsburgh as well as Western Pennsylvania. The blockhouse was able to survive the elimination of the rest of Fort Pitt. It was turned into a single-family home in 1785. Over the next century, the building was home to a number of families. The blockhouse was given as a gift to the Pittsburgh's Daughters of the American Revolution (DAR) in 1894. It is currently owned and operated by the Fort Pitt Society of DAR.

Located on Point State Park is also the Fort Pitt Museum. The building is a recreation of a bastion that was at Fort Pitt. Those who visit the museum are able to learn historical information about the role of Fort Pitt during the French and Indian War. Fort Pitt Museum also helps people know what happened in the area during the American Revolution, Whiskey Rebellion (1791-1794) as well as the founding of the city of Pittsburgh. The museum was created and operated by the PA Historical and Museum Commission until it closed in 2009. The Heinz Center began to operate it, and the Fort Pitt Museum was able to be reopened during April of 2010.

Visitors who go to Point State Park are able to simultaneously see three rivers at once. The Monongahela River starts in Fairmont, West Virginia and flows north toward Pittsburgh. The river's name is an Indian name which means “high banks breaking off.” It is believed it was given this name because of the common muddy appearance of the river's water. The Allegheny River is from an Indian word that means “stream of the Alligewi.” This refers to the Indian tribe that lived in the area. The Allegheny River starts over 300 miles north in Coudersport, Pennsylvania. When the two rivers meet they form the Ohio River. The Ohio River flows more than 900 miles to Illinois, where it becomes part of the Mississippi River. Explorers and early inhabitants of Pittsburgh believed the Ohio and Allegheny rivers were one single river. The Seneca gave the Ohio river its name. The meaning translates into “River Beautiful.

In 2006, an investment to renovate Point State Park was provided by the PA Department of Conservation and Natural Resources. The renovations included increasing the park's green space as well as expanding the recreation opportunities the park could provide. It also included preservation of the historical elements, updating park amenities and more. The renovations were necessary because the park fell into disuse after it opened in 1974. It was a place where trenches in the park displaying the area of Fort Pitt were used as shelter by the homeless. Parts of the park had rolled up snow drift fencing, plastic drums as well as cut logs scattered around it. Major cracks were in the walkways, and they were falling apart. The restoration project was a big success. It was able to return Point State Park back into a beautiful and clean place to enjoy. It is now a park that provides a variety of recreational opportunities for people of all ages. 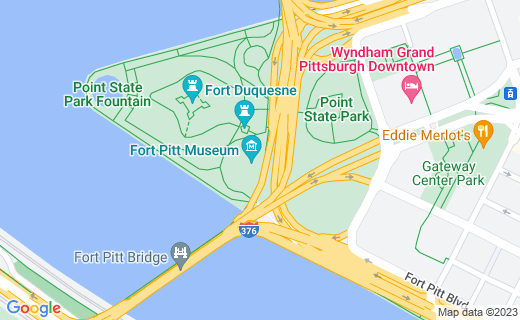 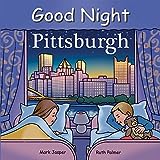