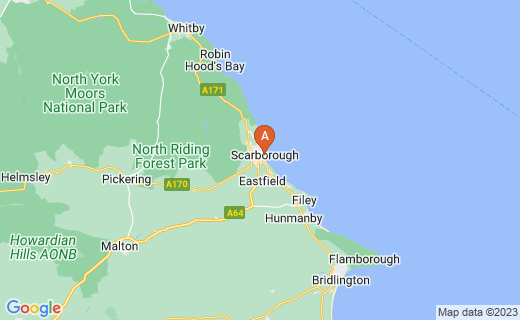 Scarborough is located on promontory* on the East coast of England. It is situated around 20 miles south of Whitby and about 17 miles north of Bridlington.

There is evidence that the area on the clifftop has had settlements since the Stone Age. in the 1130's William le Gros, Count of Aumale. During the 1160's King Henry II rebuilt the castle in stone. It is the remains of this and its later additions that we see on the cliff top today.

Over the years the town grew around the castle and in 1253 a Royal Charter was passed allowing a Market on the Sands. This Market came to be known as Scarborough Fair.

In 1845 the Railway came to Scarborough bringing with it tourists from York. It was also at this time that The Gran Hotel opened.

*A rocky outcrop that in this case juts into the North Sea. 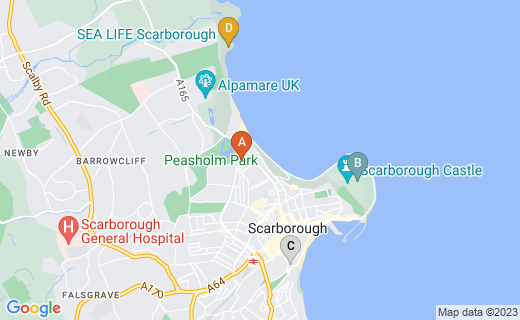 Today there are lots of different attractions to keep the whole family happy.

Situated just up the hill from the Harbor it is a free attraction run by volunteers.

A small museum that houses a wealth of history. The Rotunda was Originally opened in 1829 by Geologist William Smith. There is a great Dinosaur Exhibition as well as a wealth of other fossils that have been found locally.