Get to know Taiwan

Things you should know about Taiwan

I had the opportunity to work in Taiwan for three years. And within that period of time, I have discovered fascinating things about the people, the culture, and the country as a whole. For the past years it has opened its doors for tourists and expats from all over the world.

Taiwan is a beautiful island in Southeast Asia which was known historicaly as "Formosa". It comprises more than 90% of the Republic of China territory with an area of 35,883 square kilometers. This country is a safe haven of wildlife and rich natural resources. The climate here varies from tropical to sub-tropical where I experienced my very first winter (with no snow though). Taiwan's landscape is mostly mountainous but you can also see big cities . Most of their electronics factories and industries are located within these cities. The growing manufacturing sector became a big part of the country's rapid economic growth. This is the reason why Taiwan has been a home to foreign workers from around Asia specifically from Indonesia, Thailand and the Philippines.

What makes this country more beautiful from the others? The answer lies on its citizens. Taiwanese people are very disciplined,hardworking,law-abiding and goal-oriented. Their discipline shows everyday on how orderly their country is, from the streets,to their stores and to their workplaces.They have very high value of patriotism. For them working everyday is not just for their families but at the same time they are doing something to maintain their country's stable economy. Working with these people for years taught me how to value time and my job. And that became their tool to succeed together as one for their country.

There is also one inspiring thing about Taiwan that some don't have. It is how they balance economic growth and preserving the environment. They have big establishments and infrastractures and at the same time green sceneries surrounding their higways and train stations.Preserving their natural resources became a part of their growth which made them a leading country in Southeast Asia when it comes to expat destinations and in the manufacturing sectors' point.

When it comes to its tourist destinations.just last 2013 they recordeded an annual income which amounted to NT$366.8 million (NT$ is New Taiwan Dollar) from their tourism sector alone. Some of these spots became my favorite. And I would recommend these to anyone who wants to visit this country.

Visit Taiwan and its hidden gems. 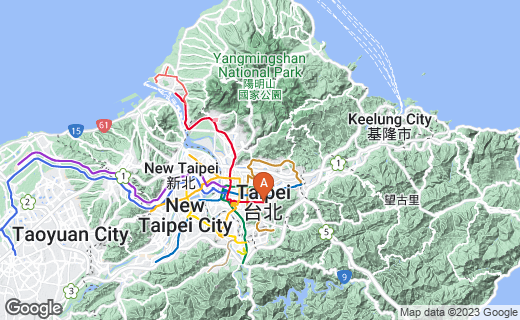