Andy Warhol was an iconic American artist who created some of the most memorable and impressive works of art in the 20th century. He was an innovator. Warhol was a pioneer and accomplished artist in Pop art and other emerging art forms. His work grew in stature and popularity during the decades of the 60s, 70s, and 80s. Warhol started his career as a commercial illustrator before becoming a well-known and admired artist. Today, people can see and experience many pieces of Warhol's work at the Andy Warhol Museum. It is located in Pittsburgh, Pennsylvania. It contains seven floors of Warhol's works and provides visitors a chance to see a permanent collection of the artist's work and archives. The Andy Warhol Museum is also the biggest museum in the United States designated for just one artist.

The Andy Warhol Museum is located in a building that is 88,000 square feet and has seven floors. The building houses over 16 galleries, hundreds of paintings and thousands of Warhol's work on paper. It also has hundreds of unique prints, over 76 sculptures, thousands of photographs and more than 4,000 Warhol films and works done on videotape. It enables people to see Warhol's work from all periods of his life. This includes when he was a student during the 1940s, his commercial illustrations and sketchbooks from the 1950s as well as his work from the 1960s through the 1980s. Visitors can see Warhol's painting of consumer products like the Campbell's soup can, his paintings of celebrities like Elvis and Marilyn Monroe as well as his collaborative paintings with Jean-Michel Basquiat and more. The museum sponsors over 50 traveling exhibits. Since it opened in 1996, the museum has attracted millions of visitors from around the world.

This collection shows visitors a number of papers and other items from Warhol's estate. There is source material for much of his art. This includes magazines, photographs, newspapers and a number of other items. It is also possible to view hundreds of items from Warhol's personal collection of collectibles. This consists of ephemera, books, magazines, 600 time capsules. The time capsules are works of art collected from archived items from Warhol's daily life. There are thousands of audiotapes, diaries, correspondence, clothing and more. These items can be used for research, but this is only possible with an appointment from the museum.

The collection of video and film at the Andy Warhol Museum is comprised of over 59 feature films, hundreds of Warhol's screen tests and thousands of videos. Regularly added to the collection as they are finished being preserved, are exhibition prints of every Warhol video and film. Visitors can see Warhol's video and films at one of the many exhibitions the Museum provides to the public. People who are interested in viewing the films for the purpose of research can do so with an appointment from the Museum.

The desire for an Andy Warhol Museum was announced in 1989. This was more than two years after his death. The Andy Warhol Foundation for the Visual Arts (AWFVA) and the Dia Foundation pledged to donate artwork from Warhol that was estimated to be worth over $79 million to the museum project. The person designated to be the museum's first director was Thomas N. Armstrong III. He had previously been the director at Whitney Museum of American Art. Starting in 1993, an old industrial warehouse building with 88,000 square feet was chosen to house the Andy Warhol Museum. It required many renovations. The cost for this was over $11 million. The museum opened in 1994, and over 24,000 people visited it during the opening weekend. Since that time, the museum's funding, as well as items for display, have steadily grown.

His birth name was Andrew Warhola, Jr. He was born in Pittsburgh, Pennsylvania on August 6, 1928 and passed away on February 22, 1987. Warhol was 59 years old when he died. He was the fourth child of Julia and Ondrej Warhola. While in the third grade Warhol developed Sydenham's chorea. This is a disease that causes involuntary moving of a person's extremities. Warhol was often bedridden as a child and an outcast at school. When he was confined to a bed, Warhol drew, collected pictures of movie stars and listened to the radio. Warhol often commented that this time in his life contributed the most to his development as an artist. He graduated High School in 1945 and then attended Carnegie Institute of Technology and studied commercial art.

During this time, Warhol obtained notoriety for his humorous ink drawings of advertisements for shoes. He also designed covers for record albums. This is the time he also developed his process for making silk screen prints. He created a method of applying ink to paper then blotting the ink while it was still wet. Much of his artwork during this time had smudges and smears. Warhol told people if they do something exactly wrong, they're bound to turn up something.

This was the time when Warhol made his first Pop paintings. The subjects were mostly comics and advertisements. In 1962, Warhol obtained worldwide notoriety. This was when his legendary Campbell's Soup Can Series came out. It created a sensation in the world of art. Soon after this success, he created his famous portraits of movies stars such as Elizabeth Taylor, Marilyn Monroe and more. He then started creating hundreds of films with well-known celebrities. This is also the time he gave an exhibition of his sculptures. It included a number of replicas of supermarket products. This is when he introduced his art studio known as “The Factory.” During the 1960s, Warhol was a common feature in magazines and other forms of media.

At this time, Warhol founded the magazine Interview, which is devoted to popular culture, film and fashion. It is still being published. Warhol began creating a series of something he called “Time Capsules.” They were simply cardboard boxes he filled with items from his everyday life. Warhol created over 559 of them. He also was busy socializing with famous celebrities such as Truman Capote, Liza Minnelli and others.

Collaborating with young artists such as Keith Haring, Jean-Michel Basquiet, and others is what Warhol did during this time in his life. He had television shows such as Andy Warhol's T.V and others being broadcast on New York Cable channels. He did work for Saturday night live, appeared in television shows and produced music videos. His final two art exhibitions had take place in 1987 in New York approximately a month before he passed away. Andy Warhol died on February 22, 1987, from complications associated with having gallbladder surgery. 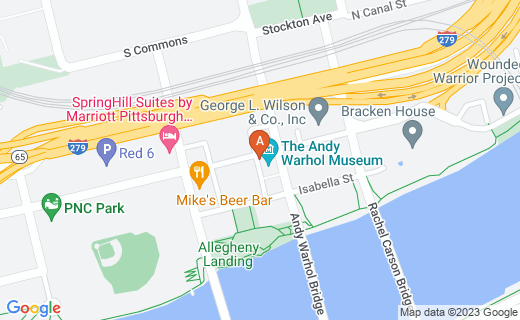