The Fort Pitt Museum is located inside Point State Park in Pittsburgh, Pennsylvania. The museum itself is in the shape of a bastion recreated to be in the likeness of Fort Pitt. This fort was constructed by the British in 1758. The museum provides information and artifacts about Fort Pitt and the surrounding area during the French and Indian War, Revolutionary War and more. It also shows visitors the impact of the Whiskey Rebellion as well as the creation of the city of Pittsburgh.

This is a war that took place between 1754 and 1763. It was fought as part of the Seven Years' War that was taking place around the world. The colonies of British America was fighting against New France. Each side had the military support of their parent countries. Great Britain supported the American colonies and France supported New France and the Native Americans that fought with them. When the war started, the French colonies had a population of approximately 60,000 settlers from Europe. The British settlers were estimated to be over two million. The war was fought from the Virginia colony up to southern Nova Scotia. The French and Indian War war started because of a dispute between the British and French concerning control of the area in present-day Pittsburgh. It began during the Battle of Jumonville Glen in 1754. During this battle, George Washington and militiamen attacked a French army patrol. The British Army was able to eventually capture the Colony of Canada, much of the surrounding area as well as Quebec between 1758 and 1760. A treaty was signed to end hostilities between the British and French in 1763. Great Britain got all of the territory east of the Mississippi and much more. The treaty reduced the French influence in the New World to only in the Caribbean Islands of Saint Pierre and Miquelon. This resulted in Britain becoming the dominant force in North America.

This was a protest against a tax that was enacted in 1791 when George Washington was president. The tax on whiskey was the first tax placed on a domestic product. It was one of the first things done by the new American federal government. The tax was designed to generate revenue in order to decrease the national debt. The tax was supposed to be put on all distilled spirits. During this time in America, whiskey was by far the most popular distilled liquor. This is why it was commonly referred to as the whiskey tax. Paying the tax was resisted by many of the farmers in western Pennsylvania and Kentucky. These people were used to turning their surplus corn and other grain into whiskey and selling it. Many of these farmers had fought in the Revolutionary War. They felt this was a situation of taxation without representation. A principle they volunteered to fight for against the British. The U.S. federal government felt the tax was legal based on the Constitution. When federal officials tried to collect the tax, they were usually turned away using violence and intimidation. In 1794, a few hundred men attacked the home of a tax inspector named General John Neville. George Washington sent 13,000 militiamen to suppress the rebellion. When the militia arrived in the area, there was no confrontation. Most of the men went simply went home and worked their farms. Some men were arrested but later were pardoned or acquitted.

This fort was built by the French during the 1750s. It was constructed at the point where the Allegheny and Monongahela rivers join to form the Ohio River. At the time, there was a very successful trading post in place operated by an Englishman named William Trent. Fort Duquesne was part of a number of forts the French built in the area. There was Fort Presque Isle near present-day Erie, Pennsylvania. This was followed by Fort LeBoeuf, then Fort Machault. Fort Duquesne was constructed to be similar to Fort Frontenac located on Lake Ontario.

This was a fort that was built in 1758 during the French and Indian War. It was constructed in an area located in the city of Pittsburgh, Pennsylvania. The fort was constructed next to the site of Fort Duquesne. This was a french fort constructed at the start of the war. This area became a valuable place to control. It was a strategic location because it was where three rivers met. British General Edward Braddock commanded an expedition in 1755 to take Fort Duquesne. Braddock's troops were soundly defeated at the Monongahela River. The fort was again attacked by a British regiment in 1758, but the French were able to again defeat their attackers. In November of that year, the French abandoned and destroyed Fort Duquesne as British General John Forbes's forces approached. The reason was the Treaty of Easton. The Indians located in the British colonies agreed to end their alliance with the Indians supporting the French. The agreement was based on the idea that the British military would abandon the area when the war was over. The Indians wanted a trading post on the spot where Fort Duquesne had been. They also wanted the British army to leave. The British built a fort and named it Fort Pitt after the British statesman William Pitt. The British military did not leave the area.

The museum was first opened in 1969. It was designed to provide visitors with a good understanding of the events that occurred in western Pennsylvania and how they influenced the world. It was initially operated by the Pennsylvania Historical And Museum Commission. After experiencing funding difficulties, Fort Pitt Museum was closed in 2009. The Heinz History Center assumed management and operation of the museum. It was able to be reopened in 2010. People are can go to the Fort Pitt Museum and learn about the thousands of women and children in the area who were taken captive by the Native Americans during the French and Indian War. The museum has many rare artifacts available for viewing. They provide powerful images of Indians and those they captured. Many of the people who were Indian captives took the time during their life to write down the experience or have someone record it for them. Hundreds of documents concerning settlers being Indian captives were collected by the museum for people to see. In many cases, people found living with the Indian captors meant they were treated as part of the Indian family. When the French and Indian War was over, the women and children who were captured were returned to European settlements. Many of them did not want to return. It was common for these women and children to leave the settlements and go back to live with their Indian families.

The Fort Pitt Museum is open year-round except for closures on New Year’s Day, Easter, Thanksgiving, and Christmas Day. 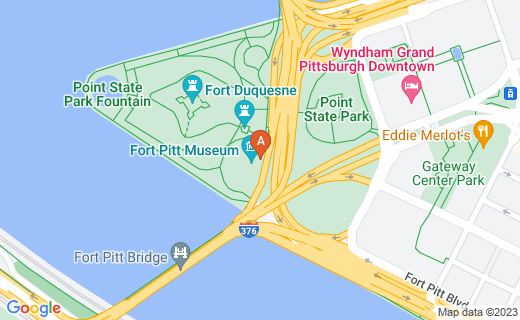