In 1919, H. Ellis Reed and his father William Reed decided to look for a location in the Hollywood Hills where musical performances could be held. They were asked to find a location suitable for outdoor performances by the Theater Arts Alliance. They chose an area that was called the Daisy Dell and known as Bolton Canyon. This place became the location of the Hollywood Bowl. The first major event occurred at here during November of 1921. It was a sunrise church service. The Hollywood Bowl was officially open to the public as a natural amphitheater in 1922. At this time, visitors were able to view performances while sitting on makeshift wood benches. After some time had passed, simple awnings were used to cover the stage. The first complete season performance by the Los Angeles Philharmonic took place during 1922. It was conducted by Alfred Hertz. Permanent seating was installed at the Hollywood Bowl in 1926. This made it possible to accommodate large crowds. In 1936, over 26,000 people were able to go there and watch the opera singer Lily Pons perform.

When it was first used as a performing venue, the Hollywood Bowl had simple awnings to help with the sound. The land around the location provided the best possible acoustics. During the 1927 season, a pyramidal shell designed by Frank Lloyd Wright's son, Lloyd Wright, was placed at the Hollywood Bowl. It was made from lumber left-over from a previous stage production. It was not well liked and was dismantled at the end of the season. In 1928, Lloyd Wright built a fiberglass shell for the Hollywood Bowl. It was designed with 120-degree arches. It had movable panels designed to help tune the acoustics. This shell was able to be dismantled and stored between performance seasons. It was not taken down and did not survive the winter weather. In 1929, the next shell was constructed at the Hollywood Bowl. This shell was used until the conclusion of the 2003 summer season. At this time, the shell was replaced with a much larger and acoustically improved shell. This new shell started being used during the 2004 summer season. The new shell was designed to incorporate all the important elements of the 1929 shell and the previous ones.

There is a sculpture at the Hollywood Bowl made by George Stanley and called “Muse of Music, Dance, Drama.” It was created between 1938 and 1940. The work on the sculpture was part of the Public Works of Art Project (PWAP). It was one of the hundreds of Work Art Projects made around Southern California. At the time it was completed, the sculpture was considered an impressive feat of engineering. It is comprised of more than 1,100 tons of concrete. The forms are made from granite. Each granite block used was taken from a quarry in Victorville, California. It also contains a complex fountain system. Water pools at different levels of the sculpture. It depicts three muses: Drama, Music and Dance. The central figure is the muse known as Music in a kneeling position playing the harp.

There is a museum located in the Hollywood Bowl that opened in 1984. The entire museum was rebuilt in 1996 and renamed the Edmund D. Edelman Hollywood Bowl Museum. Edmund D. Edelman served on the Los Angeles City Council starting in 1965 until 1974. He also was a member of the Los Angeles County Board of Supervisors starting in 1975 and ending in 1994. When individuals go to the Hollywood Bowl, they can use the the Highland Avenue entrance. The museum can be seen at the bottom of Peppertree Lane. It has been designed to provide a historical record of the Hollywood Bowl. People who visit the museum can see the major role the Hollywood Bowl has played in the world of entertainment. It has helped shape the careers of some of the most successful entertainers from the 20th and 21st centuries. Admission to the museum is free.

It has been named the Best Major Outdoor Venue for twelve years by Pollstar magazine. The Hollywood Bowl is the largest active natural amphitheater operating in the United States. It is a public park that provides visitors with over 13 different picnic grounds. It provides visitors with three different types of seating. There are canvas-covered chairs known as box seats. Super seats are stadium-style plastic seats designed for comfort. Each one of the super seats has a cup holder. These are located in the center. There are also bench seats. The Hollywood Bowl has large video screens on both sides of its stage. This provides a special experience for everyone who attends an event there. 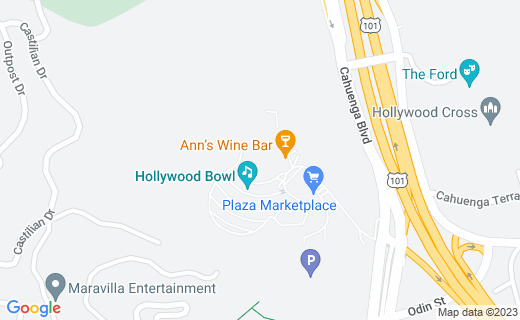