ToonSeum is a small colorful museum that provides its visitors with a special cartoon and comic experience. People who enjoy comics and cartoon art will want to visit the ToonSeum museum. It is considered a boutique style museum and has over 100 pieces of art on display at any given time. The displays in the museum are rotated every couple of months. It's a place where children and adults can enjoy seeing current and historical comic and cartoon displays. ToonSeum is a popular place to introduce children to the cartoon arts by showing them popular characters.

ToonSeum began as an idea of Pittsburgh cartoonist Joe Wos. He is the founder and former executive director of ToonSeum. In 2014, Joe Wos stepped down from being ToonSeum's executive director. ToonSeum was started in 2007 when Wos had two long walls of gallery space at the Pittsburgh's Children's Museum. He filled the gallery walls with impressive displays of comic art and cartoons. The displays made up the original ToonSeum museum. They were moved to the current location in 2009. At that time, Joe Wos donated his personal library of books. He also contributed his collection of animation cartoons. His goal in creating ToonSeum was to establish an active community for cartoonists. It has obtained the support of many local organizations such at The Andy Warhol Museum, August Wilson Center, and from many cartoonists from all over the United States.

He began being a professional cartoonist at the age of 14. Wos is known for always trying to find new and different ways to experience his passion for the world of cartoon arts. He spent over 24 years touring the United States as a performer. Wos would tell a live story and provide illustrations as he told it. He has also spent time illustrating live symphony performances for the Pittsburgh Symphony Orchestra. His artwork has been put on display in museums around the world.

Joe Wos created MazeToons. They are known as a special hybrid illustration that is a puzzle but also a cartoon. MazeToons are often published in the comic sections of newspapers. This has earned Wos the reputation of being a master maze maker. He has the distinction of making the world's largest cartoon maze that was drawn by hand. It measures approximately 140 square feet. This hand-drawn maze contains over a hundred illustrations. This maze was written about in the Huffington Post, Wall Street Journal and in other media all over Europe. A mural-sized maze created by Joe Wos is on permanent display at the international headquarters for Starkist.

The various collections of artwork put on display at ToonSeum are fascinating, colorful as well as diverse. It has featured exhibits such as “Fear of a Black Marker.” This was a showcase of work done by Keith Knight who is a well-known cartoonist. It included exhibits from the work by Knight' K Chronicles as well as Alt. Weekly Comics. Exhibits at ToonSeum have also included the history of the Teenage Mutant Ninja Turtles as well as displays from a number of other memorable comics and cartoons. It has included exhibits that show the engineering and science behind gadgets utilized by superheroes and more. It regularly provides displays with a wide variety of comic and cartoon memorabilia.

Right before the release of the movie “Captain America: Civil War,” ToonSeum put on display the pages of some original comic-book artwork done by the co-creators of Captain America; Jack Kirby and Joe Simon. It also had displays of artwork by well-known comic book artists Mike Zec, John Romita, Frank Miller, Tim Sale and John Byrne. Visitors were able to view rare vintage comic books. A movie prop replica of the shield used by Captain American was also on display.

A variety of comic book series from Richie Rich, Little Audrey, Sad Sack, Wendy the Witch as well as Caspar the Friendly Ghost and others were published by Harvey Comics. The exhibition at ToonSeum provides some of the original artwork done by such well-known comic creators like animators Steve Muffatti and Warren Kramer. They are credited with establishing the look of Harvey Comics. The company ended publishing its comics in 1982. The characters created by Harvey Comics remain very recognizable. Dark Horse Comics has published a five-volume series of the classics published at Harvey Comics.

ToonSeum is a place that offers classes to young people to expand their skills and knowledge of comics and cartoon art. The next generations of cartoon and comic artists are provided with the necessary tools for success. ToonSeum classes are taught by professional cartoonists. The museum provides weekday classes as well as weekend workshops. ToonSeum provides such classes as Cartooning Basics, Character Creation Lab, Collaborative Storytelling, and others.

ToonSeum established the Nemo Award in 2009. It is awarded annually to notable individuals who have proven their excellence in the cartoon arts. The goal of the award is to recognize the many different career successes of a cartoonist. It's not about just the creation of originals, but their devotion and contribution to the world of comic and cartoon art. Some recipients of the Nemo Award have been Dick Locher who won the Pulitzer Prize for Editorial Cartooning. Ron Frenz is a Nemo Award winner who is known for his work with Marvel Comics. Frenz is also the co-creator of the Spider-Girl character. Jerry Robinson is a Nemo Award recipient and known for his work with DC Comics and their Batman line. Robinson is best known as the co-creator of the characters Robin as well as the Joker. Tina Robbins is a Nemo Award winner. She is a female artist dedicated to developing outlets and promoting females in the cartoon and comic industry. 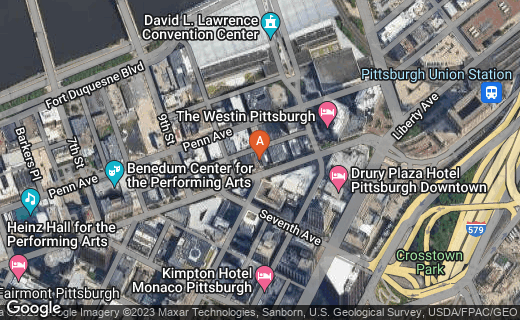 The Toonseum in Pittsburgh Pennsylvania. A place to explore the world of Comic Books
Buy Now