Visiting Amsterdam – The Venice of the North

Loving to travel and knowing new people and cultures, I have always thought I would not want to go back to a city I had already visited, I mean, it’s such a big world after all.

But Amsterdam seems to have cast a spell on me and I long to return.

I’m not sure if it was the peculiar architecture, the people, the canals, the culture, the history embedded in the air and the buildings and the landscape, probably everything put together. The fact is that AMSTERDAM is a city worth visiting.

Being accustomed to generous temperatures I scheduled the trip to mid August.

The weather can be an important detail, after all if it’s too cold you’ll probably feel less inclined to wander off on foot and to get to know Amsterdam you really need to step into your walking shoes.

Before scheduling your trip be sure to find out the precipitation and temperatures average and see if it meets your standards. With an average temperature of 20-21º C in August I found that was the perfect month for the trip. Not very hot, not very cold, and during the stay there was no rain whatsoever, which made everything more perfect and allowed to enjoy the cafes’ promenades everywhere.

Some people say that the summer is the worst time to visit Amsterdam, because it’s the most popular season for tourism, but I found it alright, although I tend to find “crowds” a problem.

Amsterdam settled in the 12th Century as a small fishing village. Conquering land from the Amstel ( the river that bathes the city ) Amsterdam grew. It eventually turned to one of the most important cities and ports in the world, because of the merchant navy and commerce. It was a leading center for the finance world in its first steps and it was number one when it came to trading diamonds. Talking about Amsterdam you also have to remember tulips traded as if they were diamonds at one time, even smuggled on account of its high price, many times over one year’s pay of a skilled craftsman, until the crash. Nonetheless tulips remain a part of the country and the city, an old city, a gem preserved, but nonetheless projected into the future, by its people, by its culture, by its history.

Amsterdam is called the Venice of the North, because of its many canals and lovely houses alongside, although its nature is quite different.

Amsterdam can be divided into seven main central areas: the Canal Ring – Estearn, Central and Western, the Plantage, the Museum Quarter, the Nieuwe Zidje and the Oude Zidje.

Each of these areas have their own special attractions. I chose a hotel in the Nieuwe Zidje, near the Dam (which is a main square near a cathedral (Nieuwe Kerk) and the palace that serves as city hall. It is a beautiful area, very central, close to the Central Station, very close to the Oude Zidje, where the Red Light District (an Amsterdam must) is.

But there are other very interesting areas you choose as the basis for your Amsterdam visit, such as the Leidseplein and the Rembrandtplein, if you are into night life and loads of fun.

Amsterdam offers a vast range of activities, there is also something to do or see. I chose to see Amsterdam on foot and by boat. But bike is also a good choice and it is one of Amsterdam’s trade characteristics. There are a lot of cars in the city and not a lot of parking places, which are quite expensive, so a lot of people choose bike to get around in the city. Everybody rides and owns bikes, young people, old people, they can carry everything in bikes, TV’s, groceries, children, each other. I’ve even noticed a very well dressed young couple on a bike, I still think they were going to a wedding, after all what explains suit and a nice dress and high heels? It is absolutely amazing if you are not used to this sight.

Personally, I found a bit confusing riding a bike in the middle of all that traffic, so I did not try it, much to my regret.

Anyway, it is also a possibility, renting a bike to get to know Amsterdam.

The house where Anne Frank lived before being captured by the Nazi’s during World War II is now a museum. It is quite interesting, but also very sad.

The Rijksmuseum is a must see. The building alone is astonishing, the gothic façade of red brick with a décor of colored tiles is breathtaking and once you get inside you can marvel with an exquisite Dutch art collection. You can see the works of Vermeer, Steen, Avercamp, Rembrandt. Sculpture and decoration, namely Renaissance Furniture showing the richness typical of the Dutch Golden Age are also available at the museum, as well as Delft china, Jewellery work and the famous Dutch Doll Houses. There are also other works to be admired, such as engravings and drawings and a collection of art work from China, Japan, Indonesia and India.

The origins of this cathedral go back to the 13th Century, but the gothic structure is from the 14th Century. It was extended and improved throughout the centuries and it is a wonderful example of gothic architecture. It is located in the Red Light District and it’s well worth a visit.

Be sure to enjoy a boat tour in Amsterdam’s canals (I would even say two, one during the day, another at night). It is the best way to have a general view on Amsterdam and really take the time to enjoy small details and experience the city.

The canals are Amsterdam, they reflect and enlighten Amsterdam. Rooted deeply in history, commerce and merchant navy, Amsterdam would not be what it is if it were not for the canals.

Canals not to be missed: Herengracht (Lord’s canal – named so after the Lords that ruled the city, which lived in this part, building beautiful houses with inner gardens), the Singel (that encircled the old medieval Amsterdam), Prinsengracht (Prince’s canal), Brouwergracht (very important during the Dutch Golden Age, it was through this canal that ships entered with spices and silks, many of the beer brewery were located in this area, as well as warehouses, which nowadays are converted into flats. It is one of the most expense living areas in Amsterdam). 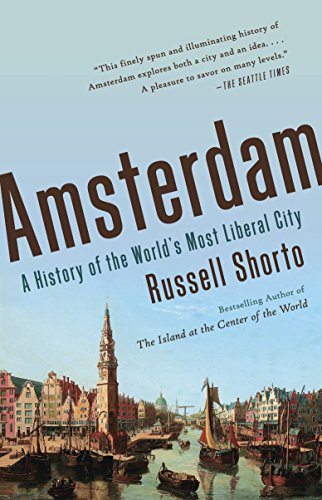 Amsterdam: A History of the World's Most Liberal City
Buy Now

Known all over the world for the legal sex business, this neighborhood is much like any other in Amsterdam, with the difference that is much oriented to the sex business. So, amidst regular bars, coffee shops, restaurants, you can find show windows with women, as well as sex-shops and even sex museums. Though you may want to avoid bad lit alleys, it is pretty much safe (always a lot of police around) and it is quite cheerful. At dinner time you can see a lot of families with children taking a walk.

Other places not to miss:

Kominklijk Palais – A palace to built to be used as city hall in the Dam, just besides the Nieuwe Kerk, the new cathedral, also a must see;

Amsterdams Historich Museum – Established in an old orphanage from the 16th Century, this museum allows you to get a bit more in touch with Amsterdam’s history;

Vondel Park – A wonderful park to spend a relaxed afternoon, much like the British parks, with lakes, small island and green everywhere, delightful and peaceful, where you can enjoy fresh air.

My first big impression in Amsterdam was about architecture, it is impressive, specially considering how the houses were built in the old days, on wooden piles driven very deep into the ground, because of the soil in Amsterdam is very soft and wet. So, you get row of houses standing side by side along the canals very narrow and tall, most of them crooked, if you look carefully. The other amazing thing is that most houses have a winch on top, that’s because the stairs are usually to narrow and steep to carry furniture, so people use on the winch until this day on removals.

Then you can but not notice the big windows on those narrow houses, such big windows with no curtains. This was a confusing fact for me, because I’m used to curtains and not letting other people see into my house, but apparently that it is absolutely natural, nothing wrong with that. So, you just walk around Amsterdam (specially at night)and you can see dutch people having dinner or reading a book sitting on their sofa, perfectly unaware that there may be people looking straight at them, although I’m also aware those people are most probably baffled tourists that are not used to this. I was told the reason they have no curtains is cultural/religious, like curtains could imply that they were doing something wrong and didn’t want people to see or know. So, to make sure everything is out in the clear, no curtains whatsoever.

Most sun kissed terraces in cafes have no sun umbrellas whatsoever, which I found most strange, but apparently everybody quite enjoys to relax in the sun. I take it that’s because there is not all that sun most of the time, so they try to take what they can.

Probably when all is said and done, you still have a lot to say and do. The city itself is a living monument, the people are friendly and the ambience is inviting. There is so much to see, it is the oldest youngest city I know where you can plunge in the future or dive in the past, with the same easiness and everywhere you look you can not but be amazed. 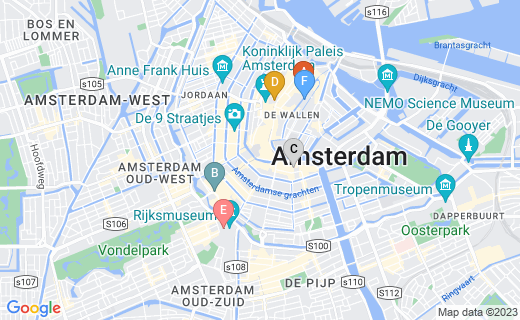 cathedral from the 13th Century

Please let me know if you liked this hub... Leave a comment and don't forget to vote.

For more information check out my profile and stop by my other hubs.

© Copyright Algarveview.hubpages.com. To use part or the whole article you must first get written permission from the author. Feel free, nonetheless, to use an intro of the hub with a link to the article here on hubpages for the rest of the article.