Visiting Birmingham University, England and its Joseph Chamberlain Memorial Clock Tower: based on a campanile in Italy

The design of this striking architectural feature at Birmingham University, Edgbaston, Birmingham, England, is based on the campanile in Sienna, Italy, Although sometimes the similar St. Mark's Campanile in Venice is also cited as a design influence, the 14th century Torre del Mangia of Sienna is probably the closest design structure.

Some features and history

The architects were Aston Webb and Ingress Bell. The University cites its height as 110 metres and it is thought to be the tallest clock tower in the world.

The University of Birmingham received its charter in the year 1900. At the time, among the leading industrial, civic and political figures in Birmingham was Joseph Chamberlain (1836-1914), and it is in his memory that the tower, built between 1900 and 1908, was eventually dedicated. Officially, it is known as the Joseph Chamberlain Memorial Clock Tower and unofficially as 'Old Joe'.

Who was Joseph Chamberlain? He was a meteoric character who embodied many bewildering contradictions but nevertheless made a profound mark on the British Empire. Even in the course of his life, the varying stances which he took exemplify the profound controversies which ensued after he swung, sometimes violently, from one position to its polar opposite. As a Midland industrialist he embodied the free trader base of the Liberal Party, only to split the party over his promotion of Imperial Preference (Canadians will be familiar with the Reciprocity debate, which was occurring at the same time). As a reforming mayor of Birmingham with republican sympathies, his transition to hyper-Imperialist Colonial Secretary can still strike students of his life as remarkable. As a Unitarian outsider in the face of the High Victorian Establishment, he eventually came to embody in some measure that very Establishment. His sons Sir Austen (Foreign Secretary) and Neville (Prime Minister), who plowed their own rather deep historical furrows (1) both eventually became leader of the Conservative Party which their father had once despised. To the question, Who was he? even today, there is no easy way of summarizing the astonishingly volcanic Joseph Chamberlain as he forged a brilliant and disturbing path through late 19th and early 20th century British history, But his death in 1914 marked the end of an era which he had substantially symbolized.

But remembered he certainly is, especially in his home town (2) of Birmingham. At Birmingham University, where he served as Chancellor, 'Old Joe' has been a fixture of the academic landscape for generations.

The Tower and the Manhattan Project's Mark Oliphant

The Tower was of some significance in the development of radar. Birmingham University physics professor, Sir Mark Oliphant, who later served on the Manhattan Project, used the Tower for radar experimentation. Indeed, scientific and engineering studies have long been counted among the University's particular strengths.

(1) Sir Austen Chamberlain (1863-1937) served in his father's lifetime, and, again, after World War One, as Chancellor of the Exchequer. He was particularly prominent in the Interwar years. In this period he served as Leader of the Conservative Party and later as Foreign Secretary, signing the Locarno Treaty, ultimately representing the waning influence of powers such as Great Britain and impotence in the face of threatening dictatorships, prior to the rise of the United States to a position of preponderance in international affairs.

Neville Chamberlain (1869-1940), who also served twice as Chancellor of the Exchequer in the Interwar period, was British Prime Minister during the crucial and ultimately tragic years 1937-1940. Greatly respected for his business and financial acumen, and for a brief period embodying high, wishful hopes for peace because of the 1938 Munich Agreement, which he brokered, he is now chiefly remembered as a tragic figure of impotence in the waning years of the British Empire.

(2) In Joseph Chamberlain's day, Birmingham was known as a 'town', although today it is bears the designation 'City'.

Oxford (distance: 111 kilometres), with its numerous university and civic visitor attractions, including the Bridge of Sighs, the Sheldonian Theatre and the Castle, is easily accessible from Birmingham.

How to get there : Continental Airlines flies from New York to Birmingham International Airport, where car rental is available. University (Birmingham) railroad station may be reached by services which run via Birmingham New Street station. Travellers should be advised that some facilities may be withdrawn, without notice. For up to date information, please check with the airline or your travel agent. 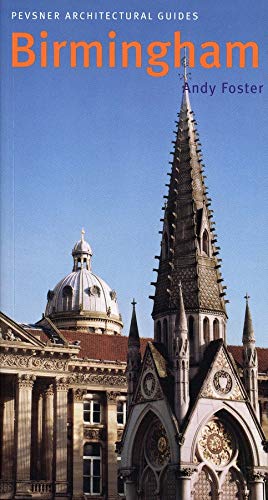