Americans appear not to have invented the skyscraper...

There is so much for the visitor to see at Bruges (Dutch: Brugge ), in the Belgian Province of West Flanders (Dutch: West-Vlaanderen ), in the Flemish Region (Dutch: Vlaams Gewest ) that he or she may well experience somewhat of an 'information explosion'. (At least, I did....)

The enormous and dizzyingly high towers of the city, with its many Medieval features, stand among some of its exceptionally impressive features.

The fact is that during the Middle Ages, Bruges was very prosperous, and this is seen in the sheer scale and ornateness of many of its noted buildings dating from this period.

The Belfry dates from about 1240, with the upper section added between 1483 and 1487. Its current height is 83 metres, but in the late Middle Ages it rendered even higher by a spire, which, however, was struck by lightning in 1493 and destroyed by fire. Another spire fell to flames in 1741 and was not replaced.

The 99 metre tall tower in Romanesque style of St. Salvatoren Cathedral is actually a mid-19th century feature, although the base of the tower is from the 12th century. The architect Robert Chantrell was well known for his work on churches and this tower was one of his major projects. The cathredral has a massive, carefully restored 18th century organ by van Eynde and since 1952 has been known for regular organ concerts.

Church of Our Lady tower

Other tall structures include the Church of Our Lady (Onze-Lieve-Vrowekerk ), mainly dating from the 13th, 14th and 15th centuries, and with a tower 122 metres high.

The sheer height of these towers is indeed impressive. When one considers that, for example, the Electric Tower in Buffalo, NY, is counted among the early American skyscrapers at 89.6 metres, then the grand scale of these towers in Bruges becomes increasingly apparent, by way of comparison.

Abiding awareness of the Middle Ages

Bruges is a place which exudes the Middle Ages, which in some ways seem to be ever present, frozen in time. While Bruges is officially Dutch-speaking, a writer associated with the city was Georges Rodenbach , who, writing in French in his 1892 Bruges-la-Morte (Bruges, the dead), conveyed in his writing a sense of the maturity and even decay associated with this old city, particularly before modern efforts to preserve many of the more distinguished buildings. (This work subsequently influenced the writings of W. G. Sebald, and others.)

Numerous old buildings give a sense of historical imminence to this most fascinating — indeed, overpowering — city. Be sure to see the Begijnhof , basically the buildings of a community of lay women, dating from Medieval times, where the tradition of lacemaking is still continued. A canal boat trip is well worthwhile, and gives a perspective on the lay-out of the city which may not be caught on foot; indeed, given the preponderance of canals in the city, (and, along with Amsterdam), Bruges is sometimes referred to as 'Venice of the North'. The Basilica of the Holy Blood (Heilig-Bloedbasiliek ), dating from 11th century, is supposed to house the Holy Blood retained by Joseph of Arimathea , and brought to Bruges by a former Count of Flanders at the time of the Crusades; every year this relic is paraded by over 1000 people through the streets of the city. The impressive City Hall (Stadhuis ) dates from the 14th century. The city's Groeningemuseum contains priceless works of art, including Jan van Eyck 's The Madonna with Canon van der Paele.

Lissewege (distance: 12 kilometres); its monumental church, dating from 1215 to 1275, has a tower which is a landmark for many kilometres in the area.

Damme (distance: 6.8 kilometres) with its old, Gothic Town Hall (Stadhuis ), was once a thriving port. It has associations with the Flemish poet Jacob van Maerlant (c.1240-c.1288), and the town a regular venue for book sales.

Sint Anna ter Muiden , The Netherlands (distance: 17 kilometres) is small, picturesque village which has the distinction of being the westernmost locality of the continental Netherlands (technically, it may be remembered some of the islands of the Netherlands Antilles have been incorporated as integral parts of the country). I was particularly struck by this little village right on the border with Belgium.

Sluis , The Netherlands (distance: 18 kilometres) has picturesque canals and a Medieval belfry.

Aardenburg , The Netherlands (distance: 22 kilometres) has an impressive old church (Sint-Baafskerk ) with a very high tower. The Kaaipoort gate is a local landmark. Previously known as Rodenburgh, the town of Aardenburg is reckoned to be the oldest in the Zeeland province of The Netherlands.

How to get there: Brussels National Airport (Brussel -Nationaal -Luchthaven) , Belgium, where car hire is available, is the nearest large international airport to Bruges (distance: 110 kilometres). Brussels Airlines flies from New York (JFK) to Brussels National. Please check with the airline or your travel agent for up to date information. Please refer to appropriate consular sources for any special border crossing arrangements which may apply to citizens of certain nationalities. 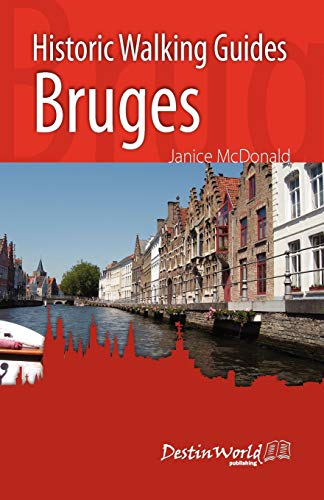