A lot of history and a lot of border, too

With its Medieval round tower, picturesque town square known as the Diamond, and ancient ecclesiastical architecture, Clones (Irish: Cluain Eois) is a rewarding place for the historically-minded visitor. The town has a lot of history.

The vicinity of the town has a lot of border, too. County Monaghan (Irish: Contae Mhuineacháin ), where Clones is situated, is in the Republic of Ireland, but the border with Northern Ireland runs close to it. Not only close, but its meandering nature near Clones seems to defy logic.

The Republic of Ireland is sometimes referred to by way of a short form as 'the South' and, similarly, Northern Ireland is sometimes referred to as 'the North'. By way of illustrating just how strangely placed is the border between the Republic of Ireland and Northern Ireland near Clones , take for example the main road between Cavan Town (Irish: An Chabhán ) and Clones , roughly a half-hour drive. When I travelled this route, I found it somewhat hard to take in its complexities. From Cavan, travelling towards Clones you go north into the North, and a little further north you go into the South and then, a little further north you go into the North again and then, as you continue to go northwards, you end up in the South, at Clones. Of course, with the frequent change of jurisdiction, the road starts being called the N54, then it's called the A3, then the N54 again, then the A3, and finally...guess what? the N54, the original designation when the road trip started. Clear as mud?

It is fair to say that to point out such a border irrationality is hardly uncontroversial to many people. This situation also must contribute to somewhat complex local psychologies.

At Clones there is a Celtic Round Tower, 22.9 metres high, originally higher than this. It is thought to date from the 9th century. The site is reckoned to have associations with St. Tierney (or Tighernach).

A Round Tower is widely regarded as an especially precious type of Irish Medieval heritage.

In the Diamond square in Clones , a High Cross with sculptures is thought to date from the 9th or 10th centuries. I found this Diamond square area quite impressive.

The ruins of Clones Abbey (Irish: Mainistir Cluain Eois ) are on a site reputedly founded in the 6th century. Over the centuries different structures were repeatedly destroyed by fire.

Cavan Town , with its spired churches, makes for a photogenic skyline. The lakes around Belturbet (Irish: Bel Atha Charbaid ) are very picturesque.

Ireland's Bed and Breakfast industry is excellent, and County Monaghan is no exception.

How to get there: Aer Lingus flies from New York and Boston to Dublin Airport , from where car rental is available. From Dublin to Clones via Cavan Town by car (distance: 155 kilometres), take the N3 to Cavan Town , and thence the N54 to Clones . Please check with the airline or your travel agent for up to date information. 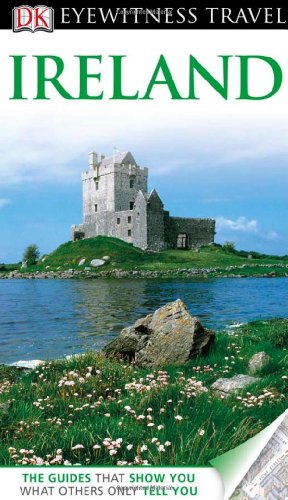