At least two towns in France's Nord department lay claim to the French Medieval chronicler Philippe de Commynes (1447-c.1511), who, in addition to being known for his writings, exercised all the subtlety of a borderlander in the many diplomatic duties which he also undertook (1). One of these towns with strong connections with Philippe de Commynes is Renescure (Dutch: Ruisscheure ,) also in the Nord department, but actually within walking distance of the Pas de Calais department.

The other town that lays claim to this historic figure is the town of Comines (Dutch: Komen ) on the Lys River — actually there are two towns joined together by a bridge: one in France on one bank of the Lys and the other in officially bilingual French and Dutch territory on the opposite bank in Belgium.

It is close to the historic boundary area of Flanders.

The Treaty of Utrecht (1713) confirmed the division of Comines into its French and Austrian sections. Thus, Comines is in the general area of the transition between Picardy / Flanders.

There is a small statue of Philippe de Commynes in the gardens of the church of St. Chrysole, here at Comines. (Interestingly, there is also another church of St. Chrysole situated a few hundred metres away, on the Belgian side.) This Neo-Byzantine church of St.Chrysole in Comines, France, was completed in 1929, and its tower, especially, is a local landmark.

Another local landmark is the Town Hall (Hôtel de ville ) together with its Flemish-style belfry.

The first belfry at Comines was built in 1359, but this, and subsequent belfries, were destroyed a number of times by fire. The present structure dates from 1923.

(1) Serving at different times both the Duke of Burgundy and some of the kings of France, Philippe de Commynes achieved a unique, personal vantage point over the complex relations between these two Medieval powers and their territories. Personally acquainted with the perceptive but ruthless Lorenzo de Medici, Philippe has also been compared with Niccolò Macchiavelli in his nuanced insights on statecraft, as he perceived it.

Menen, Belgium (distance: 12 kilometres), situated just inside the Dutch-speaking region of Flanders, it has a noted octagonal tower, dating from the 17th century, on its Town Hall.

Lille , France (distance: 17 kilometres); its cultural attractions are too numerous to mention in full, but these include the very picturesque place du Général de Gaulle , with its old Stock Exchange (la vieille Bourse ) and, nearby, a belfry which belongs to the Chamber of Commerce; there is also the birthplace museum of General Charles de Gaulle.

Armentières , France (distance: 14 kilometres) has a striking belfry in Neo-Flemish style at its town hall (Hôtel de ville) which was destroyed in World War 1, but was eventually rebuilt by 1934. The nearby Meadows of Hem contain a nature park and a large, artificial lake close to the Belgian border.

Ieper , Belgium (French: Ypres ; distance: 17 kilometres), with its rebuilt Medieval Cloth Hall and its Menen Gate, which commemorates the of dead World War 1.

How to get there: To Comines , Brussels has the nearest large international airport. Brussels Airlines flies from New York to Brussels Airport (Brussel Nationaal / Bruxelles-National ), from where car rental is available. The Belgian railroad company SNCB maintains a service between Brussels and Comines/Komen, on the Belgian side, which is easily accessible from Comines-France. Please check with the airline or your travel agent for up to date information. Please refer to appropriate consular sources for any special border crossing arrangements which may apply to citizens of certain nationalities. 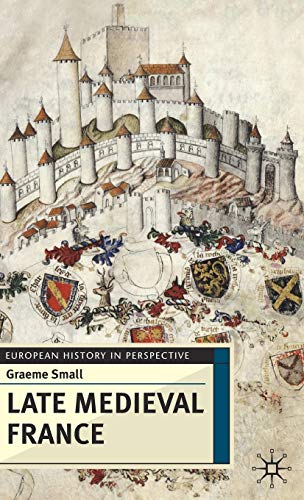