This striking Medieval structure is situated in Norwich, in Norfolk, England. Located close to the Wensum River, Cow Tower, as it is known, stands 15.2 metres high.

Among its characteristics are inlcuded walls which are nearly 2 metres thick, clearly built to withstand vigorous attack. It did, however, sustain damage in the 16th century. Given its estimated construction years 1398 / 99, its condition is nevertherless quite well preserved for a structure as old as this. Indeed, in as late as the early 20th century, through the existence of a military report, it is known that the possibility of using the Tower for ordnance storage purposes was seriously considered by the authorities.

The structure was executed in mortared flint, with external and internal brick facing. Interestingly, its flint construction — formerly a popular, local building material — is a feature which, because of the brick facing, remained undiscovered for many years. However, in the 1980s the interior of the building was thoroughly surveyed, including with the use of Electronic Distance Measuring. Records of these survey details are held by both the Norfolk Archeological Unit and the National Monuments Record. Work in brick is known to have become a feature in local building from the 13th century, a practice thought to have been derived from Flanders, with which Medieval East Anglia maintained extensive contacts.

The Tower is thought to have been suitable for the deployment of both cannon and guns, and of the traditional crossbow.

It is not known with certainly how the internal space of the building was originally used in the Middle Ages. But it has been suggested that the ground floor was used as a dining area, with troops using upper storeys for sleeping. The structure has two, upper floors, plus a battlements area. A fireplace has survived in the wall on the south side of the Tower.

The Tower is currently administered by English Heritage. Because of structural dangers, the interior of the Tower does not have public access.

While for many years the structure has been referred to as Cow Tower, it was known in the early years of its existence as the Dungeon. The terms Hospital Tower or the 'tower in the Hospital meadows' were also formerly used. A former name for the meadows was Cowholme, from which the currently used name for the Tower is thought to have been derived.

In Norwich itself, other significant Medieval structures include Norwich Cathedral, Norwich Castle and the Guildhall. Bishop's Bridge and Pull's Ferry are situated not far from Cow Tower. A striking, 20th century building is Norwich City Hall.

How to get there: Continental Airlines flies to London Heathrow Airport, where car rental is available. Norwich is served by rail from London Liverpool Street Station. Norwich is 233 kilometers from Heathrow Airport. Some facilities may be withdrawn, without notice. Please check with the airline or your travel agent for up to date information. 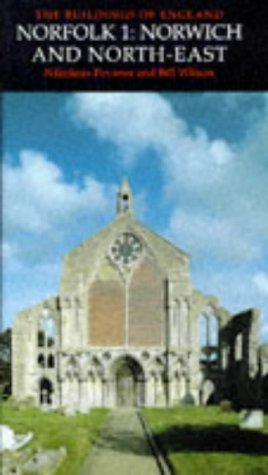