Visiting Old Quebec, Quebec, and its funicular railroad: an engineering feat in use since 1879

A sedate descent and ascent at a cultural gem

In the first decades of the existence of the Old Quebec Funicular Railroad (French: Funiculaire du Vieux-Québec ), its propulsion was by water ballast, with one side counterbalancing the other (1). Then in 1907, an electric engine was installed; this basic system continues. Engineers responsible for the funicular railroad were William Griffiths, for the original water ballast system, and Alexander Cummings, for the electrical replacement.

The Upper Town (French: Haute-Ville ) and the Lower Town (Basse-Ville ) are thus linked in a few seconds of travel, avoiding a long détour for pedestrians. In the year 2004, this service was thus commemorated as having existed for 125 years.

The lower terminus of the funicular railroad is at Louis Jolliet House (French: Maison Louis-Jolliet ), named for its first resident who lived 1645-c.1700. In addition to being a fur trader, Jolliet was a distinguished explorer and historical writer.

This house is situated at is 16, Petit-Champlain . Some decades ago the house underwent a program of refurbishment. Access to the upper terminus of the funicular railroad, 59 metres higher, is at Terrasse Dufferin .

The funicular railroad operates year-round; in the summer months the service is extended to midnight. Two cars are in use.

Quebec City is among the most outstanding all-round destinations that I have visited; and this facility certainly allows the visitor to conserve some extra energy while exploring the Old City on foot.

(1) This system is still used elsewhere; for example, in the funicular railroad at Lynton and Lynmouth, England, about which I have also written a hub.

In Quebec City itself, among the abounding visitor attractions are the Château Frontenac, located within a short distance to the Funicular Railroad (see photo supplied, above); the place Royale and the Petit-Champlain district; the Citadel (French: la Citadelle ), the Parliament Building (French: Hôtel du Parlement ), the Ramparts (French: Les Remparts ) and city gates; the Louis S. St.-Laurent Heritage House (French: Maison patrimoniale Louis-S.-St.-Laurent ); on the outskirts of the city are the Montmorency Falls (French: la Chute Montmorency ); Orléans Island (French: Île d'Orléans )

How to get there: Air Canada flies to Quebec City (Aéroport international Jean-Lesage de Québec ) from Montreal and Toronto, with wide connections. VIA Rail maintains regular services with Montreal, Toronto and Windsor. A number of car rental companies offer service at Quebec City airport. Please check with the airline or your travel agent for up to date information. You are advised to refer to appropriate consular sources for any special border crossing arrangements which may apply to citizens of certain nationalities. 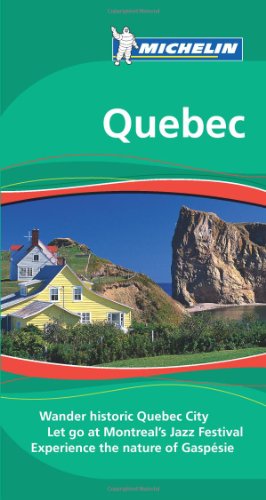