Peace and seclusion, in equal measure, at Kingsmere

This tranquil home, in the peace and seclusion of a part of Gatineau Park (French: Parc de la Gatineau ) is where Canada's long-serving Prime Minister William Lyon Mackenzie King (1874-1950) received important visitors such as President Franklin D Roosevelt and Winston, later Sir Winston, Churchill. What is collectively known as the Mackenzie King Estate (le domaine Mackenzie King ) consists of a number of buildings. In 1903, Mr King bought some land on Kingsmere Lake (le lac Kingsmere ), and built a cottage. where he would spend summers until 1927. From that year until 1943 he lived at Moorside, a larger cottage, where he carried out considerable landscaping.

It is said that on a day in 1919, neighbours near his estate were disturbed one day during their hymn-singing to see Mr King — the perennial bachelor — making himself known, and saying, 'I have just been elected leader of the Liberal Party and I wanted to tell someone'.

This anecdote is a rather telling story which exemplifies a evident trait of character which followed him through much of his life, whether in political prominence, or not. It arguably drove him to behaviour which many people would find bizarre and incomprehensible, and cause his actions to juxtapose a keen sense of political timing and grasp of national sensibilities, with such oddities as hymn-singing before his deceased dog and trying to talk to Leonardo da Vinci. What was this trait? It was a reclusiveness, which left him without many friends.

Not only was Mr King a lifelong bachelor, he was also in office for longer than any other Canadian Prime Minister, before or since. Having succeeded Sir Wilfrid Laurier as Liberal leader in 1919, Mr King then succeeded Arthur Meighen as Prime Minister of Canada in 1921, serving until a brief period in 1926, and resuming office until 1930. Having the fortuitous task of leading the Opposition from 1930 until 1935, during the bleak years of the Depression, and somewhat content to leave Robert Bennett with the thankless task of governing during those deeply challenging years of hardship, he correctly saw that the electorate would eventually tire of Mr Bennett's Conservatives, and he returned to Prime Ministerial office in 1935, and serving in that capacity continuously until 1948.

As the saying goes, it is lonely at the top, and Mr King was at the top for a very long time, and, being of a diffident and retiring disposition in any case, his was a remoteness and a sense of isolation which characterized him deeply. Why do I emphasize all this? it is because one cannot fully understand Mr King apart from his love for his estate here at Kingsmere, near Chelsea, near to nature, and in a peace and seclusion which would be broken in a small measure only when he himself would issue invitations to a chosen few.

One of those chosen few during World War two was President F D Roosevelt. Another was Winston, later Sir Winston, Churchill. (Some people would muse that if peace and tranquility were one's dearest wish, then inviting the President of the United States to a meal during wartime would not be everyone's idea of a stress-free environment!) As characters, F D Roosevelt and his Canadian host were poles apart, also. President Roosevelt was a larger than life patrician who exuded cordial powers of persuasion with a sometimes ruthless patronizing style. Mr. King, in contrast, was a hesitant, reclusive analyst, who preferred not to meet people and regarded his influence over people as being directly disproportionate to the social interaction which he had with them.

It is sometimes regarded as being a wonder that someone of Mr. King's disposition ever managed to become Prime Minister, and, then, having achieved that office, stayed in it for so very long.

Amazingly, also, Mr. King spent his career imagining that he was emulating his maternal grandfather, William Lyon Mackenzie. No one else noticed.

In fact, he was as unlike him as can be imagined. William Lyon Mackenzie had been a radical and a rebel, impatient with constitutional proprieties and long exercising a flair for leading the discontented in their discontent, with emotionally charged speeches and editorials. In contrast, William Lyon Mackenzie King was a quiet, pensive moderate who never took an unnecessarily premature decision and turned reclusiveness into an art form, and relished hosting King George VI and Queen Elizabeth in 1939, even poaching stones from the war damaged British House of Commons for his 'Ruins' ('les ruines ') at Kingsmere's Moorside. The former thrived as he let iron sharpen iron in the company of Torontonian agitators and republicans. The latter preferred Moorside and its peace and quiet.

In terms of Prime Ministerial styles, too, Mr King was vastly different from most of the other holders of his office, before and since. Canadians will readily think of examples of all these Prime Ministerial styles, when I say that some Prime Ministers have been gregarious types, with their thirst well serviced, who managed to bluster through their difficulties. Others have been in their element while in the back slapping company of party cronies in smoke-filled rooms. Others tried to be gregarious back slappers, and failed. Still others have specialized in cultivating, and driving themselves with, a Presbyterian indignation. Mr. King, rather, exuded blandness and thought it the height of achievement not to have to make decisions at all, but rather to please the largest cross-section of the electorate with such tortuous formulae as 'Not necessarily conscription, but conscription if necessary'.

In 1948, Mr King finally retired from Prime Ministerial office. Since 1943 he had lived at the neighbouring property known as The Farm (la Ferme ). Mr King started to spend his retirement here, with the intention of writing his memoirs, but his plans were short-lived. Having given up one of the major elements of his life for the past decades, the almost friendless recluse was taken ill and passed away at The Farm in 1950.

After his death, the Mackenzie King Estate, bequeathed to the Crown in Canada, was developed as a visitor attraction, except for The Farm, which since 1955 has been the Official Residence of the Speaker of the House of Commons.

Like many other visitors before me, I took tea in the tea room at Moorside. This house, and Kingswood, also, have interpreter guides who are a mine of information about the Estate, its natural environment and historical associations. Historical films at both Moorside and Kingswood give a vivid sense of immediacy to the background of Mr King and his times. Some of the things for which Mr. King is remembered is his introduction of employment insurance, family allowances, and Canadian citizenship.

Gatineau , Quebec, in its Downtown area (distance: approx. 13 kilometres) has the Canadian Museum of Civilization (Musée canadien des civilisations ), which is Canada's most visited museum.

Ottawa , Ontario (distance: approx. 15 kilometres) has cultural treasures, buildings of architectural distinction and excellent museums too numerous to mention adequately here, but a few of these include Parliament Hill, the Chateau Laurier, Laurier House, Rideau Hall, and the Currency Museum of the Bank of Canada.

How to get there: An entrance to Gatineau Park, approaching from Downtown Ottawa, is adjacent to 390 Boulevard Alexandre-Taché, Gatineau. Air Canada flies from various North American destinations to Ottawa Macdonald-Cartier International Airport, where car rental is available. Please check with the airline or your travel agent for up to date information. 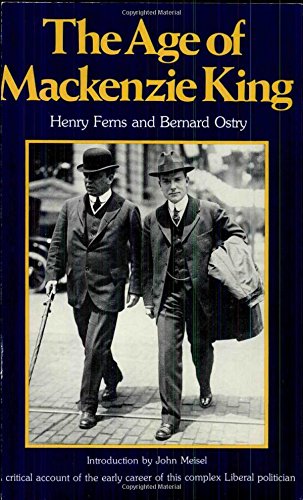