There is a local saying that God put together all the beauty and placed it in Rio de Janeiro, Brazil. Indeed, Rio's harbour scenery is almost unparalleled. There are various Sugarloafs around the world, but Rio's probably deserves a definite article: it is The Sugarloaf.

This is an outstanding location and travel agencies around the world make much of it, and deservedly.

Rio de Janeiro refers to both the city and one the states of Brazil named for it. For the Sugarloaf, the local Portuguese term used is Pão de Açúcar (literally, loaf of sugar), pronounced quite similarly to, but written rather differently from, the form with which Rio's many Spanish-speaking visitors are familiar: Pan de Azúcar.

View from the Corcovado

Spelling aside, when I was in Rio, I thought that the view of the Sugarloaf from the Corcovado, a mountain with the enormous Redentor statue, was especially impressive, since one gets a sense of the Sugarloaf within a broad and elevated panorama of Rio's harbour area. Bus shuttles provide trips to the Corcovado.

The Sugarloaf is 396 metres high, but the Corcovado's height is 710 metres, giving viewers a vantage point over the Sugarloaf and the rest of Rio.

I would advise anyone planning a trip to Rio to do what I did and take a trip up the Corcovado and just take in the panorama. I can well understand the local saying to which I referred at the beginning.

And now an added note:

New Zealanders, visiting Rio and admiring the Sugarloaf Mountain, might well exclaim that they are reminded of a similar scene from their homeland: Mitre Peak, Milford Sound. (Check it out, folks...!) Thus for the benefit of our New Zealand friends, my title, above, contains the phrase 'almost unparalleled'!

If you are a beach buff, visit nearby Copacabana. From here, also, there is an excellent view of the Sugarloaf, although the prospect is not as commanding as the one from the Corcovado, mentioned above.

How to get there: US Airways flies from New York - JFK via Charlotte to Rio de Janeiro/Galeão – Antonio Carlos Jobim, from where car rental is available. Please check with the airline or your travel agent for up to date information.

Another of my hubpages may be of interest 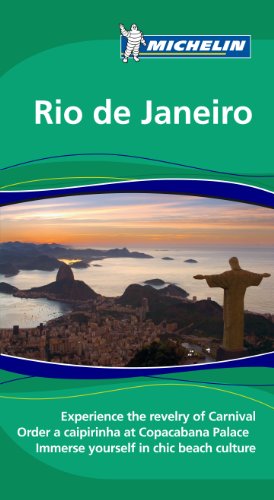