Visiting Valenciennes, France: a skyline marked by the tower of Saint-Cordon church

Ecclesiastical skyscraper and unmistakable architectural presence in the city

Situated a few kilometres from the border with Belgium, the city of Valenciennes in the Nord department of France suffered considerable war damage in the 20th century and many of its buildings are modern. One of the remaining, older buildings, the appearance of which has a striking effect on the city's skyline, is Saint-Cordon church, with its massive, 83-metre tower.

Replacing a previous church building, destroyed at the French Revolution, the church, in Gothic style (the 13th century expression of this style was particularly followed), dates from 1852, when building work commenced. Architect M. Grigny of Arras was responsible. It was inaugurated in 1864.

Features of the building include stained glass windows by Paul Ducatez. The tower was later restored by Léon Tiprez. Named for a Medieval legend, in full, the church is known as the Basilica of Our Lady of the Holy Ribbon (French: Basilique de Notre-Dame du Saint-Cordon ), The church is situated at the square named Place de l'Abbé-Theillier-de-Poncheville .

The sheer size of the tower may be ascertained not only by its effect on the skyline of Valenciennes, but also by way of comparing it with famous, tall buildings. For example, at 106 metres, the World Building in New York City was the tallest skyscraper in the City from 1890 to 1894. At 88 metres, the United States Capitol was the tallest structure built in Washington, DC, in the 1860s. There is a sense in which such ecclesiastical architecture anticipated the skyscrapers which came into vogue in North America in the late 19th and early 20th centuries (1), albeit for a different purpose.

Today's skyscrapers are far higher, but one can imagine the original impression given by many of Europe's ecclesiastical buildings, some of them dating from several centuries past.

(1) One may recall, indeed, that another early skyscraper, New York City's Woolworth Building, was actually dubbed a 'Cathedral of Commerce' by a prominent clergyman.

In Valenciennes itself, the city hall's Renaissance-style frontage is impressive; the city has a well appointed fine arts gallery.

How to get there: Brussels Airlines flies from New York to Brussels Airport (Brussel Nationaal / Bruxelles-National ), from where car rental is available. Brussels has the nearest, large airport to Valenciennes (distance: 114 kilometres). Please check with the airline or your travel agent for up to date information. For any special border crossing arrangements which may apply to citizens of certain nationalities, please refer to appropriate consular sources. 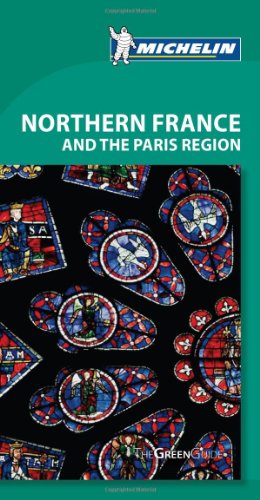