In 1495 King's College was founded by Bishop Elphinstone, whose grave site may still be seen in front of the chapel, with its odd, crown-shaped tower summit. To express it strictly, the title of the institution was: The University and King's College of Aberdeen.

But then after the Reformation, Marischal (pronounced as in: 'marshall') College was founded in 1593; named for the Earl Marischal, an important, public figure, the new college was supposed to receive the cooperation of the Principal of King's College in the selection of its academic staff.

There followed a curious rivalry of centuries between these two institutions, but high academic distinction has long been maintained, with a number of Nobel Prizewinners having been associated with the university. A North American analogy that might suggest itself regarding this internal rivalry would be for Harvard and Yale to have been founded in the same city, and amalgamated, but retaining an intense, competitive spirit within the same university. Both King's and Marischal are within the University of Aberdeen, which, having expanded enormously in the 20th century, has to some extent eclipsed the rivalry which was prolonged for so long.

In any case, King's College may be visited at Old Aberdeen, while Marischal College may be visited in the Downtown area of Aberdeen. Marischal College houses a distinguished museum. Interestingly, Marischal College's main building, begun in 1835, is the second largest granite building in the world, modelled on the Escorial, Madrid. (Notably, also, Aberdeen is known as the Granite City because of the profusion of this most solid material in its buildings.) King's College resembles more the 'traditional' academic court type precinct of buildings, reminiscent of its religious and Medieval origins.

And so there they were: two ancient university institutions housed in venerable, stone structures. To paraphrase Voltaire: If rivalry did not exist, it would be necessary to invent it. But as part of the background to the rivalry — if not necessarily its only cause — would be included the fact that King's was founded prior to the Reformation in Scoltand, while Marischal was founded afterwards.

In Aberdeen itself, other notable buildings include: the New Town House, which actually dates from 1868-74, with its West Tower, is a local landmark in Flemish Gothic style; St Machar's Cathedral (or — because the Protestant Church of Scotland officially does not approve of cathedrals — the Cathedral church of St Machar) was begun in the 12th century, and added to thereafter; Provost Skene's House, dating from 1545, was opened as a museum in 1953 by the Queen Mother.

Balmoral (distance: 67 kilometres) in scenic Royal Deeside, is a castle residence of HM The Queen, in Scottish Baronial style. It was built for Queen Victoria in 1856.

Crathie church (distance: 78 kilometres) has been regularly used by the Royal Family since Victorian times.

How to get there: Continental Airlines flies from New York Newark to Glasgow and Edinburgh Airports, where car rental is available. There are air and rail services which connect Glasgow and Edinburgh with Aberdeen. Please note that some facilities mentioned may be withdrawn without notice. Please check with the airline or your travel agent for up to date information. 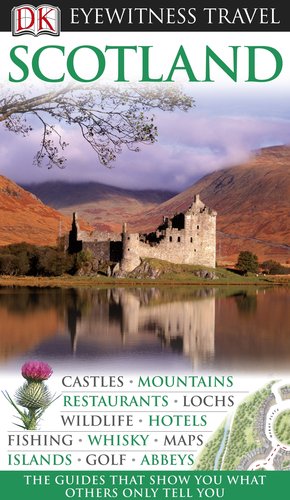