Ambitious,19th century facility with a hint of opulence

Particularly under civic planner Baron Haussman, the 1860s were a decade of Napoleon III's Second Empire that saw a great series of public works and urban improvement in the city of Paris. This imposing structure which houses the Gare du Nord , Paris, France, was built from 1861 to 1861. (The original Gare du Nord dated from 1846, but increasing usage made the commissioning of this great building necessary. The architect chosen for the task was Jacques Ignace Hittorff (1792-1867)(1).

Features include its enormous triumphal arch at its main frontage. The style of the building is described as Beaux-Arts Neoclassicism.

Other noted details of the building's main frontage include a large series of statues, each representing a city allegorically. Eight of the nine largest statues are actually of European cities outside France: a reminder that almost from the start the Gare du Nord 's influence was international. One of these various sculptors, who was responsible for some of the statues, including one representing Paris itself, was Pierre-Jules Cavelier (1814-1894)(2)

The Gare du Nord is Continental Europe's largest railroad station. Passenger numbers annually are given at 190 million, served by 36 platforms. English-speaking visitors are especially familiar with the Eurostar service to London, England, via Eurotunnel.

Psychologically, also, the relative proximity of several other European cities to the northern approaches to Paris is, I think, somewhat significant in relation to passenger numbers at this, Paris's principal railroad station. (Both the military and economic history of France over the past 150 years would also seem to bear this out.)

The French railroad company SNCF is responsible for the building. The station is situated at 112, rue de Maubeuge , Paris, in the city's 10th Arrondissement .

(1) The architect was actually born Jacob Ignaz Hittorff in Germany, but given his close identification with the built environment in France he is usually known as Jacques Ignace Hittorff. Other works for which Architect Hittorff was responsible include the church of St. Vincent de Paul, Paris, and many buildings on the Champs Elysées .

(2) Sculptor Cavelier is also known for other works including caryatids at the Louvre Museum and for the marble sculpture Cornélie, Mother of Gracchi in the Orsay Museum.

The very diverse visitor attractions of Paris cannot properly be expressed in a few phrases, but these include: the Eiffel Tower; Sacré-Cœur church on Montmartre, the French National Assembly in the Bourbon Palace; place de la Concorde ; the Madeleine church; the Paris Opera; the Arc de Triomphe ; and many others.

How to get there: United Airlines flies from New York Newark to Paris (Aéroport Paris-Charles de Gaulle ), from where car rental is available; however, visitors to Paris may wish to explore the city via its public transport system, which is excellent. The Gare du Nord has its own Paris Métro station; and Paris-Charles de Gaulle airport has a rail link to the Gare du Nord . Please note that some facilities may be withdrawn without notice. Please check with the airline or your travel agent for up to date information. 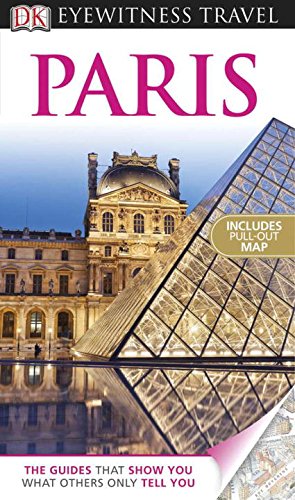