This interesting tower in Dunkirk (French: Dunkerque ; Dutch: Duinkerken or Duinkerke ), France, dates from the 15th century. There is an aura of mystery surrounding this ancient structure.

Being on France's northern coast, Dunkirk has been a port for centuries and it will come as no surprise that this tower is sometimes referred to as a former lighthouse.

But here it gets intriguing.

The name of the tower is the 'Leughenaer'(1), not a French, but a Dutch, word (Dunkirk was formerly Dutch-speaking; the language is still spoken to some small extent in its hinterland) meaning liar. According legend, the tower was supposedly used as a false light with a view to luring shipping onto the extensive sands near Dunkirk, for the grim benefit of wreckers. Thus runs the narrative (2).

However, historical records show that this 15th century tower was built as part of the city's fortifications when Dunkirk belonged to the Duchy of Burgundy; only in more recent centuries did Dunkirk permanently become part of France. The upper part of the tower was rebuilt after 1754.

The tower is also known to have served as a relay station for the Chappe telegraph, a semaphore system invented by Claude Chappe in 1794. This network significantly improved official communications within France.

So which narrative is true? or, put differently, which sounds better? or, to re-phrase these questions again, why spoil a good story with facts?

(2) The sinister, land-based practice of wrecking served as a complement to seaborne piracy. In relation to Dunkirk specifically, a connection with piracy was definitely more than legend, since it is widely known that a local sailor, Jean Bart (born 1650), was widely feared as a pirate.

In Dunkirk itself, other significant tower structures include the City Hall belfry and a 15th century belfry.

Bergues (distance: 9.3 kilometres) has extensive fortifications and a striking belfry.

How to get there: The nearest large international airport to Dunkirk is Belgium's Brussels Airport (Brussel-Nationaal / Bruxelles-National ), where car rental is available (distance between Brussels Airport and Dunkirk: 168 kilometres). Some facilities may be withdrawn without notice. Please check with the airline or your travel agent for up to date information. For any special border crossing arrangements which may apply to citizens of certain nationalities, please refer to appropriate consular sources. 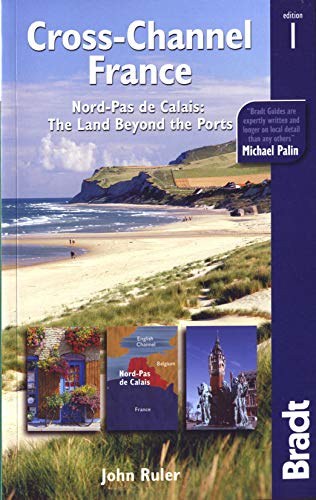