Visiting the Principality of Monaco: memories at the Napoleon Museum

This remarkable Napoleon Museum is housed in a wing of the Prince's Palace, Monaco.

The full title of the museum in French is: Musée des Souvenirs Napoléoniens et des Archives du Palais (Museum of Napoleonic Memories and of the Palace Archives).

A large quantity of artifacts and memorabilia associated with French Emperor Napoleon I (1769-1824) is on display (1). The time span of the exhibits ranges from Napoleon Bonaparte's youth, to his exile at Elba and St. Helena. Various flags and military uniforms give a colourful insight into symbolic impressions of a tumultuous era of European history.

The collection has a number of very striking personal items relating to the Emperor. These include Napoleon I's hat, a letter bearing his signature; his timepiece, worn during his Russian campaign.

While access to other part of the Prince's Palace at Monaco are open only seasonally, the Napoleon Museum has distinct opening arrangements in that is may usually be visited during most of the year. I thought that the entrance fee to the Museum was reasonably priced, also.

Remembering the history of Monaco and its Princes

A section of the museum, which is organized on different levels, is also dedicated to the history of Monaco. A number of pictures, depicting Monaco over the centuries, is on display.

Near the entrance, there is also a huge mural diagram which depicts the genealogical background of Monaco's Princes.

One remarkable exhibit is a familiar red and white flag of Monaco which was taken to the moon and back by astronauts of the Apollo program.

The basic collection at the museum was created at the initiative of Monaco's HSH Prince Louis II, who ruled from 1922 until 1949; he was great-grandfather to the currently ruling HSH Prince Albert II. Indeed, Prince Louis began his collection in 1919, a few years before his ascent to the Monégasque throne.

(1) Readers may usefully bear in mind that, while references in isolation to 'Napoleon' usually refer to French Emperor Napoleon I, another French Emperor, styled Napoleon III, also reigned between 1852 and 1870; hence the disambiguation which frequently occurs.

The Napoleonic artifacts of the Museum relate largely to Emperor Napoleon I.

Monaco's cultural treasures and things of great historic value are too numerous to cite adquately here, but museums include the Naval Museum (Musée Naval de Monaco ) which is situated in Fontvieille , as is the stamp and coin museum. Like the Napoleon Museum, the Oceanographic Museum (Musée Océanographique ) is situated in Monaco Town , on the historic Rock.

How to get there: Delta Airlines flies direct from New York to Nice, France (Aéroport Nice Côte d'Azur ). Nice airport is a 7-minute helicopter flight from Monaco's heliport (Héliport de Monaco ). There are also bus links from the airport to Monaco. The French railroad company SNCF maintains services to Monaco from Downtown Nice. For North American travellers making the London, England area their touring base, airlines flying to Nice include easyJet, from London Luton Airport. Please note that some facilities may be withdrawn, without notice. Please check with the airline or your travel agent for up to date information. 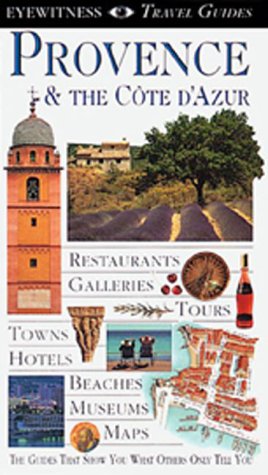