Be stunned by this Medieval, architectural gem

Quite apart from its sheer size, a feature of this Medieval, Romanesque church building in southern France's Toulouse, which is immediately so striking is the design of its five-tier, octagonal bell-tower. The building thus never fails to be a landmark from various points of the city of Toulouse.

A previous basilica dated from the 4th century, named for Sernin, bishop of Toulouse, who lived in the 3rd century. This previous building had associations with Charlemagne.

Saint-Sernin church was originally built approximately between 1080 and 1120. It was restored in the 19th century by the architect Viollet-le-Duc (1), who also undertook many large scale projects, such as Pierrefonds castle and the fortified city of Carcassonne (situated 94 kilometres from Toulouse); he also notably worked on the Capitole building in Toulouse.

During the Middle Ages, Saint-Sernin church acted as a significant staging post on the route to Santiago de Compostela. The sheer numbers of people who would visit Saint-Sernin on their way to Santiago in north-west Spain gave rise to the church's expansion in the 11th and 12th centuries.

Its status as a basilica dates from the year 1878.

Executed in a combination of red brick and white stone, the sun often causes the brickwork to glow, making already impressive vistas of the building even more spectacular.

The various portions of the 5-tier bell-tower date from different periods. The lower two tiers were built in the 12th century; the upper three tiers date from the 14th century. The spire is 15th century. The combined impression of the various elements of this Medieval tower is quite simply amazing, I think.

(1) Viollet-le-Duc's restoration methods were to some extent later discarded by generations of architects, in the sense that he evidently felt that 'restoration' involved an element of primary creation, which more modern architects tend to believe should not abuse the known historicity of a building.

In Toulouse itself, the Place du Capitole is a major visitor attraction.

Cahors (distance: 113 kilometres) has the fine, Medieval Valentré bridge and an impressive Cathedral.

Foix (distance: 87 kilometres), in the Pyrenees, has the ancient castle of the counts of Foix and Co-Princes of Andorra.

How to get there: United Airlines flies from New York Newark to Paris (Aéroport Paris-Charles de Gaulle ), where car rental is available; there are also domestic air services between Paris and Toulouse-Blagnac airport (Aéroport de Toulouse - Blagnac ), where car rental is also available. The French railroad company SNCF maintains services from Paris to Toulouse. (Paris-Toulouse: distance: 677 kilometres.) Some facilities may be withdrawn, without notice. For up to date information, you are advised to check with the airline or your travel agent. 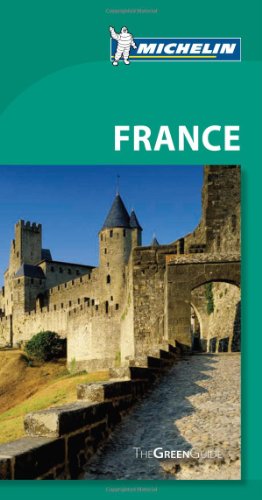