Banff National Park located in Alberta's Rocky Mountains is Canada's oldest national park. Banff is the second oldest national park in North America after Yellowstone National Park in the U.S.A. Founded originally in 1885 by Canada's first Prime Minister Sir John A. MacDonald to protect the area in part from logging and development, Banff National Park is home to some of the most amazing scenery that Canada has to offer. Located in the park are ice fields, glaciers, ancient coniferous forests, hot springs, beautiful mountain lakes and terrain.

History and the Town

Human habitation in the park can be traced back over ten thousand years. Aboriginals survived by hunting bison and other animals. Many different tribes lived together in the area. In 1911 Banff became accessible from Calgary by road, and by 1920 Lake Louise was accessible by road as well. Development really took off in the park after the Transcontinental Railway was built and again after the Trans-Canada Highway was opened.

The Town of Banff became the major hub of commercial activity in the park during1885 and expanded as time went on. Located in the Rockie Mountains, on the Trans-Canada Highway, it is still a common sight to see wild animals such as bears and elk walking down the streets. In 1902 the Canadian Pacific Railway opened the up-scale Banff Springs Hotel and Chateau Lake Louise to attract tourists to the region and encourage passenger use of the new railway. Both hotels catered to the elite of society, often from Europe who would cross the ocean on luxury steam ships to visit the park. There are now many other nice hotels and motels, along with many campsites in the Banff area for those wishing to spend time in the great outdoors that may have a lower budget in mind for their holiday.

Banff is home to many quaint shops and boutiques. There are also many nice restaurants in the area. The Banff Centre of the Arts is a world renowned tourist attraction that can be found in the town. Other attractions in Banff include the Bow Falls, Whyte Museum, Buffalo Nation Museum, Tunnel Mountain, Banff Upper Hot Springs, the Banff Gondola up Sulphur Mountain, and Cave and Basin National Historic Site.

Banff is a well known winter tourist destination. The downhill and cross country skiing in this region is some of the best in the world and can be enjoyed at several slopes and mountain ski resorts within a short drive. 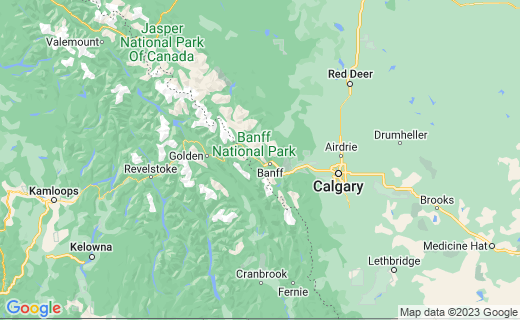 The Climate in Banff

The weather in Banff is exceptional during all seasons of the year. In winter the temperatures range from -15°C (5°F) at night to 5°C (41°F) in the day and during the summer the average temperature ranges from 22°C (72°F) in the day to a low at night of 7°C (45°F). Approximately 10 inches of snow falls in Banff each winter with greater amounts falling at higher elevations in the surrounding mountains. The comfortable temperatures make this area perfect for hiking the trails or horseback riding in the summer or skiing in the winter. Avalanches and the conditions which lead to them are closely monitored throughout the national parks in the Rocky Mountains; however they are still possible in some areas. Controlled avalanches are started by Parks Canada to prevent unexpected avalanches in ski areas or across highways.

There are many other National Parks in the Banff region. A trip through the Rocky Mountains would not be complete without visiting beautiful Lake Louise, Jasper National Park, the glaciers along the Ice Fields Parkway, as well as Yoho National Park and Kootenay National Park.

There are many species of animals within Banff National Park. Among them are grizzly and black bears, cougars, wolves, beavers, lynx and porcupines. White tailed deer, elk and moose can be found as well. Tourists are warned not to feed or interfere with the wildlife. All animals are wild and therefore very unpredictable. Bald eagles, red-tailed hawks, loons, herons and ducks can all be found during back country trips.

Back Country and Reservations

Back country camping along with hiking, skiing, horseback riding and climbing is allowed however a park permit is required. Reservations are required for campgrounds or other back country facilities. Back country areas are deep in the remote Canadian wilderness and extreme caution must be used by less experienced skiers, climbers, and campers in some areas.

Banff National Park is managed by Parks Canada. For more information on this park and other parks in the Rocky Mountains, please visit www.pc.gc.ca. 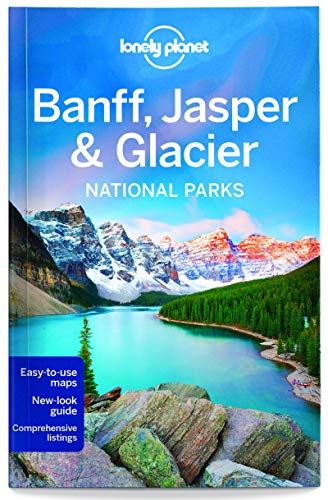