Everyone seemed to be driving the Volkswagen bug in the 1960’s. I resisted the trend, partly because I don’t like to be a follower and I didn’t consider it practical. At the time I was in college and delivering a newspaper motor route. My Volkswagen driving friends tried to convince me that it would be ideal for what I did. It would yield better gas mileage and was good at getting through the snow, of which we seemed to have plenty of in those years.

However, I also felt it was too small to hold the many bundles of newspapers I had to carry, especially on Sundays. They also lacked heaters.

I was always amazed at the people who bought these cars. There were some folks who were very big people and so large I couldn’t figure out how they got in the thing. Later they became symbolic of the Hippies who admired the “simple life.” They were a fad all around. Still I did not join the trend.

Many years later, when I moved to Illinois to work at the arsenal in Rock Island (a federal government Installation) I got the notion that the family might enjoy going on camping trips. My wife, Rose, and my son, 16, and daughter, 12, seemed to approve the idea. I searched the newspaper ads to find a camping trailer for a few hundred dollars. In the process I noticed a 1970 Volkswagen camper for about $800.

Out of curiosity we went out to look at it. After I test-drove it, I decided it was about what I would pay for a trailer anyhow and it was self contained and could be driven as an extra car. It was pretty basic since there was no stove, refrigerator, or bathroom/shower. But you could sleep in it.

The family seemed to be in agreement that I should buy it. I also bought a tent at a neighbor’s garage sale, since we would not be able to all sleep in the VW. However there was something wrong with the tent or my knowledge but I was never able to make the tent stay up. It didn’t really matter because the kids never wanted to go with us camping anyhow. Why did they want me to buy it? I still don’t know.

Maybe because of Arlo Guthrie and the movie “Alice’s Restaurant” the VW micro bus seemed to become a hippie symbol. It seemed to be hard to escape the image, although we didn’t have any peace symbols or flowers painted on it; we did have a tendency to follow folk festivals and probably fit right in.

For the next ten years or so my wife and I did take it on some camping trips. The first time we went to the Fox Valley Folk Festival at Island Park in Geneva, Illinois we stopped to talk to the local police to inform them we would be camping there since it was advertised that camping space would be available. The police seemed less than friendly and sort of made me feel like one of the hippies. It turned out that there was camping space in a field, which was overgrown with weeds.

Since we always traveled with our dog, one thing I do admire about that car is that it stayed cool on hot days and we were able to safely leave our dog in it.

The longest trip we took was to Denver. At the time I was hoping to find a job with the government printing office, which is in that area.

The trip was somewhat complicated by the fact that my wife could not drive a car without an automatic transmission and due to eye problems I found it impossible to drive at night. This was due to having a cataract removed and not being able to get an adequate correction for that eye. The problem was only resolved about four years ago with an extended wear contact lens.

We traveled from Illinois to the Minnesota-South Dakota border. To visit some friends. We traveled through the Black Hills and stopped to view Mt Rushmore, which Rose had not seen before. Fortunately out west there are a lot of free campgrounds and some even have good facilities.

By the time we got to Cheyenne, Wyoming we thought we got to the big city. After Cheyenne there seemed to be nothing until Colorado Springs.

I’ll have to admit to a bit of vertigo when we got into the Rockies. I drove there when I was younger with an ordinary sedan and my eyesight was normal. However, the VW had no hood and there was the illusion of looking straight down the mountainside. The van has the same 4-cyl engine as the VW bug. It was impressive how well it did keep up with the driving demand, until we got to Pikes Peak. Try as it might I reached the limits of acceleration and downshifting. Fortunately we were near the Estes park campgrounds and decided to stay the night there.

We eventually gave up on camping with the van and sold it. I would still like to get a more modern version of it with automatic transmission and other facilities. Unfortunately they are hard to find. 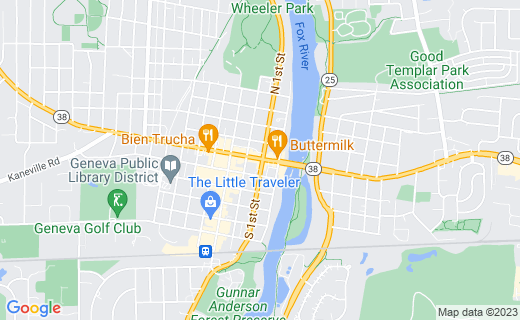 Did you ever own a Volkswagen Camper?