Thank Goodness for the Subway! 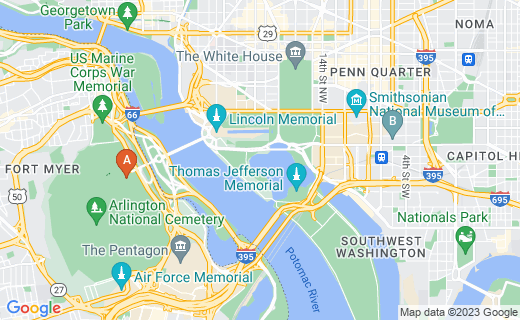 A Little Bit About Arlington

Okay... now I know some people see cemeteries as sad or scary places... but Arlington National Cemetary has a very interesting past and is a beautiful safe haven for families of persons serving in the military who have died in wars or after living long and happy lives.

Arlington is over 600 acres of land, that used to belong to the step-grandson of George Washington, and then was owned by his son-in-law Robert E. Lee. Robert E. Lee was the general of the Confederate Army in the Civil War. After the Civil War ended, Arlington was bought by the city and the government to be used for military burials. People who are buried here receive full military honors and services, and their family can be buried here too.

Some very famous people and ceremonies are held here every day, and you can also see monuments and memorials for different wars and events! I'll share some of the best with you!

A Few Pictures to Start...

The Tomb of the Unknown Soldier

One of the most famous ceremonies at Arlington Cemetary is for the Changing of the Guard at the Tomb of the Unknown Soldiers. Every hour of every day, in the rain or snow or heat, soldiers volunteer and go through rigorous training to guard the tombs of soldiers in different wars that could not be identified (that means people did not know who they were). A good soldier never leaves a man behind, so these tombs are guarded every day, even in hurricanes or snow storms. Each guard must walk 21 paces from one end of the black mat to the other. When they turn, they always turn and keep their rifle between the crowd and the tomb, symbolizing that they are standing between the Tomb and any possible danger. They switch places every half hour during the day, and ever hour at night. We took some pictures of the area, and some really great videos of the changing of the guard to share with you when we get back. We also were lucky enough to see a wreath laying ceremony, where students from a local middle school came to lay a wreath down in memory and respect for those soldiers.

Some people think that just members of the Army, Navy, Marines, Coast Guard or Airforce that were soldiers are buried at Arlington, but this is not true! Some of the other persons who deserve that respect were nurses who served in the military, astronauts, and doctors! Even a famous boxer is buried here! With so many interesting people to find, we tried to walk around the locate the persons with history or relatives you may know about or be interested in. The only person that we could not find was George Washington's grandson... Many of the trees along the driveway have been donated or given as gifts to the cemetary from other countries or organizations that felt like they wanted to give back to the soldiers that are always fighting for our freedom.

Some Other Interesting Facts and Historical Figures

The Air and Space Museum

We saw many planes the other day when we visited the Marine Corps. Museum, but this place had some new ones that we hadn't seen and then a lot of pieces from our travels into outer space! When we were walking around in this museum, it really felt like anything could be possible!

The "Air" Part of Air and Space Museum!

Orville and Wilbur Wright of North Carolina were always inventing and tinkering with things, even when they were boys! When they first got the idea to try flying in the early 1900s (over 100 years ago!) they began with little kites and gliders. Eventually, they were able to fly for short periods of time! The Air and Space Museum is home to the very first airplane driven by the Wright Brothers!

AuW, you once brought in a scrapbook with some information about Charles Lindbergh. He was one of the first pilots to travel across the Atlantic Ocean in a plane... by himself! He and his wife were sometimes a team that traveled together by air! Amelia Earhardt was another pilot, famous for being a female who attempted to fly across the globe on her own. Unfortunately, something happened to her plane, and they never found it... it remains a mystery to this day!

And Then Comes Outer Space

After mastering the art of flight, our next journey as a country was to travel out past the atmosphere and into outer space! It took many years of practice, and good and bad flights to make it there, but it gave us a whole new view on life outside of our planet Earth! We now know more about stars, moons and other planets!

Space Exploration: Humans Going to the Moon and Beyond!

Some Information About the Planets

In our solar system, eight planets (and a dwarf planet) revolve around our Sun! They are Mercury, Venus, Earth (ours!!), Mars, Jupiter, Saturn, Uranus, Neptune and Pluto (the Dwarf Planet). Those are in order from closest to the Sun to the farthest away, so we are third in line! They aren't all the same size though, and none of them are identical! Mars is smaller than Earth, but we think that it might have had water on it at some point because there is ice at it's North and South Pole. Jupiter, Saturn, Uranus and Neptune are known as "Gas Giants" because they are made of gasses in their air and we don't know if there is any land to stand on! Check out some of the cool information we found about the planets and stars! We also saw a Planetarium show about how stars are born, but they wouldn't let me take pictures or videos... Sorry guys! :(

Tomorrow, we will be driving out of Washington D.C. for a little bit to visit Mount Vernon, the home of President George Washington!

We loved talking to you on video chat today, and can't wait to talk to you and see you again soon!! Stay tuned!! :)