A Weekend In Amsterdam

Amsterdam is the Netherlands’ capital and Euro's is the currency (we would recommend getting a We Swap Card for ease as this was accepted everywhere). Everything from travel, food and attractions were very similar in cost to the UK so it was relatively easy to budget for!

Although the native tongue is Dutch, everywhere we went the locals spoke English perfectly and we had no problems communicating.

Amsterdam has an eclectic, and eccentric artistic heritage. The canal system and narrow houses is extraordinary and worth spending a few hours on a cruise to see!

The Museums District houses the Van Gogh Museum, works by Rembrandt and Vermeer at the Rijksmuseum, and modern art at the Stedelijk.

Cycling is key to the city’s character, and there are numerous bike paths (Always keep your eye out so you don't get run over). The tram system there is like no other! Quick, affordable and can get you around the city to see all the sights without any anxiety!

We would highly recommend going on Iamsterdam and getting a city card ahead of time to get better deals when visiting museums, the zoo and transport links!

We flew from Edinburgh Airport (with Easy Jet) and got a transfer bus to the 4 Star hotel Ramada Apollo Centre. The room was spacious, lovely en suite and we had the view of Rembrandtpark. The cocktail bar on the rooftop had an amazing view of the city and the staff were super friendly!

Before we got there we got a City Card as we knew we would be travelling to most places via the trams (avoiding being run over by bicycles).

We all know Amsterdam gets the reputation for it's legalised activities and many people venture there to do just that, which is fine but wasn't the reason why we were going.

The easiest way to either partake or avoid space cakes or marijuana, in general, is to know where to go or avoid.

So to partake in this activity head to one of the hundreds of Coffeeshops, as far as we could see there weren't exactly clear signs that say "We sell marijuana here" but let's just say you can tell as most of them have symbols and the obvious smells coming from punters smoking/vaping. We did spot some that said they didn't accept card so good old cash in hand then! The research we did suggested there was a limit to how much you can buy from one establishment and you would have to be 18+ and provide ID. Alternatively, we did see plenty of Space Cakes and lollipops in the windows and convenience stores if you want to try edibles!

Walking past we couldn't see if they provided bongs or pipes and most people were smoking joints, but near enough every other shop had them in the windows!

On the other hand, there are lovely Cafés (not selling marijuana) all over the city where they have great food and drinkable coffee are called koffiehuis (which translates to coffee house in English). Most also had soya milk options too which was handy for us!

We found out whilst there that smoking marijuana outside of designated establishments was actually illegal in public! So if you're thinking everyone man, woman and child are going to be smoking a joint here, there and everywhere - you're wrong! We also spotted a couple of wee shops that sold magic mushrooms (we presume other hallucinogenic too) but we're not sure the legal proceedings with that so definitely do your research!

If you are planning on trying, we would say buy from a proper vender and most importantly stay safe!

One of the main reasons we were going to Amsterdam was to go see Nickelback, we missed the opportunity to see them in the UK so we decided to venture to the Netherlands to see them live!

The venue itself was spectacular! It's easy to find, not chaotic getting in or out of the place either! The sound system was great, we were standing and didn't feel as if we were going to get trampled or have a bad view of the band. It was laid out very well and there was plenty of bars and merchandise stalls too!

We would highly recommend and return for other live performances!

These sculptures are in Rembrandt Square, and are extraordinary! Lots of tourists stop by the busy square for food and pictures with these remarkable statues! This obviously made us want to see the real thing at the Rijksmuseum (where we also got to see Van Gogh's self-portrait). It is on permanent loan to the Rijksmuseum, as the best-known painting in its collection.

Sometimes known as The Shooting Company of Frans Banning Cocq and Willem van Ruytenburch, The Night Watch (Dutch: De Nachtwacht), is a 1642 painting by Rembrandt van Rijn. The Night Watch is one of the most famous Dutch Golden Age paintings. The painting took up a whole wall, the people were to scale and the unbelievable attention to detail, if you appreciate art it has to be top of things to go see whilst in Amsterdam!

If you have any interest in science and the human body we would HIGHLY recommend going to Body Worlds!

Book your tickets ahead of time to get better deals and availabilities!

This place was incredible! It's hard to explain what to expect, but sheer amazement!

Other Tourist Must Do's

Make sure to check your City Card to see what deals you can get, we managed to save a small fortune buying a couple of attractions at the same time!

The Zoo was a great day out for animal lovers, the tram took you pretty much to the doorstep, we didn't see anything we hadn't seen before but it was a nice way to spend a few hours!

If you like getting a wee scare and learning about the history of Amsterdam, then go to the Dungeon. We've been to ones in the UK but this was far better! The actors, costumes, and props were great and really realistic!

There are several companies that offer canal cruises so there are plenty to choose from! We went for a simple one through the canal systems, and the tour guide audio guides were very informative! I didn't get seasick (usually do on small boats) so for anyone who wants to avoid going on a boat, it's not the same at all! Some of the other companies included meals but we were stuffed from the Argentinian Steak House!

There was a large market on whilst we were there, we think it was a regular occurrence where local artists and vendors sold everything from jewellery, bongs to leather jackets at very reasonable prices!

We also took a walk through the red-light district during the day and at night to see the difference! It was so beautiful with the bridges with bicycles attached, and canal going through the centre. That was until you took a closer look and saw all the women trying to entice punters and their bodyguards (we presume) not that far away. It actually felt quite depressing once that happened, I know a lot of people go to Amsterdam for that reason but I couldn't help but feel awkward and wanting to get out of the area.

We also noticed a sex museum with lots of tourists going in near Body Worlds, but we didn't get a chance to see what it was about.

We really wanted to visit the Anne Frank Home but we didn't book it ahead of time and we couldn't get any tickets whilst there! So it is high on our list to do on our next visit there! 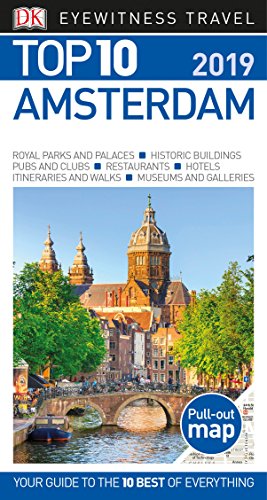 Looking for a city break?

If you are planning a city break, we would highly recommend looking into going to Amsterdam! The city is beautiful, the people are friendly and there is plenty to do no matter what you like to do! It's very reasonable for travel, accommodation, eating out and going to attractions!

We definitely have plans to go back again!