What we imagine upon hearing the word 'beautiful' is often tender, springlike, feminine; but beauty can be fierce as well as gentle. The beauty of the Rocky Mountains is like that - ferocious; full of starkly contrasting hues and rugged lines in all its landscapes.

When I traveled that land, I could for the first time understand to some measure the mindset of pioneers and natives. Courage is required to face a land of such uncompromising loveliness, whose breathtaking beauties may kill you as easily as delight you. Of course our modern conveniences have alleviated most of the immediate survival threats, softening the razor edge of the wilderness quite a bit. Part of me regrets that, I must admit.

Generally speaking I object very strongly to man's encroachment upon the wild places left in the world, which are all too few already. I feel we must jealously guard what is left, or we will certainly kill our planet.

That said, there are exceptions to my feelings in this regard, on perhaps a purely aesthetic rather than pragmatic level; one example of this is the presence of the Union Pacific Railroad line skirting the Rockies along the borders of the magnificent Colorado River. My personal belief is that one mistake made early in the history of this country was in neglecting the railroads in favor of highways; that aside, to see and hear the long, angular, segmented serpents of cargo trains trailing their long plumes of steam and smoke as they hug and circle the rocks just above the tumultuous water is marvelous. It holds the bittersweet flavor of what once was, in the Old West, and of what might have been had the choices made been different ones when building America's infrastructure. 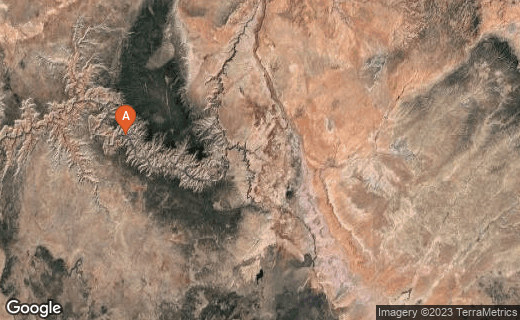 The mouth of the powerful Colorado River.

We tend to use metaphors we no longer fully understand, because when they were initially used, they were based on people's actual experiences. They remain in use when their meaning is largely lost, and thus become cliches. It's a tragic end for many rather brilliant verbal comparisons, but it can sometimes be undone in part by experiencing what the word-picture actually illustrates.

This is true, I found, of tunnels through mountains. I often heard that when facing an obstacle, one should often not attempt to go around it, but rather steel one's spine and go straight through it. This is what was done, of course, in creating tunnels through rock. The Colorado Rockies are certainly not exceptional in this regard, but the drama inherent in their tunnels is unusually intense, as is the landscape in its glorious entirety.

When I approached this tunnel, and others like it, the immensity of the task it was to build it struck me with an entirely new force. In our modern Instamatic, fast-food, get-it-NOW, disposable society, we may talk about 'bulling through obstacles', but we often have no real concept of the fortitude, courage, and respect necessary to actually accomplish it intact. When everything comes too easily to people, we begin to have a cavalier attitude, and to think ourselves far more accomplished than perhaps we really are.

What was true for the builders of these tunnels is true for us as well on our own journey: don't be careless in assessing the risks of dealing with obstacles. Impatience is foolish; exaggerating our ideas of our own strength can wield deadly results. The world around us deserves our respect, and we ought also to respect ourselves enough to consider options carefully - whether building a tunnel or building a life.

From Colorado to Utah

Once I left Colorado, I entered Utah, which was a first for me. I must say that I anticipated boredom, which was quite a mistake on my part. I knew only that in comparison to Colorado, Utah was reputed to be a barren place. This led me to expect little in the way of interest in the landscape; on the contrary, however, I soon discovered an entirely new kind of fear. We do not often feel the edge of survival-driven fear in our society; at least not fear of the elements. Utah is a place of near-reverent fear, inspired by its terrifying quality of light, its sheer cliffs and enormous canyons; its generally uncompromising, deadly personality.

The quality of light in Utah was all-or-nothing in a way I was not used to; shadows were deep and black, or they did not exist. The sun illuminated everything with seeming ferocity, dazzling the eye and the mind. Oh, it is certainly beautiful; but it is not a comfortable beauty by any stretch of the imagination.

As I stated at the end of part I, winter's brutality makes clear that fire is needed to revive what lives in death-like slumber, to set it alight with warmth.

What happens first, though, is that a great desolation appears that seems to deny even the possibility of growth, new life, and beauty.

In physical terms, the trees so abundant at the Continental Divide gave way to tundra, and the landscape became oppressively dreary despite the distant cold beauty of the snow-covered peaks on the horizon. Vast flat lands defy you to cross them between laboring up and down the winding mountain roads.

If I had known what breathtaking, terrifying depths and heights of wilderness lay ahead in Utah, I would not have braced myself for boredom. Never before have I seen the layers of rock strata so sharply defined; never have the shapes of rocks and cliffs seemed so emphatically etched against the deep sky, punctuating it like screams. More than once I approached the summit of a mountain road and gripped the steering wheel in terror, feeling certain I was about to drive straight off the edge of the world. The vertigo of feeling that nothing around you is taller, that the sky is all that remains above you, is dizzying.

The only loveliness in Utah for me was the fearsome beauty of a brutal, harsh, unforgiving landscape. Utah was my burning-place; the clear eye of the sun makes the ground nearly sizzle, while snow remains in white drifts wherever the least shadow covers the ground. There is no shelter here; death by ice or death by fire is all there is.

It was the same for my internal landscape. The sun was like a finger of fire, searching my soul without tenderness and pointing, accusing, passing impersonal judgment. The fire sought the Phoenix on her pyre, and what was worthless fell to ashes.

Does it seem pitiless, without mercy? In a way, it is. As a pagan, I understand there is both cruelty and gentleness in this realm of Nature. They provide a vital balance.

This is a teaching place; no one owes you a comfortable life, no one promised you endless rainbows. Expect and demand them at your peril; you will get what you need to learn the lessons expected of your soul at this stage of its development. That includes relentless fire and harsh winter, as well as the tender new growth of spring with its profusion of flowers and lush warmth.

Receive gifts with gratitude, but know that winter will find you when the time comes. Live in glory when the heights of the sky are given you, but know that every Phoenix burns before it is reborn.